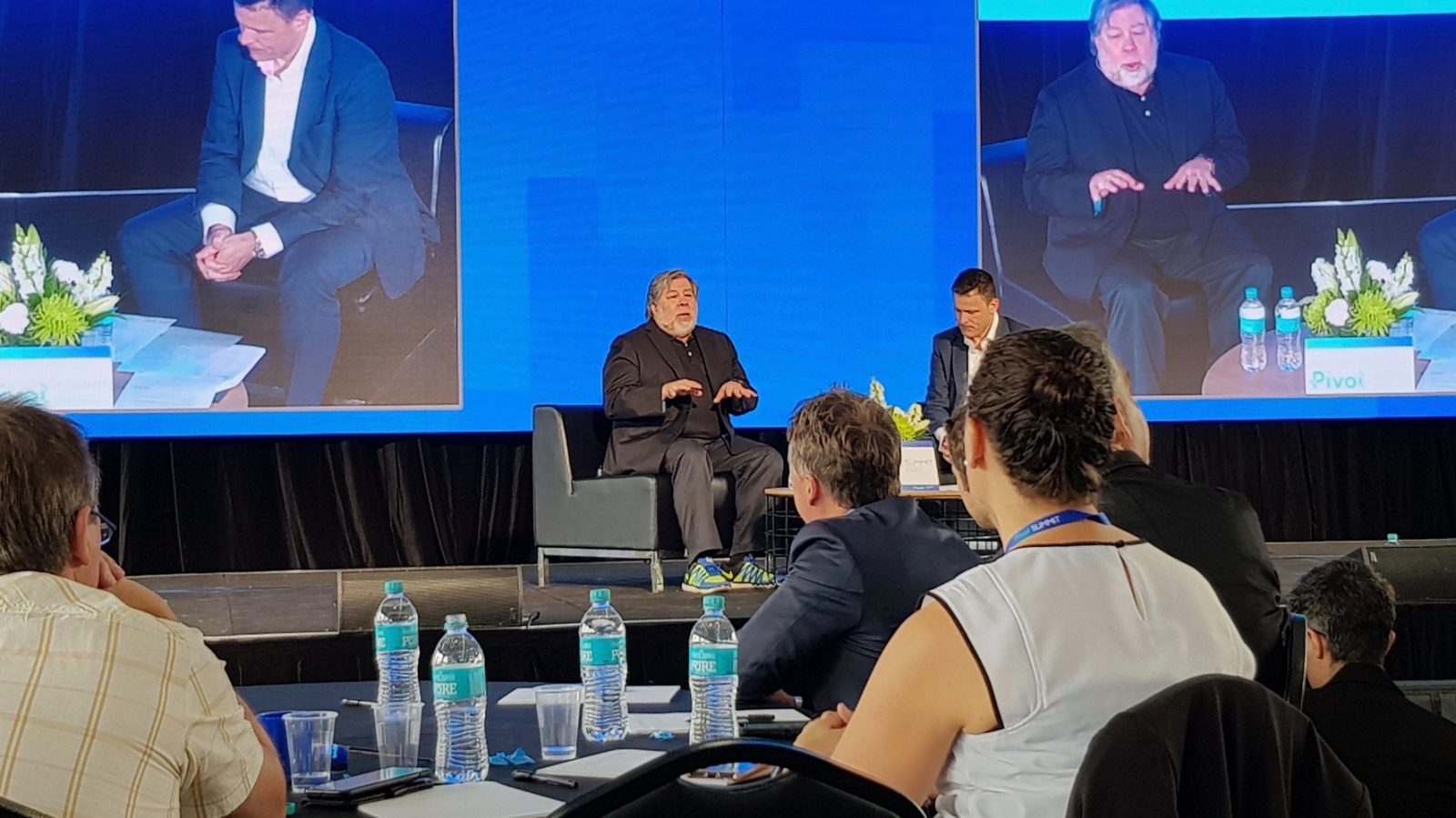 Speaking at the Pivot Summit in Geelong, Victoria today, Apple co-founder Steve Wozniak shared a few new tidbits about his experience with the iPhone X so far and his thoughts on Face ID vs. Touch ID. Woz also offered up a few anecdotes about his years working with Steve Jobs. Wozniak is one of several speakers at the one day conference focused on providing insight about emerging technology.

Speaking prior to the launch of the iPhone X, Wozniak expressed that he wasn’t interested in picking up the phone on day one, offering little explanation as to why. Apple CEO Tim Cook decided to remedy the situation himself and personally sent Woz an iPhone X to try out. His verdict? “I kinda like it.”

Woz followed up his comments by saying he still prefers Touch ID over the iPhone X’s Face ID, wishing a fingerprint sensor had been embedded in the back of the phone, as was widely rumored before launch.

When asked about Steve Jobs, Wozniak compared his former colleague to Tesla CEO Elon Musk, saying that the two weren’t similar in ideas, but had a similar vision. He explained that building products for your own needs usually leads to a better result – in Apple’s case, the iPhone, and in Tesla’s case, electric vehicles.

Tim Cook sends Woz an iPhone 10 because he said in an interview he didn’t have time to get one. Spends 2 all nighters setting it up – “I kind of like it” #PivotSummit2017

Finally, Wozniak amusingly revealed that he was an early investor in the cryptocurrency Bitcoin, wanting to experiment. After having seven Bitcoin stolen, he gave up the investment. Woz might be wishing he’d persevered however, as Bitcoin continues to rise in value. Just today, the wallet app Coinbase became the most downloaded app in the United States.

.@stevewoz tried to buy some #bitcoin back in the day from Mt Gox. He just wanted a few to experiment with #PivotSummit2017

Check out a few more photos and tweets from the interview below. We’ll update this post if a full video of the event becomes available online.

"Steve Jobs never understood #computers, hardware or software, but he did understand people" @stevewoz. Sound familiar? You don't need to know the ins and outs to be a founder 👌 #PivotSummit2017 #innovation #startups #startup #Tech #FutureTech #business #technews #founder #IT pic.twitter.com/IV5cZvFDtY

Getting in trouble for "showing off to the girls" that they can wire up and tap into any phone. Oh the things they used to do in college. @stevewoz & Steve Jobs. #PivotSummit2017 #innovation #startups #startup #Tech #FutureTech #business #technews #outplay #EmergingTech #Apple pic.twitter.com/c0w3C2Fw8b