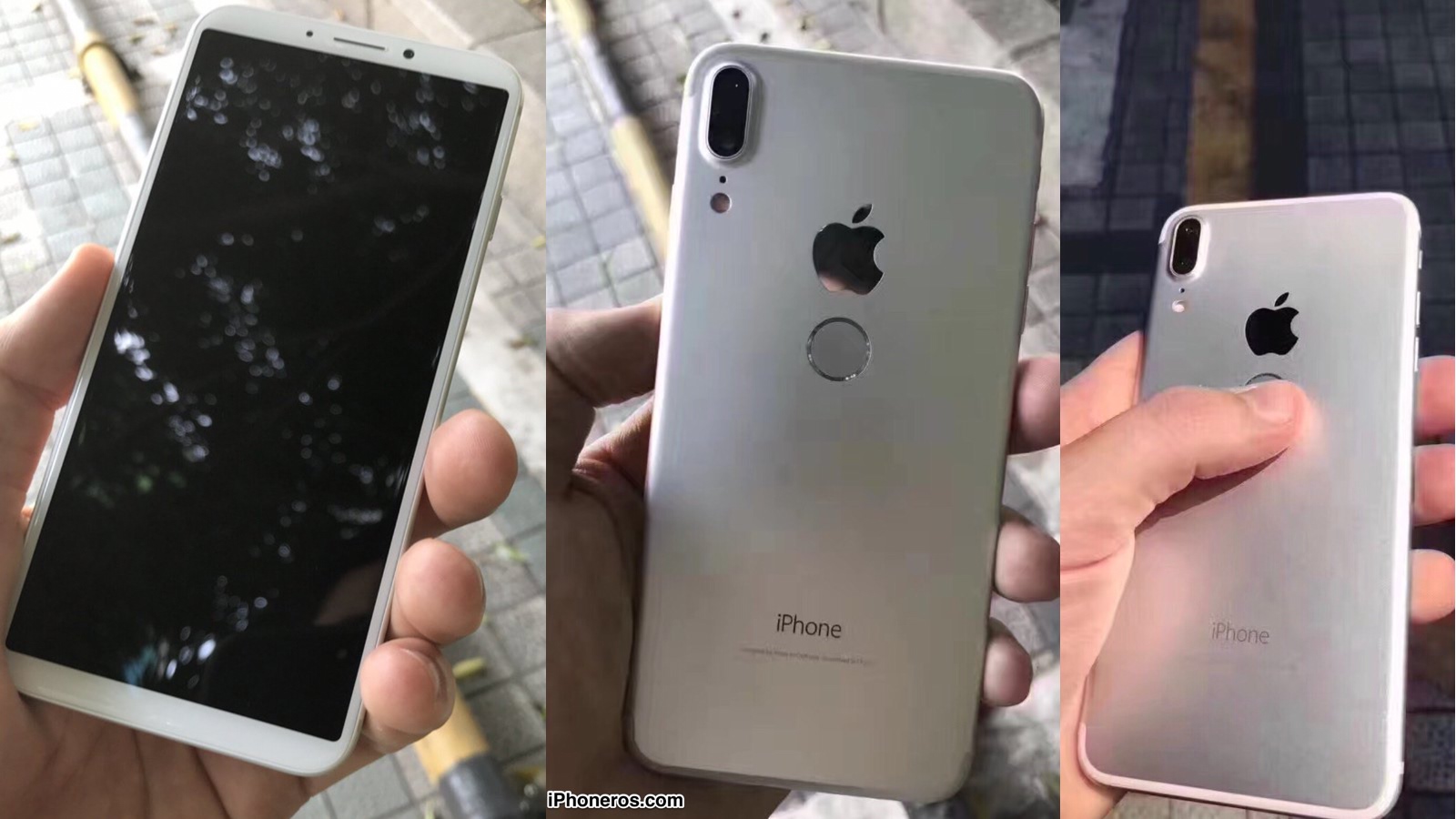 A handful of images have emerged this morning claiming to show the upcoming iPhone 8 with rear-placed Touch ID. The images come from Chinese site iPhoneros and are the clearest look yet at a design that has seemingly been at least prototyped by Apple…

One iPhone 8 aspect that continues to lack consensus is where Apple will place the Touch ID sensor. Some reports have claimed that Touch ID will be located beneath the iPhone 8’s display, while others have said it will be placed on the back due to manufacturing difficulties.

Today’s images show the Touch ID sensor placed on the back of the device, directly below the Apple logo. The placement matches earlier leaked CAD drawings, showing the vertical camera design, camera flash placement, and more.

Some have claimed in the past that such a design on the back could actually be for wireless charging connections, though these images seem to make it pretty clear that it is indeed for Touch ID.

Building on the images shared by iPhoneros, Twitter leaker Benjamin Geskin has shared a separate image showing the front of the device, including a nearly bezel-less design. While some concepts and leaks have depicted the screen wrapping around the speaker and front camera, this leak shows there still being a small top bezel housing those cutouts.

As for the legitimacy of these leaks, iPhoneros claims that the pictures come from a Chinese source that has provided correct images in the past and “never sent us false information.” Meanwhile, Geskin casts doubt as to the legitimacy of the leak. Either way, it seems likely that this is at least one design Apple has tested, though it’s unclear if it’s the design that will ship to the public later this fall.

iPhone 8 leaks have been coming rapidly recently, with the main discrepancy between each one being the placement of Touch ID. In a poll we ran last month, readers were split between whether or not they would buy the iPhone 8 if it didn’t feature in-display Touch ID. 44% said they will buy the device either way, while 43% said they would wait for a later model.

View a gallery of today’s leaked design below and let us know what you think of it down in the comments.