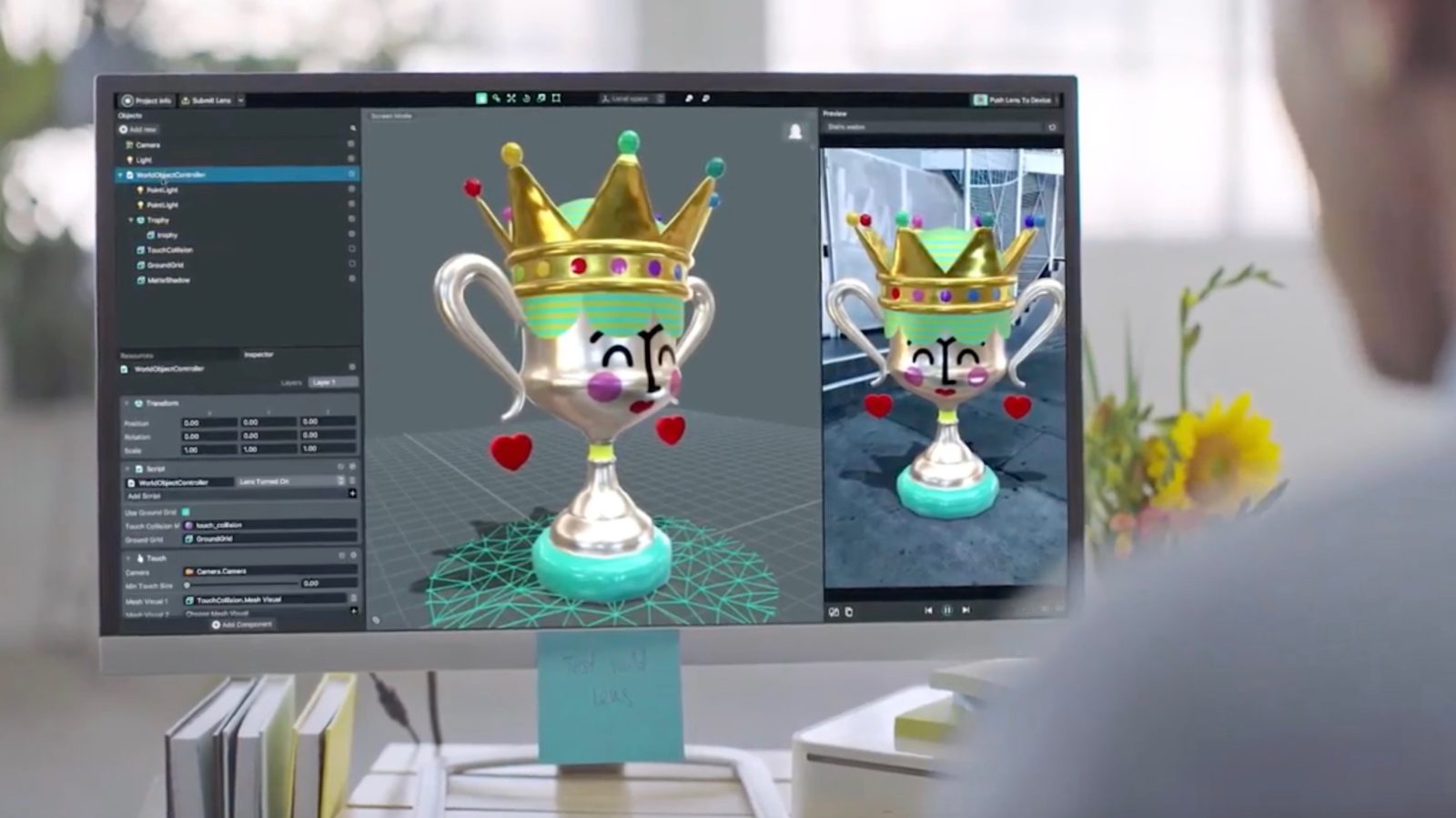 Snapchat has become known for its viral AR filters and today the company is making it easier for anyone to take a stab at designing them. As announced in a company blog post, Snap has released a new Lens Studio design app for macOS and Windows in an effort to spur AR growth and creativity…

Snap explains that Lens Studio offers guidelines and frameworks that help users build World Lens filters. These are the filters and objects that you see when using the rear camera in Snapchat. Currently, Snap isn’t allowing just anyone to build face filters and instead is limiting that to advertisers.

Once you’ve created your Lens, the desktop app will generate a special Snapcode that you can share anywhere to unlock your filter. As The Verge notes, there’s no formal approval process for creating Lenses, but rather a basic set of frameworks and guidelines within the Lens Studio app on desktop.

In Lens Studio, you can design both 2D and 3D filters, using tools that Snapchat has built-in to the app. For instance, there’s a scripting API that lets you adjust shape and effects.

Snapchat says Lens Studio will help invigorate augmented realty growth and allow anyone to express their creativity through the platform:

“This has been an amazing year for AR as a technology,” says Eitan Pilipski, who leads Snap’s camera platform team. “We’re really excited to take this tool, and make it as simple as possible for any creator out there to have a presence on Snapchat.”

“We want to empower and evangelize a new ecosystem of creativity,” Pilipski says.

Of course, Snap is also hoping that Lens Studio will be a boon for advertising. The company has partnered with seven ad agencies who will be able to build face filters and World Lenses and subsequently place them inside the app “for a price.”

You can download Lens Studio now for free. Snap is planning a series of “Lens Studio challenges” next year, which it hopes will attract creatives and developers to the platform.