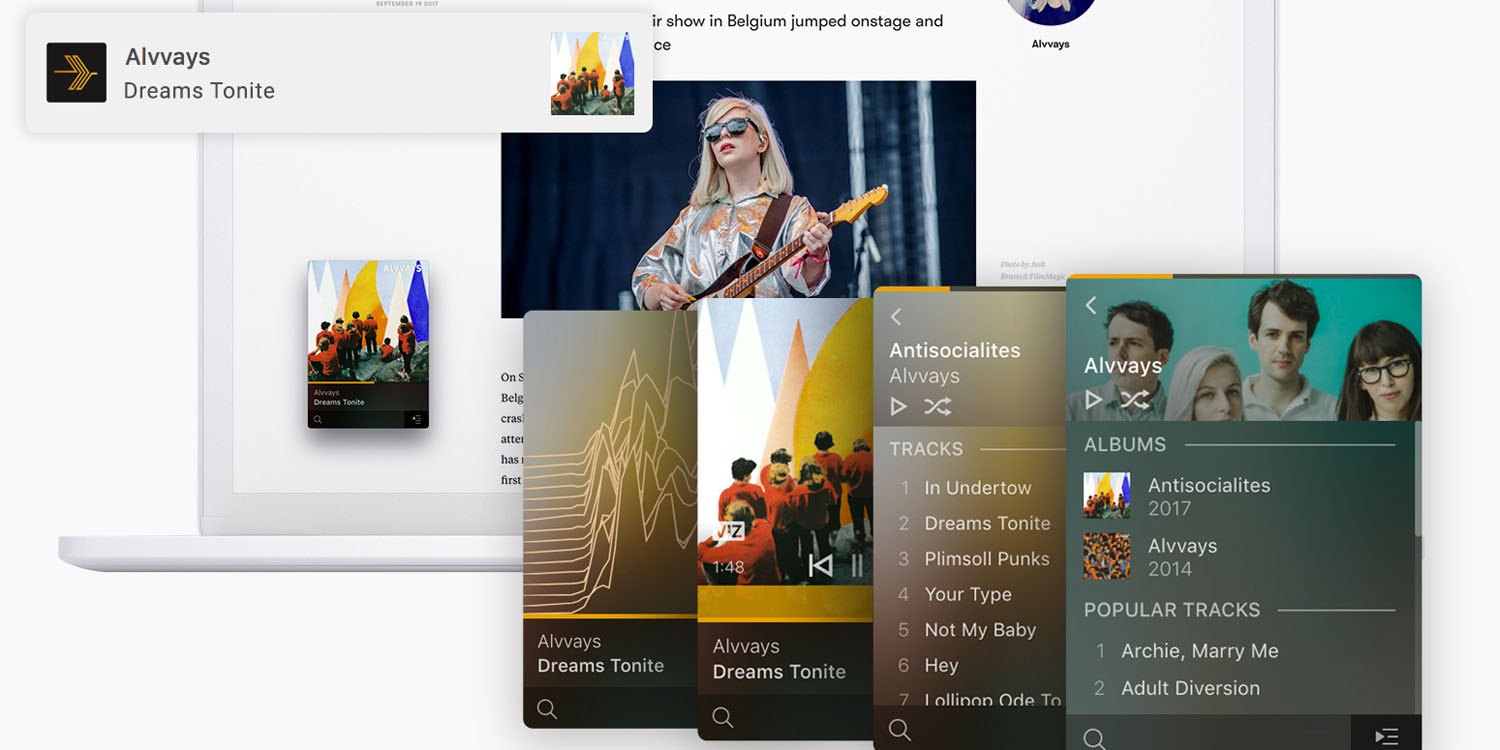 Plex Labs, an incubator designed to support passion projects, has just announced its first product. Plexamp is a desktop music player for both macOS and Windows that aims to combine powerful features with a small footprint and minimalist interface.

The company said that the project began over a beer …

We love music. We love Plex. We thought we might combine those passions.

It all started over a beer — as most great things do — re-envisioning what a tiny and powerful music player might look like in 2017. The most classic and beloved small audio player, Winamp, was first released almost exactly TWENTY years ago […]

Literally the only requirement we had was “small”; Plex has plenty of bigger apps already, but nothing that sits unobtrusively on a desktop, beguiling and delighting. We even forced ourselves to limit the design to a single simple window.

As you’d expect from Plex, it’s a beautiful-looking app, but despite the simple appearance, it’s not short on features. It plays pretty much any format. It supports Mac media keys for play/pause and next/previous track. And it provides remote control: ‘can be used to remote control other Plex players and can be remote controlled itself.’

Visualization fans will be pleased to see a set of built-in ones, and the company says it has also sweated the details, with things like visualizer color palettes drawn from the album art. You also get gapless playback and soft transitions on pause/play and track skipping.

Starts with earliest released music and works forward, to provide you with a whirlwind, genre-bending voyage through the history of music. We love starting our mornings with this (and coffee; lots of coffee).

Plexamp is a free download for Mac and Windows. Check out the FAQ for more info.