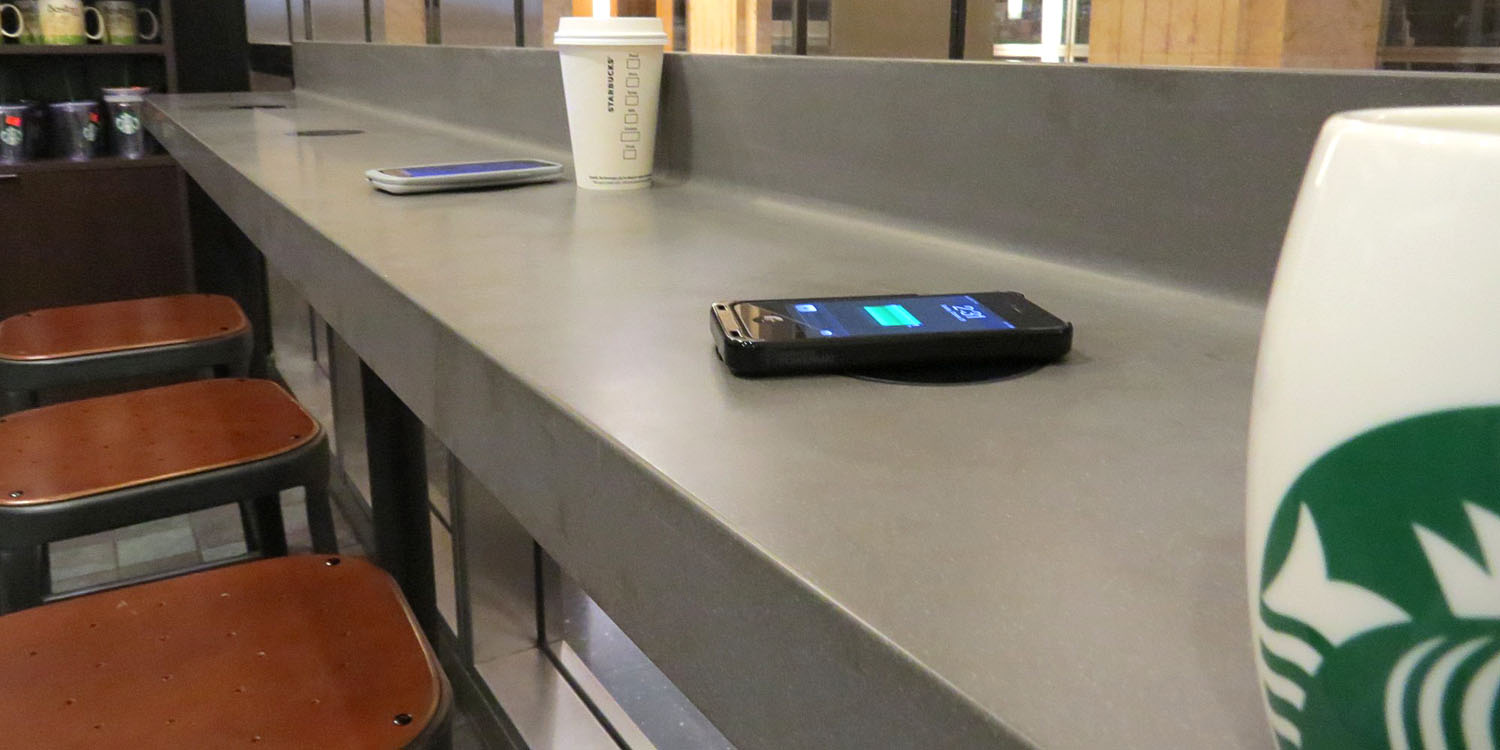 If you’ve tried charging your iPhone 8 or iPhone X from one of the public charging mats available in places like coffee shops and airports, you’ve probably already discovered that not all of them work …

That’s because some of them were supplied by Powermat, which uses a competing standard for wireless charging, compatible with some devices but not others – including iPhones.

That’s all going to change, though, as Powermat last week finally announced that it is joining the Wireless Power Consortium and will in future ensure its chargers are compatible with the Qi standard used by Apple and others.

Powermat was one of the pioneers that recognized the value of wireless charging. By joining WPC, it further unifies the wireless charging ecosystem behind the Qi global standard, which will accelerate wireless charging adoption and make it more convenient for consumers to use wireless charging wherever they go. WPC will leverage Powermat’s expertise in technology innovation to support more use cases including higher power and expanded special freedom.

Apple supporting Qi has already resulted in many chains updating their charging mats. Starbucks, for example, which uses Powermat chargers, had the company retrofit them with Qi compatibility. The main losers will be those who bought cars which used Powermat chargers and which likely won’t be updated.