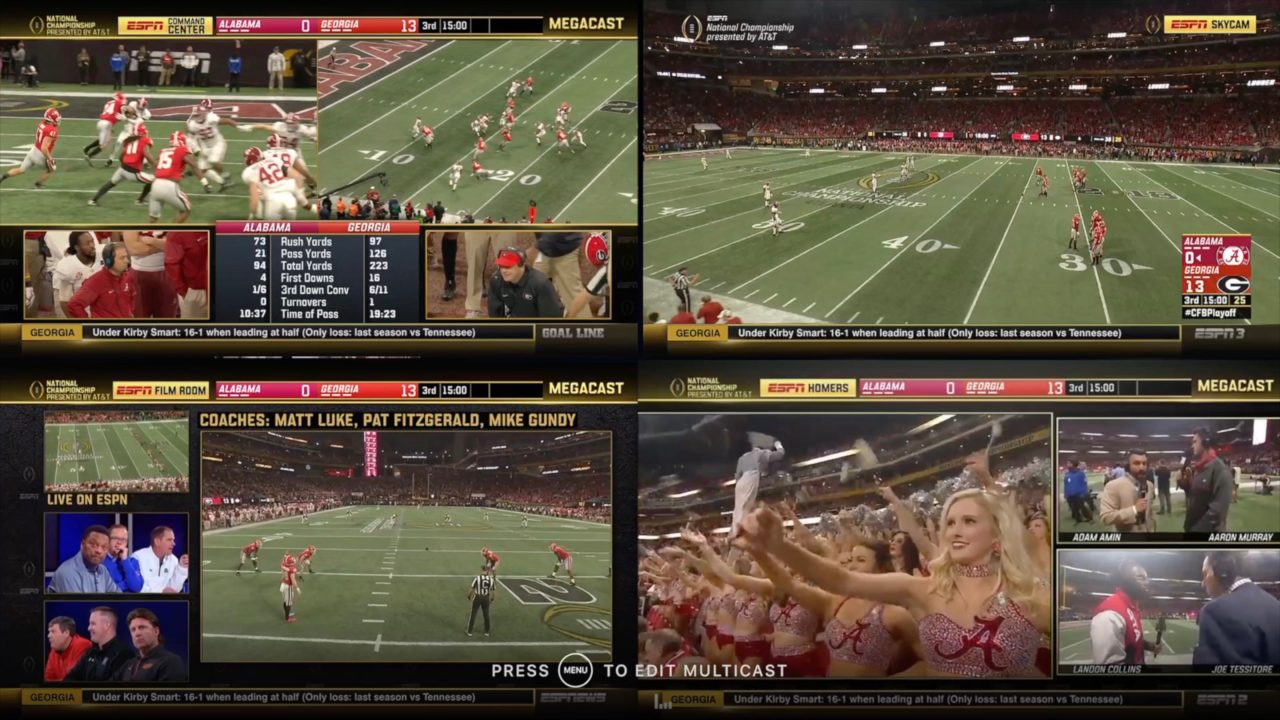 ESPN’s MultiCast feature works on both current models of Apple TV streaming boxes: Apple TV (fourth-gen) and Apple TV 4K. The feature is killer for quickly switching between multiple games, but it’s also neat to try when watching one event when ESPN has multiple camera feeds.

The ESPN app plays the audio of the game in focus, and you can quickly go totally full screen on any feed with a click, rearrange games by clicking and dragging, and remove or add additional feeds from ESPN’s stream browser.

On-screen instructions make the whole experience super simple to use. Seeing four live feeds so well presented on Apple TV makes you wish Apple supported split screen and picture-in-picture features across the platform and not just in apps that make their own version. For example, I rely on live TV streaming from Hulu for live sports on local channels but split screen only works in ESPN’s app.

ESPN also integrates with the Apple TV app which brings useful features like on-screen alerts for game activity for favorited teams. Sports features in the TV app work on both tvOS and iOS for Apple TV, iPhone, and iPad.