What do you think of the growing trend of gigs banning phones? [Poll] 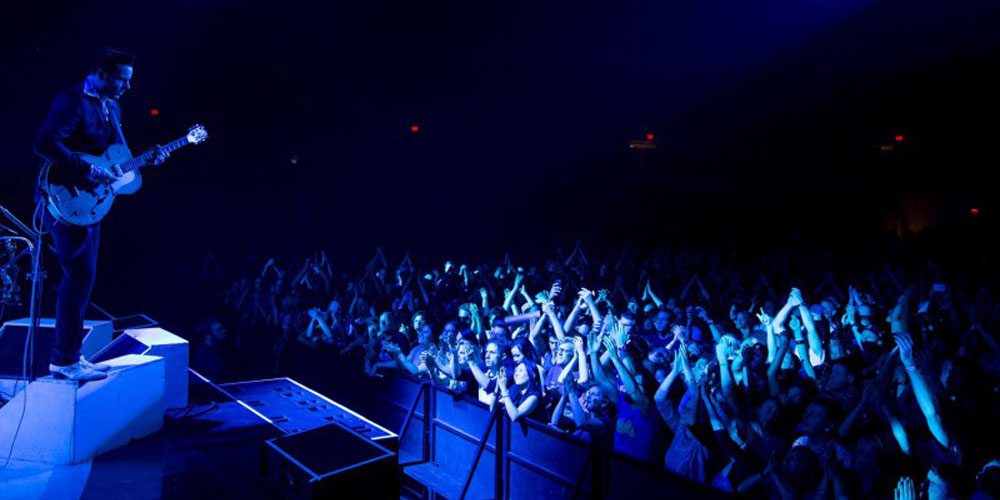 Former White Stripes frontman Jack White has become the latest artist to announce a ban on the use of phones at his gigs, saying that he wants fans to focus on enjoying the experience.

We think you’ll enjoy looking up from your gadgets for a little while and experience music and our shared love of it IN PERSON.

Upon arrival at the venue, all phones and other photo or video-capturing gizmos will be secured in a Yondr pouch that will be unlocked at the end of the show. You keep your pouch-secured phone on you during the show and, if needed, can unlock your phone at any time in a designated Yondr Phone Zone located in the lobby or concourse.

Yondr works in a similar way to security tags used in many stores: once the pouch is closed, it can only be opened by tapping it onto an unlocking base.

White has previously spoken more, uh, directly about the issue.

White suggested that he is “wasting time” performing for people who “can’t even clap” because they have a phone in one hand and a drink in the other.

“People can’t clap any more, because they’ve got a <expletive> texting thing in their <expletive> hand, and probably a drink, too!” White told Rolling Stone on the subject of the changing atmosphere at live shows.

But while he may be more vocal about the issue than other performers, Engadget notes that he’s not the only one with a no-phone policy.

White is following the lead of Alicia Keys, Dave Chappelle and other performers.

Personally, I have mixed feelings. There’s nothing worse than finding your view of the performance obscured by half the audience spending the entire concert holding their phone up, so from that perspective, I’m all in favor. At the same time, I do tend to like to create a personal memory of the event by taking maybe two or three photos in the course of the evening – careful to ensure that I’m holding up my phone for just a few seconds.

That said, I wouldn’t dream of taking a photo during a play, so maybe we should treat concerts the same way?

What’s your view? A great move to ensure you can fully enjoy the experience? Or would it spoil things for you to be unable to take your own photo? Let us know through the poll and in the comments.