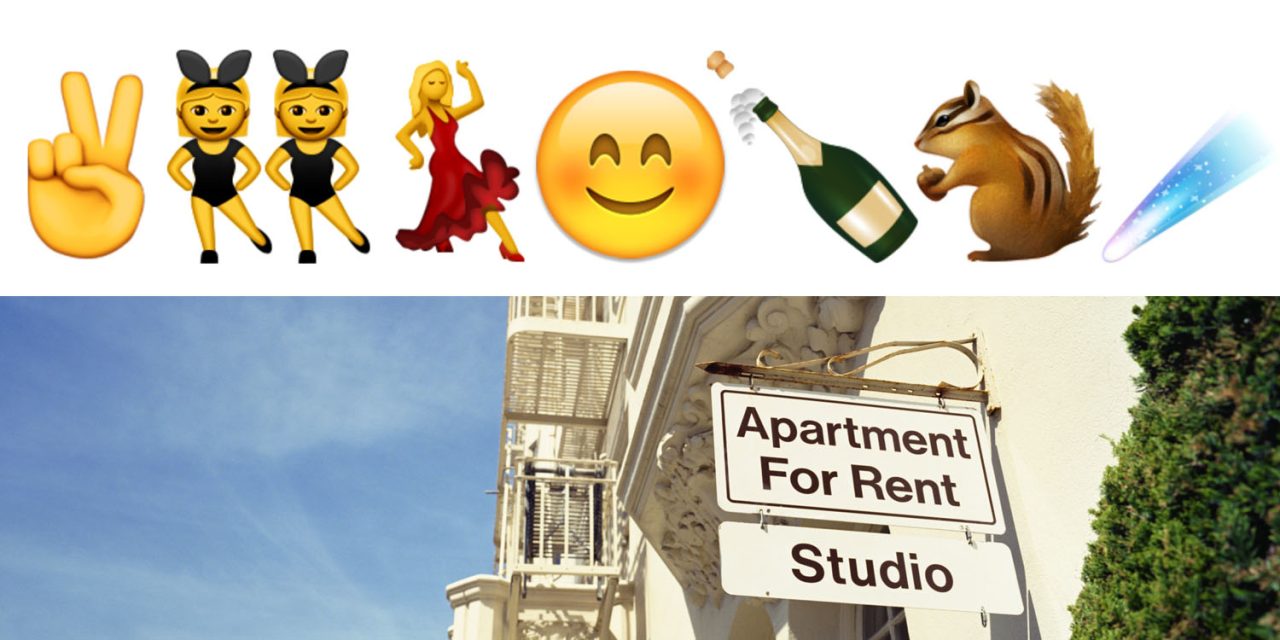 The WSJ reports that this is just one instance of lawyers and judges having to interpret the meaning of emojis in emails, texts and other communications.

The study […] discussed a case in Israel that involved a couple looking for an apartment. They texted a landlord a series of emojis, including a smiley face, a comet, a champagne bottle, dancing yellow Playboy bunnies and a chipmunk. The landlord believed, based in part on the emojis, that the couple had agreed to rent the apartment. He took down the listing, then sued them when they stopped responding to his messages.

A judge found in favor of the landlord, reasoning the couple had negotiated in bad faith, and fined them a month’s rent as damages, according to the Deakin study.

A judge in another case ruled that the addition of a :P emoticon meant that the message to which it was appended didn’t constitute defamation.

A comment on an internet message board appeared to accuse a local official of corruption. The comment was followed by a “:P” emoticon.

The judges on the Michigan Court of Appeals concluded in 2014 that the emoticon “is used to represent a face with its tongue sticking out to denote a joke or sarcasm.” The court said the comment couldn’t be taken seriously or viewed as defamatory.

The difficulty of interpreting the legal meaning of emoji was highlighted by senior lawyers trying to reach a conclusion on the unamused face emoji.

Lawyers gathered at the Atlanta office of a big law firm were debating a head-scratching legal question. What does the emoji known as the “unamused face” actually mean?

They couldn’t even agree that the emoji in question—it has raised eyebrows and a frown—looked unamused.

The paper reports that the interpretation of emoji and emoticons featured in at least 33 court rulings last year, a number that is steadily increasing.