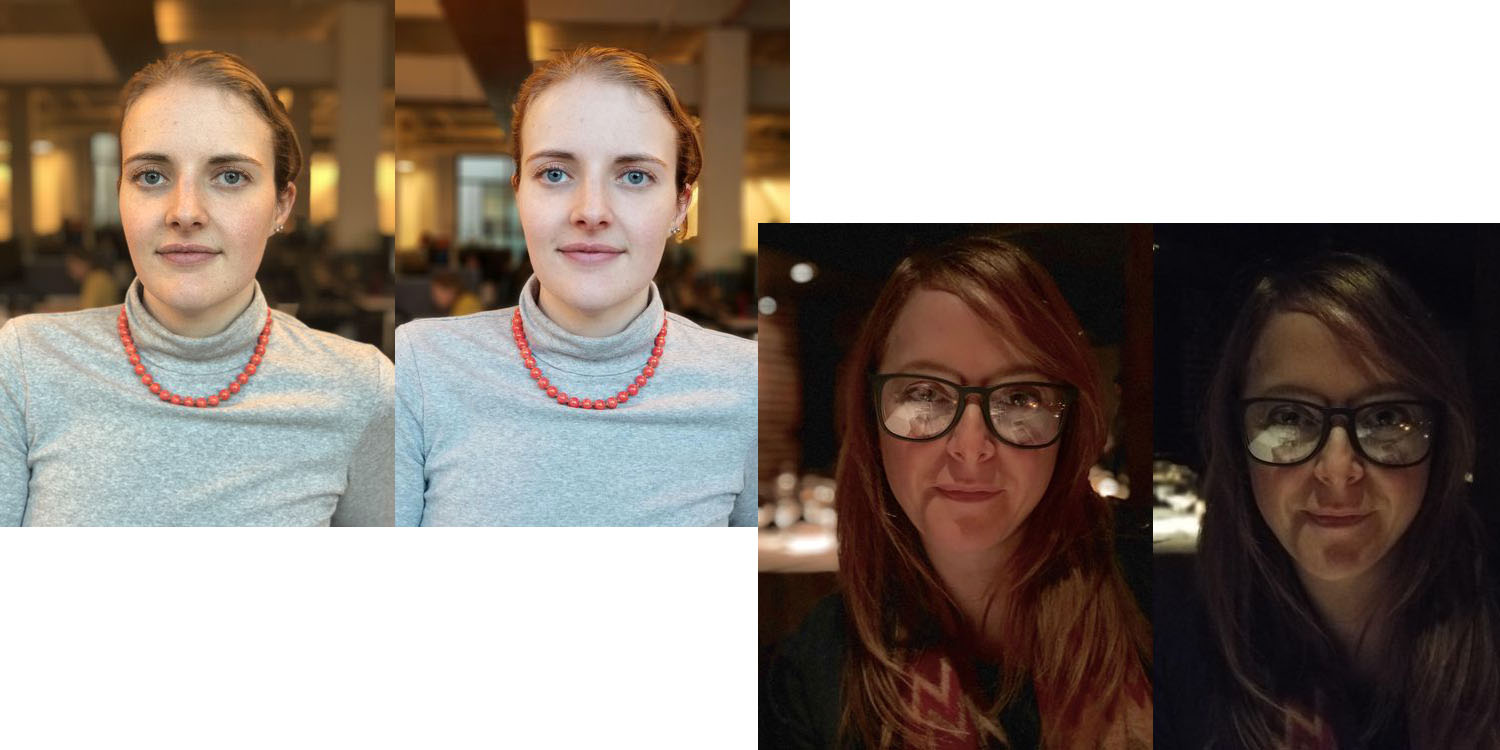 CNET’s Josh Miller did a photo and video shootout between the iPhone X and Samsung’s Galaxy Note 8. On paper, the Note 8 camera has marginally better specs – wider aperture for wide-angle and selfie lenses, and 8MP against 7MP – but he declared the iPhone X the overall winner …

Interestingly, his first test found that the iPhone X oversaturated colors – something Samsung has often been accused of – while the Note 8 gave a more realistic capture. But the Note 8 image was over-exposed, and the iPhone did better on both detail and dynamic range.

In low-light, Samsung had the edge in focusing speed, but Apple won out on capturing significantly more detail with less noise.

There were mixed results too when shooting into the light. Here the iPhone did a better job of preserving highlights, while the Note 8 won out when it came to rendering shadow details. To be honest, though, this is the sort of shot where you’ll see differences on the same camera with even the tiniest of changes in angle.

In portrait mode, the iPhone X did a better job, but the Note 8 allows you to alter the amount of background blur, simulating different apertures.

iPhone X portraits had more detail and a better range of colors even in low light than the ones taken with the Note 8. The subject’s face was almost always sharp and the focus fall off (from in-focus areas to out-of-focus areas) looked like it was from a DSLR.

The Note 8 took softer-looking portraits which were more flattering to some people’s skin. The focus fall off left people’s heads looking more like a Photoshop cut-out than the iPhone X.

For video, the iPhone was the fairly clear winner.

The Note 8 shoots the best video I’ve seen from any Samsung phone. But the iPhone X video looks even better and offers a wider array of recording options than the Note 8. Most of the iPhone’s video prowess comes from better video compression and the machine learning applied to videos to improve textures and cinematic movements […]

Time lapse videos from both look fantastic, but the iPhone X has the edge because it can capture time-lapse videos with either of its rear cameras, while the Note 8 can only use its wide-angle one.

Personally, I’ve been incredibly impressed by the iPhone X camera.