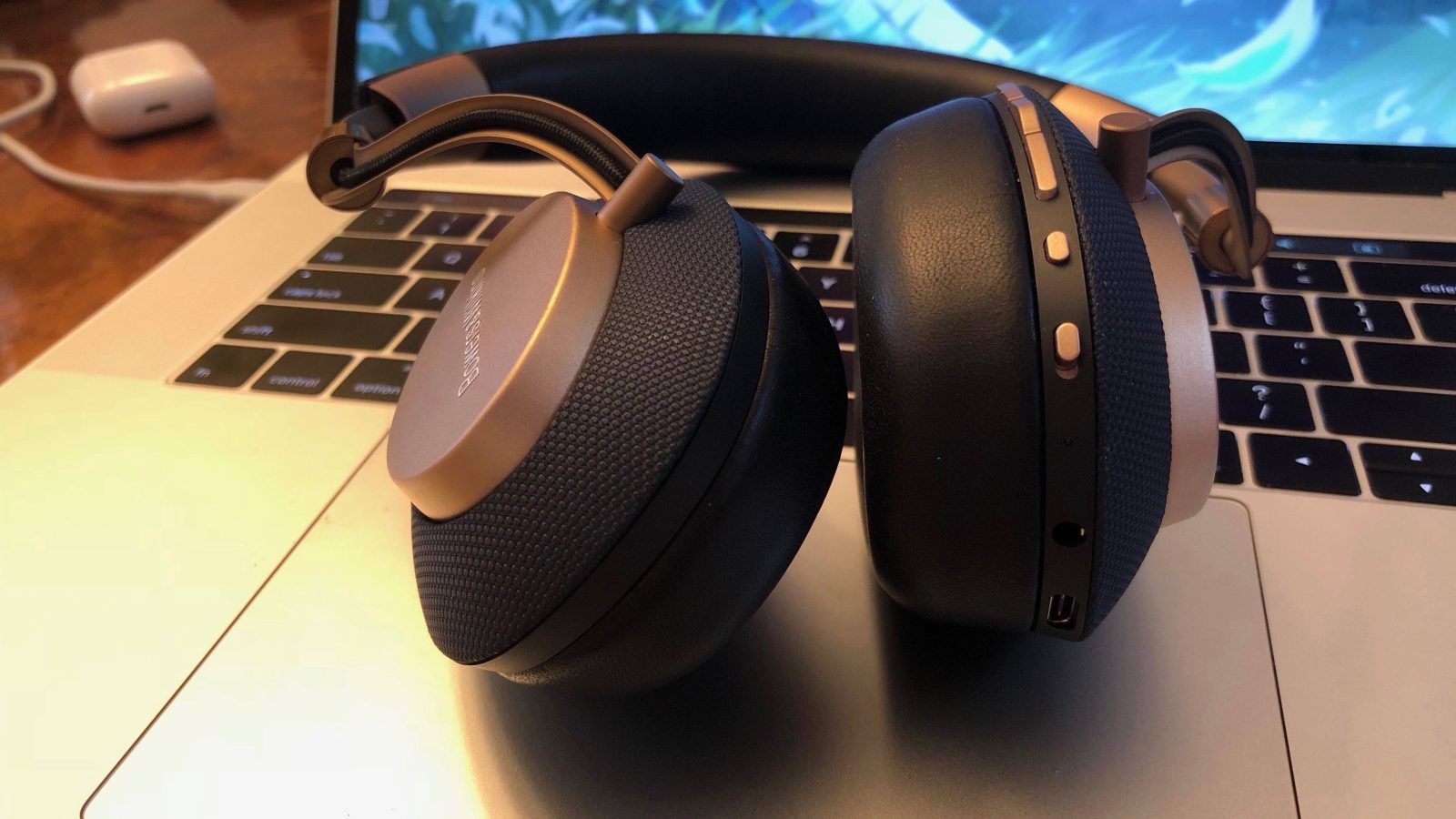 I’m a hard sell when it comes to headphones. Sound quality comes before anything else, even though I haven’t ventured into the 4-figure headphone territory. As reference, I’ve owned AirPods, Oppo PM-3s, Sennheiser HD600s, and Audio-Technica M50x’s in the past.

A trend you’ll see in my headphone selections are that I try to be as close to neutral frequency as possible – aside from the M50x’s which were a mistake as my first pair of headphones, but I’d rather not get into that. And AirPods make the list for their convenience features.

Then enter the Bowers & Wilkins PX, beautifully designed headphones that happen to compare closely to AirPods, but deliver on sound quality.

While the design of a pair of headphones shouldn’t be the first thing you look for, the Bowers & Wilkins PX lean on the side of “good looking.” As someone who doesn’t really care for looks, these headphones are exceptional. It comes in a stealthy space gray, or a gold which has blue accents. I personally picked up the gold as all of my previous headphones have been black or gray.

The PX are super portable. They feature Bluetooth as its main source of audio so this works out for those living in Apple’s “wireless future”. 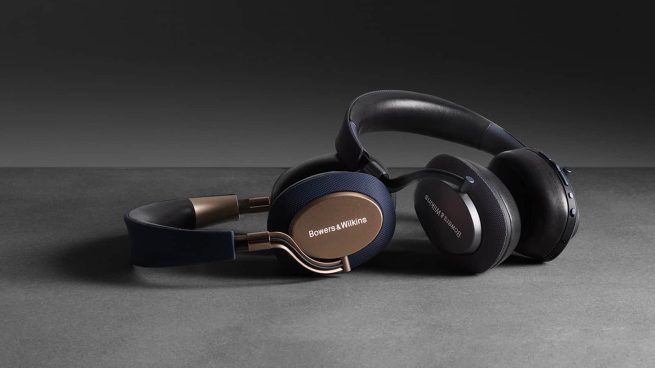 Being over ear headphones, they don’t easily fold away. In fact, they don’t fold at all. Bowers & Wilkins offers a carrying bag, rather than a carrying pouch, which comes with something like the Oppo PM-3. Weighing in at 335 grams, these are definitely lighter than the PM-3s, but are still pretty hefty.

This is something I’ve been going back and forth on ever since I first picked up the PX. Comfort will always vary by person, but for my head, they seem to be mostly comfortable, but not without issues.. At the start, they would get painful after less than an hour of usage, but that’s gotten a lot better over time.

The clamping force is super strong on first use. It does ease up over time, but it’s still much heavier than any other headphones I’ve ever used. This could also be the reasoning behind my initial comfort issues.

Unfortunately, unlike many other headphones, the ear cups are proprietary. It uses a magnetic system to keep them in place, and if not careful could do damage to your fingers.

Overall, I’m not super happy with comfort. Although not as bad as the ATH-M50x’s in terms of comfort, these headphones are nothing like the Sennheiser HD600s or Oppo PM-3s. 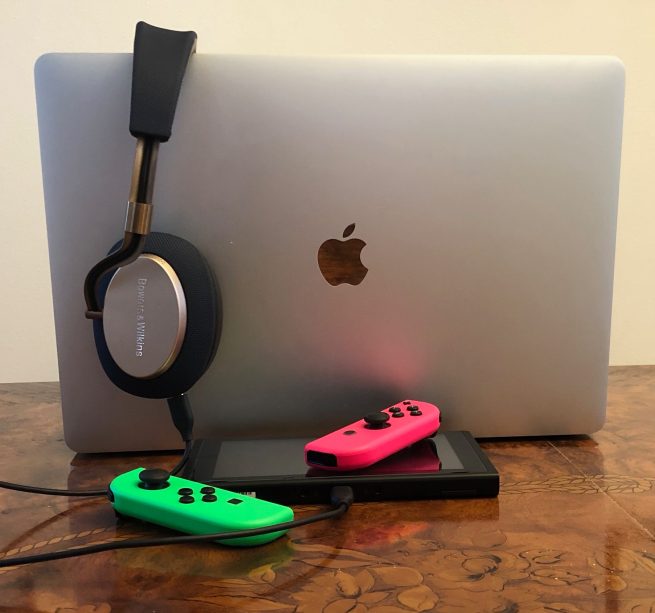 The B&W PX have a laundry list of features. As an Apple user, my favorite feature is that the headphone can both charge and play audio through its USB-C cable, at the same time. This is a huge step forward as most headphones still use microUSB or the proprietary Lightning connector. This is the right step as I now carry one cable for my MacBook Pro, Nintendo Switch, portable battery pack, wireless Qi charger, and now headphones. With that being said, the PX feature 22 hour battery life. I’ve never ran into battery issues and plugging into my MacBook Pro or Nintendo Switch also charged them while in use.

Cables aside, the PX also feature auto pause, which will pause your audio when you take one or both ear cups off. However, this has only worked about 90% of the time in my testing. And unlike AirPods, which are small earbuds, with over ear headphones and Bluetooth, the delay means that about half a second of your music will leak before it pauses. To counter this, Bowers & Wilkins has added hardware audio controls. These work exactly like Apple EarPods and also include an integrated microphone for taking voice calls.

The PX also feature auto connect, similar to AirPods, where they aggressively try to connect to the last known devices. Unlike AirPods, which use iCloud, pairing is a hassle between all of your devices, especially upgrading to new devices.

And lastly, ANC (Active Noise Cancelation). I personally don’t care for this feature as it ruins sound quality quite a bit, so I don’t use it all that much. However, putting the PX into “flight” mode drowned out all of the engine noise while flying, which is nice. The “office” setting changes the sound signature the least, so that’s the best one to use while out and about. ANC settings can be changed through the PX’s app available on iOS and Android.

Sound is the hardest part of a headphone review because everyone perceives sound very differently. While not scientific whatsoever, for my tests I just fired up iTunes and hit shuffle. My iTunes library contains anything from Apple Music streaming music at 256Kbps, to 48KHz lossless music.

After a considerable amount of listening, (3-4 hours a day, 5 days a week for about 2 months), I can safely say this: the soundstage of the PX is the widest out of all the headphones I own. While listening to music, I can pick out where the drummer is, background vocals, guitars, bass, etc. Sound separation is also superb, being able to pick out various layers of hi-hats or vocals.

The PX are very much neutral, with a slight emphasis on the mid-bass, but not enough to overpower the mids. The highs are crisp, clear, and present without having too much sibilance. For someone who’s never entered the realm of relatively neutral headphones, this could ruin some of your favorite tracks.

I did, however, have a few hiccups with sound over USB-C on macOS. On rare occasion, the sound would completely stop, and on other cases, leveling between channels was an issue, and sometimes it would just cut in and out. But this seems to be an issue specific to macOS, as I’ve had no issues with it anywhere else.

While I initially had comfort issues with the PX, they started to loosen up over time and have become my favorite on-the-go headphone. They strike a balance in portability and sound. They also work with all of my devices without dongles, in some way shape or form. While it does still have some software bugs to work through, the headphone truly is one without compromise.

The Bowers & Wilkins PX run for $399, which is definitely not cheap. However, if you’re in the market for a pair of amazing sounding headphones, the PX won’t disappoint.