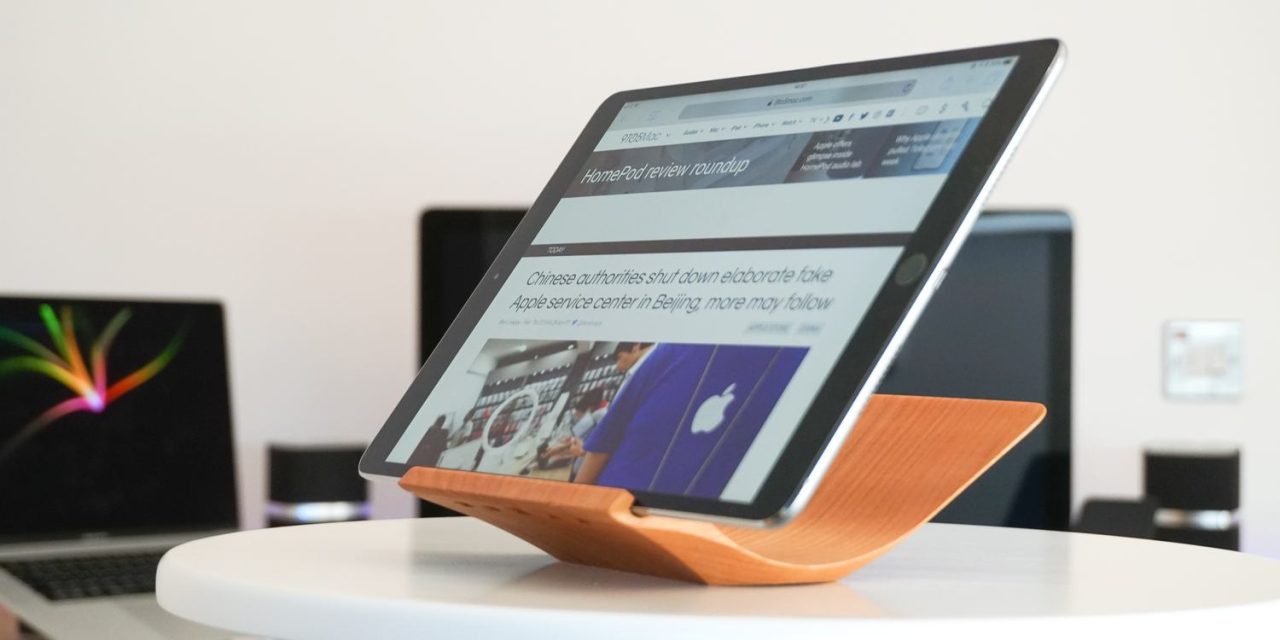 Normally, I deal with price at the end of reviews, but there are times when you have to address it right at the beginning – and this is definitely one of those times.

One way of looking at the price of the Yohann iPad stand is that it’s a rather small piece of wood costing $130. A different way of looking at it would be to say that it costs almost exactly the same amount as Apple charges for another iPad accessory: the leather sleeve for the 10.5-inch iPad, which we reviewed last year.

Jeff struggled to justify the price of that – but did conclude that you probably wouldn’t be disappointed if you bought it. Can we say the same with this? Well, let’s start by looking at its USP …

Most iPad stands hold the iPad at a fixed angle. Nice versions of those tend to have minimalist looks, but at the expense of flexibility. What makes a comfy viewing angle when sat at your desk using your iPad as an additional monitor may be very different to a convenient angle when you’re standing at your kitchen worktop using it as a recipe book.

Other iPad stands have adjustable angles – but that tends to be at the expensive of aesthetic appeal. They typically have notches or flappy bits.

Yohann takes a different approach. It’s a single chunk of wood that is carefully designed so that your iPad can be solidly balanced at one of three different angles – and it works equally well in both landscape and portrait modes, effectively giving you six options.

The idea is that you get the best of both worlds: a simple, minimalist design – plus the flexibility of multiple angles. 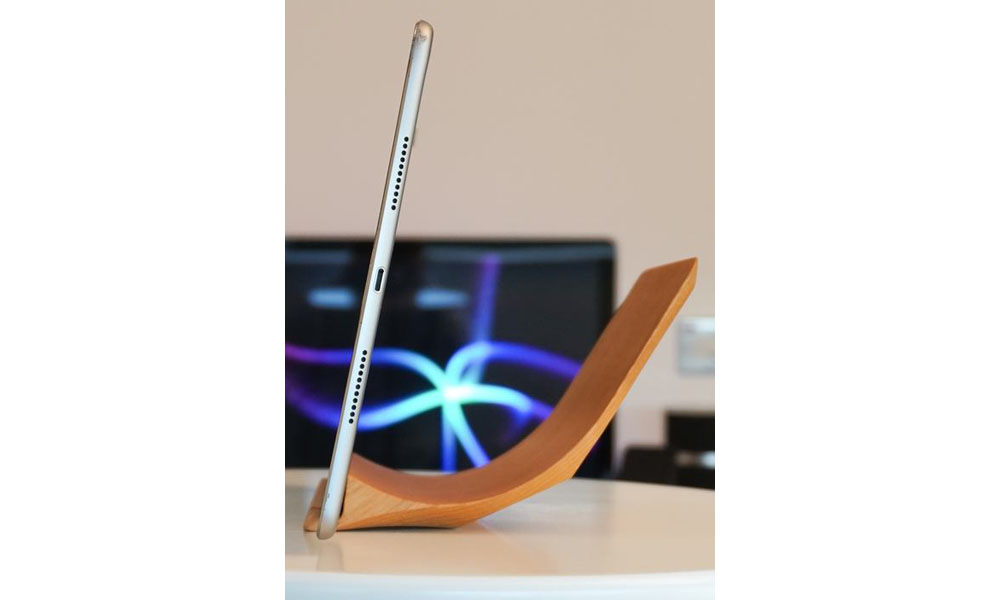 This is an angle that works well when you’re sat at your desk and the iPad is at a similar distance to your monitor. 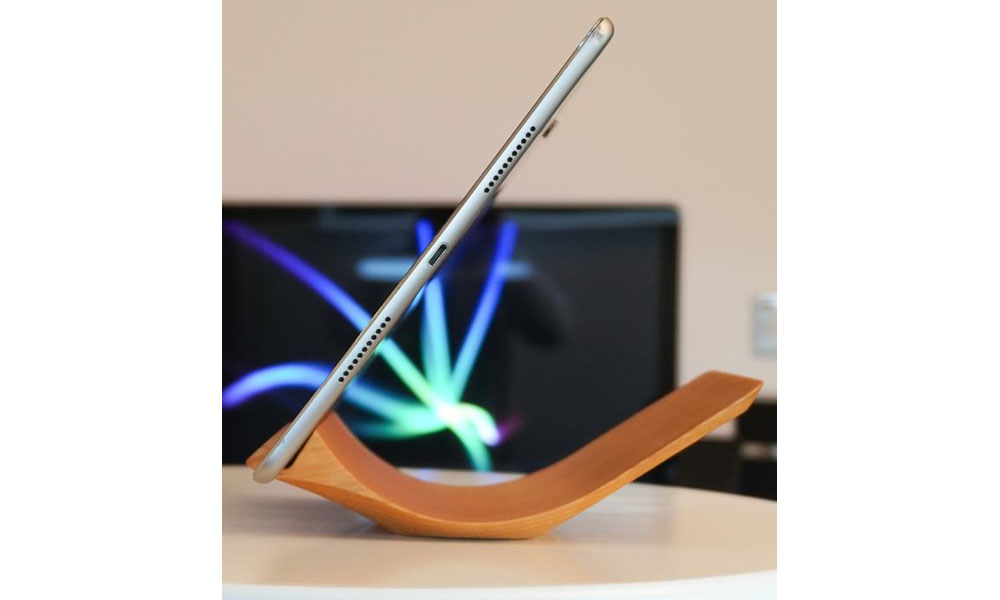 If you have the iPad closer to you, this angle works well. I found it a comfortable angle while sat at a table, for example. 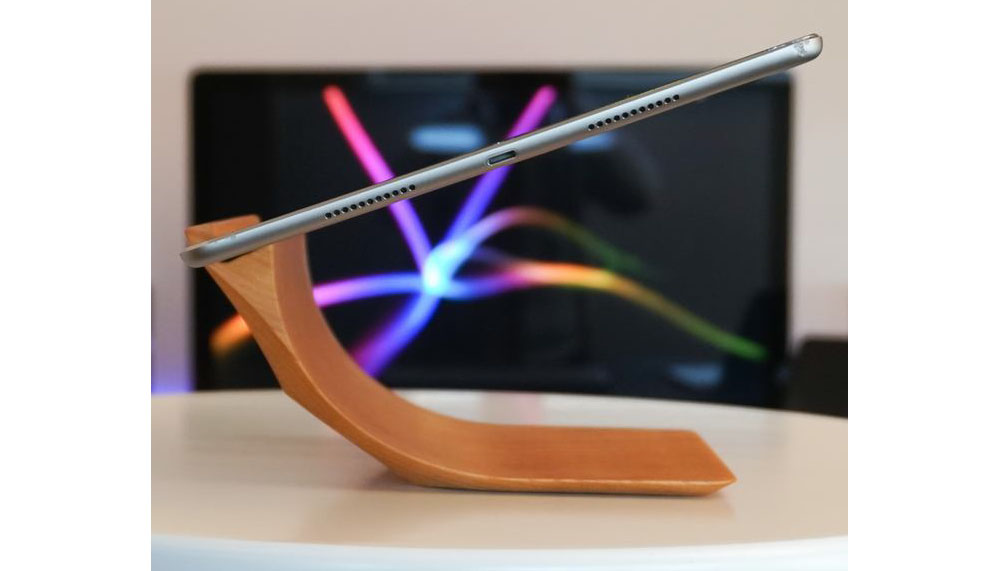 While this looks a rather extreme angle, there is at least one situation where it can be useful: using the iPad as a recipe book while standing at the kitchen worktop.

Yohann is available in a choice of cherry or walnut. It’s milled from a single piece of wood, then sanded, polished and waxed by hand. It’s beautifully made.

As it’s made from real wood, the grain and the knots mean that each stand has its own unique appearance. 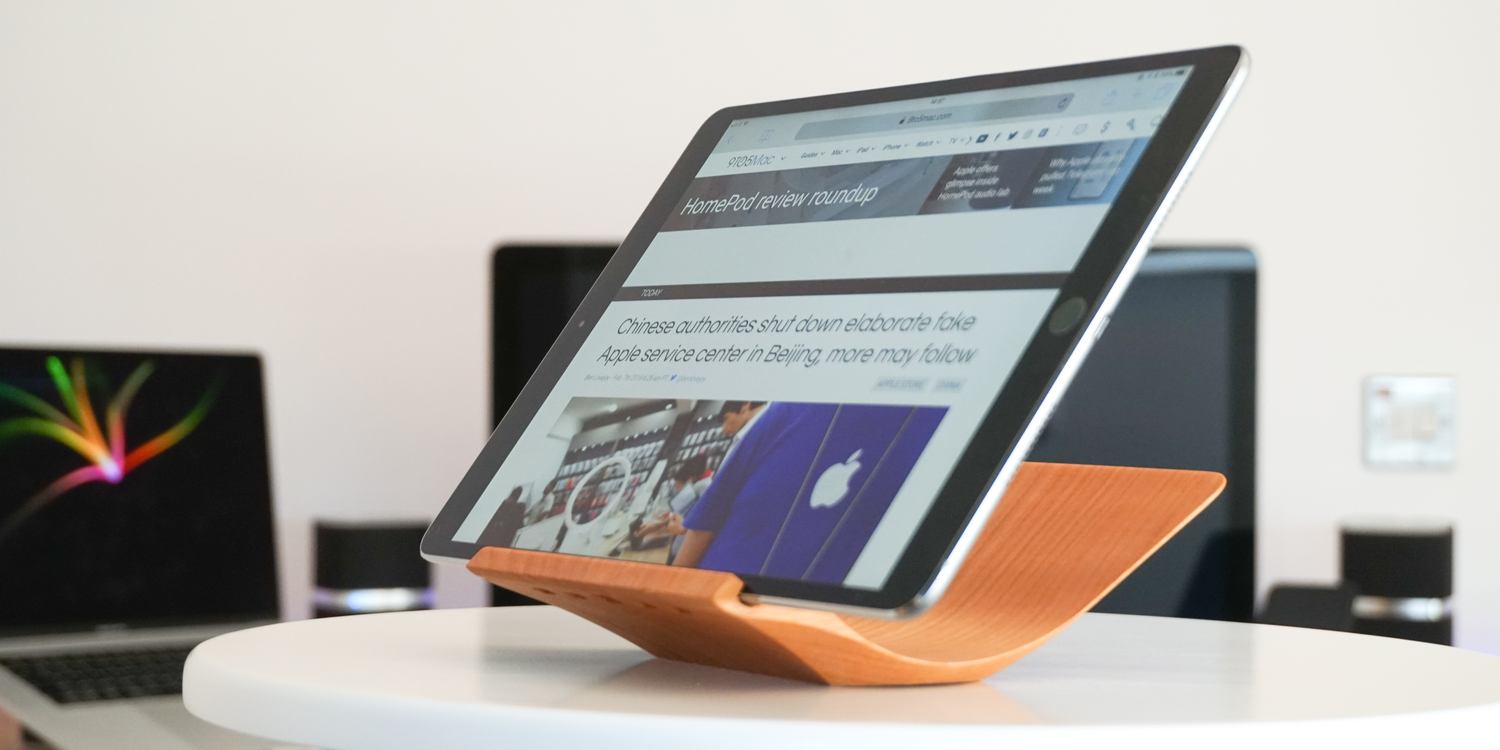 It looks great, has a real feel of quality (though as the wood is mostly very thin, it’s lighter than you might expect) and I love the simplicity of the design.

I keep my iPad naked – just using a Brydge keyboard when using it as a pseudo-laptop – so the ability to hold it in place without messing around with a case is appreciated.

For such a simple product, it’s very well thought-out. I tend to use my iPad almost exclusively in landscape mode, but for portrait mode fans, there are holes in the iPad slot designed to allow access to the Lightning slot for charging in use, and to allow sound from the speakers to pass through.

In use, it’s extremely stable in all three positions in both portrait and landscape modes, and I never felt that there was any risk of the iPad falling out of the slot.

I found that one of the three angles worked well for everything I tried.

But the real surprise benefit to me was when using the iPad on soft surfaces. For example, lazing on the sofa with the iPad on my lap, or sitting up in bed with the iPad on the duvet. I didn’t expect it to be stable on this type of surface, but it is. For reading a book or watching a video, it was perfect.

The Yohann is, at the end of the day, a small chunk of wood costing $130. Some people might simply reject that on principle, and if you do, that’s an attitude I can understand. 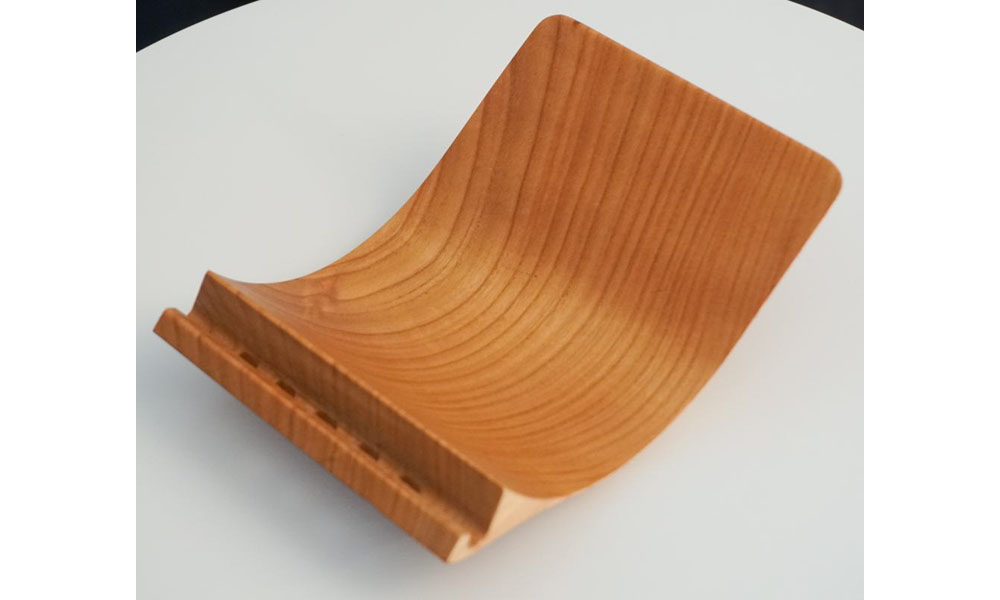 But I found myself reaching the same conclusion Jeff did with that leather sleeve. It’s undeniably an eye-opening price, and clearly a luxury purchase. But … it’s both beautiful and practical. As with the sleeve, if you can bring yourself to spend the money, I don’t think you’ll be disappointed.

The Yohann wooden iPad stand is available from Wiplabs, a site created to showcase crowdfunded products. It costs $129.99.