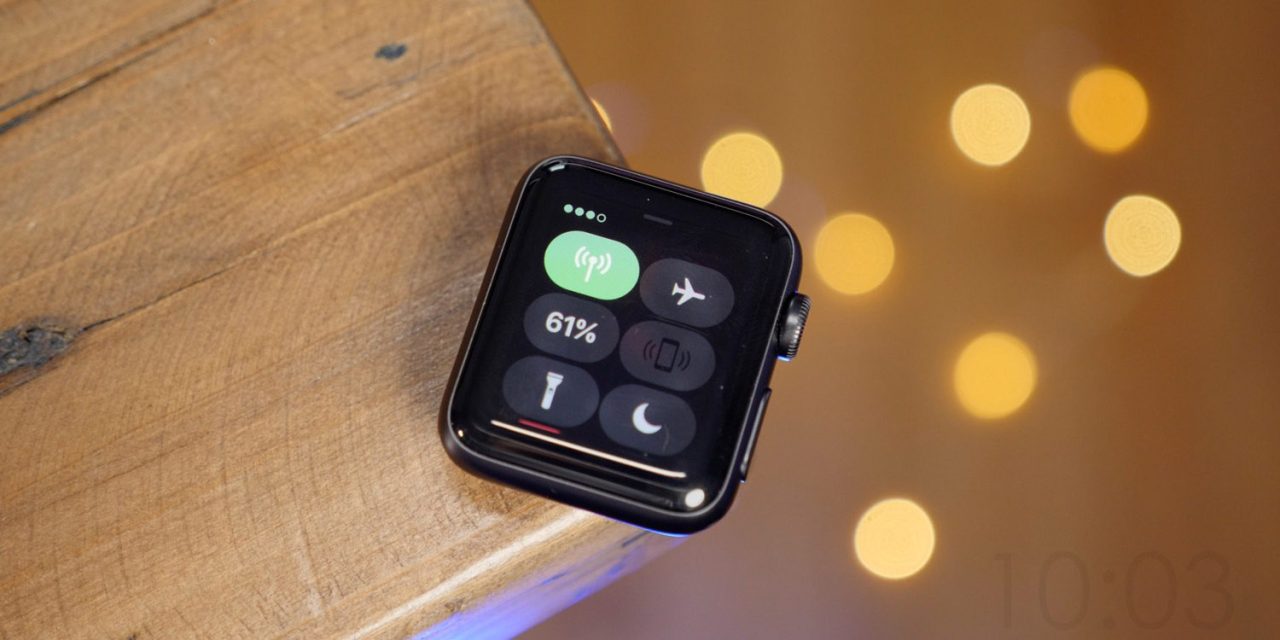 Comparing recent Canalys data with that of the Federation of the Swiss Watch Industry numbers indicates that the Apple Watch achieved a new first in the holiday quarter: shipments of the smartwatch exceeding exports for the entire Swiss watch industry …

Across the year as a whole, Swiss watch exports were still ahead, but the trend line suggests that Apple is in with a decent shot at coming out ahead this year.

Business Insider chose the comparison as its tech chart of the day. It shows that Apple shipped an estimated 8M Watches in Q4 2017, against 6.8M Swiss watch exports.

While whole-year shipments of 18M against 24M, the Apple Watch still has some way to go. In particular, Apple’s sales are noticeably more seasonal, with a big holiday quarter peak and a Q2 low, while Swiss exports are more consistent across the year with a modest holiday bump.

Canalys reported that Apple’s estimated 18M units across 2017 represented year-on-year growth of over 50%. While Apple didn’t confirm its sales numbers, it did say that it had achieved 50% growth for the fourth straight quarter. 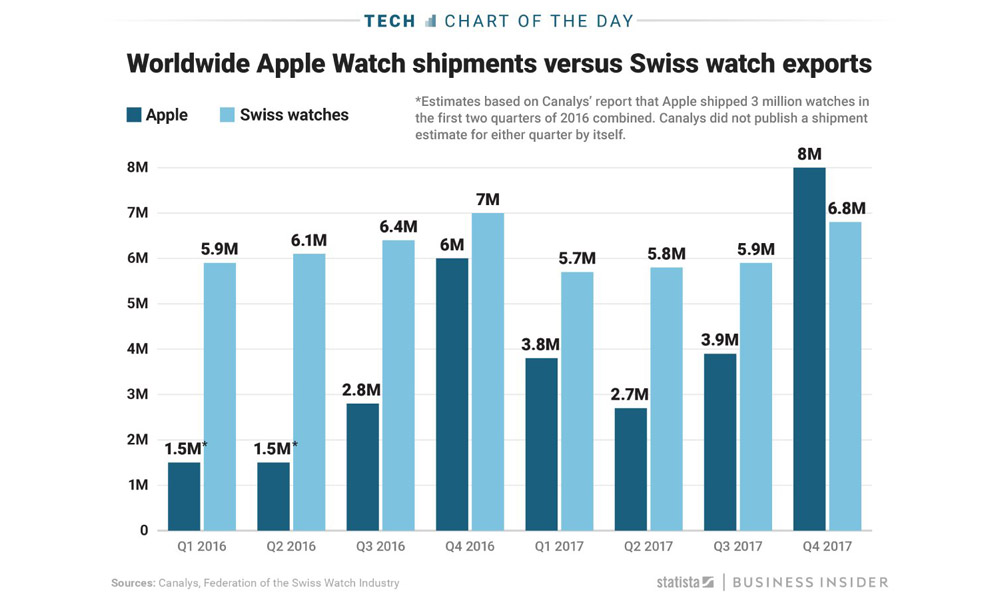