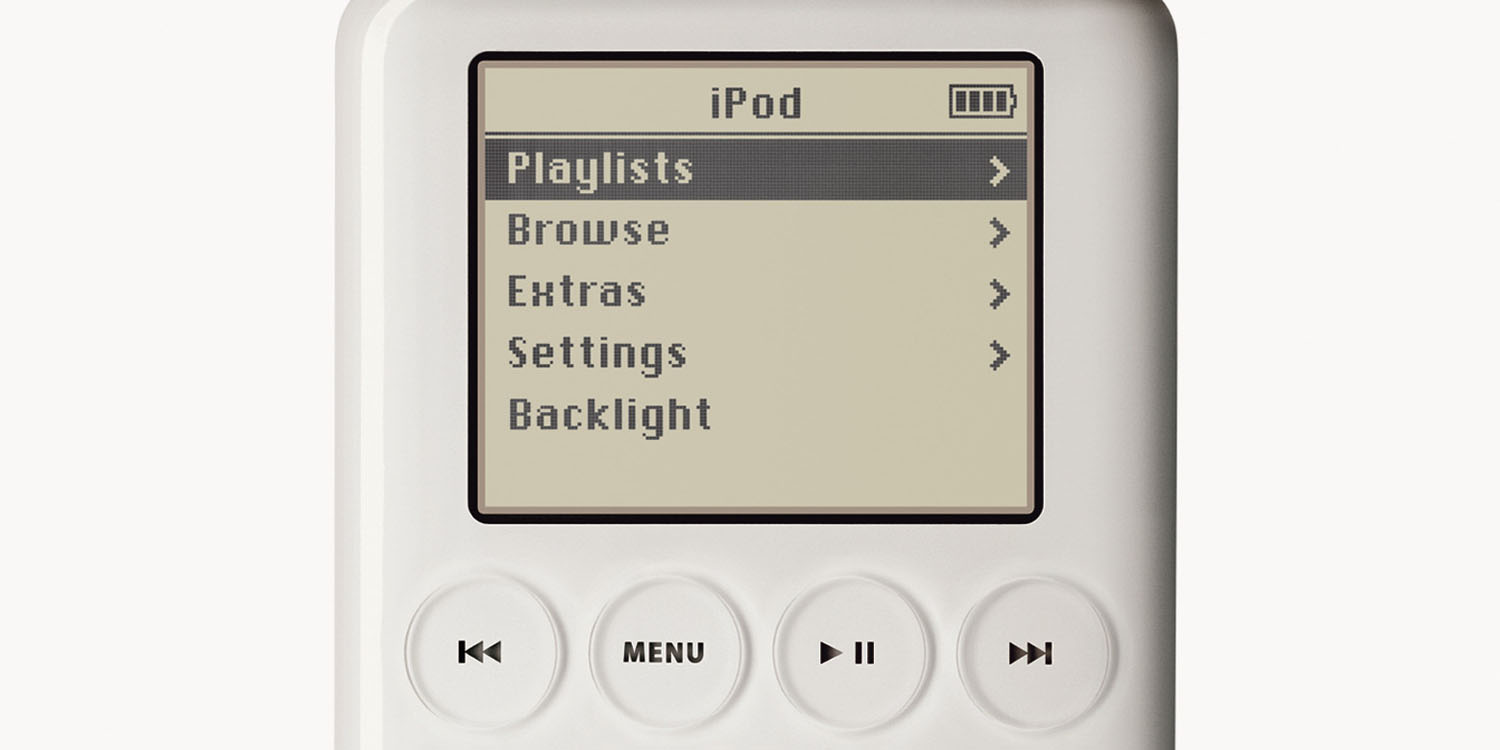 If you have any of your old iPods in the depths of a desk drawer somewhere, they could act as an interesting time capsule of your musical tastes in your earlier life …

That’s what The Verge’s creative director James Bareham found when he fired-up his original iPod from 2002.

My first iPod was the smaller 5GB model (it also came with 10GB of storage) with a movable scroll wheel, a tiny 2-inch black and white backlit LCD display, an open Firewire 400 port and 10 hours of battery life. With the possible exception of the first iPhone, I still consider the original iPod to be the most perfect Apple product ever made. In 2018, a 5GB music player with no internet connectivity may seem laughable, but back in 2001, it was nirvana. Though I subsequently bought the second, third, and fifth generation iPods, none of them came even remotely close to delivering the utter joy I experienced the first time I used my original iPod.

There are a total of 789 songs and 21 playlists taking up 4.6GB on my old iPod. Some of those songs are still featured in my Google Play playlists to this day: David Bowie, Dixie Chicks, Green Day, Foo Fighters, Pink Floyd, Tom Petty, Marvin Gaye, Peter Gabriel, Genesis, Radiohead, The Strokes, and U2 to name just a few. Others occasionally pop up when I am feeling particularly nostalgic: Abba (#notsorry), Crash Test Dummies, Fleetwood Mac, Alanis Morissette, Supertramp, Red Hot Chili Peppers, early Dire Straits, and some of Mark Knopfler’s solo albums (as a guitarist, I still think he is one of the very best).

Other singers and bands in the “Browse” section that took me right back to London circa 2002: Kylie Minogue (she was ― and I suspect still is ― a British National Treasure despite the fact that she is Australian); Jamiroquai (a British dance/funk outfit whose lead singer was a collector of sick Lambos and Ferraris); Dido (“Thank You” was on continuous rotation in 1999); Moby; Madonna (I think Ray of Light produced by William Orbit is still one of the best recorded albums I have ever heard); Robbie Williams (in an attempt to distance himself from Take That, he went off to record a collection of big band classics by the likes of Frank Sinatra and Dean Martin for his album Swing When You’re Winning which was surprisingly good ); and Norah Jones, whose album Come Away with Me was colossal in the UK back in 2002.

Other music did, he writes, make him wonder what he’d been thinking when he loaded them into iTunes.

Do you have an old iPod of the same, or similar, era? Might be interesting to see whether it still powers up and find out just what you were listening to back then.

Sadly, I can’t do the same thing myself. I either sold or gifted my early iPods, and the most recent one I had – the 160GB Classic – held my entire music collection of the time. These days, I spend 80-90% of my time listening exclusively to Apple Music playlists and recommended albums, something I couldn’t have even imagined back then.

But if you do the experiment yourself, let us know in the comments what you find!