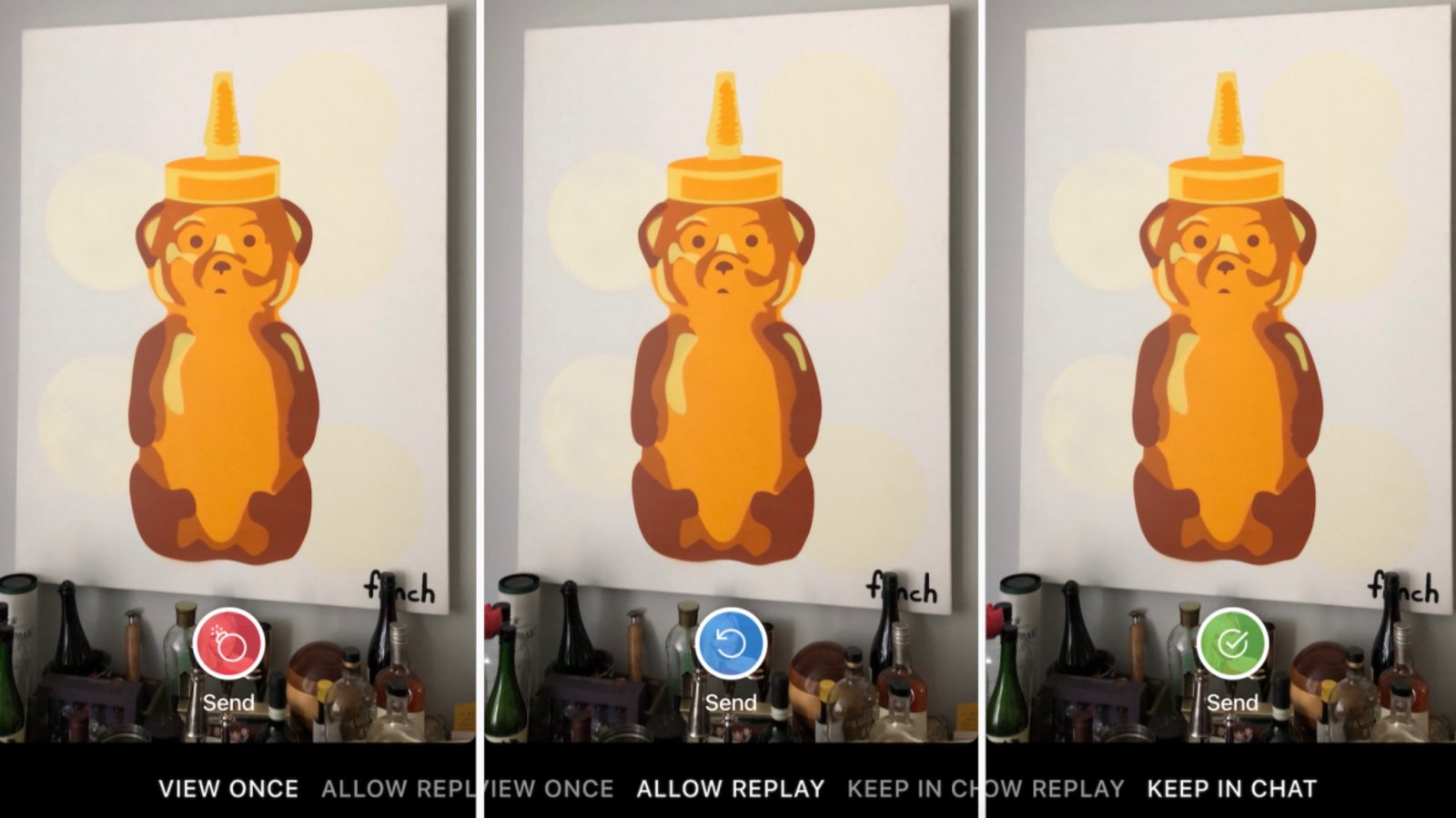 One of Snapchat’s most popular features is its private chat platform, which is coincidentally the sole feature that Instagram has struggled to copy. Instagram, however, has started to roll out new capabilities to its Direct platform that it hopes will give it an advantage over Snapchat…

As reported by TechCrunch, Instagram has expanded the options available to users when they send a photo or video from the Instagram Direct camera. Now, users can choose to allow recipients to view the message once, replay it temporarily, or see a permanent thumbnail in the chat log.

In the past, Instagram allowed all messages to be replayed temporarily before disappearing for good. For comparison’s sake, Snapchat doesn’t offer users any control over the ephemeral nature of private chats. After a user sends a photo or video, the recipient can replay it for a brief window of time, but then it disappears forever.

TechCrunch explains that by offering an option to prevent an image from being replayed, users could be encouraged to send more sensitive images and videos. On the other hand, other non-sensitive content can be sent via the platform and remain viewable.

These sort of controls give Instagram a leg up on Snapchat and could help it better compete with the messaging features of its rival. Earlier this year, leaked metrics indicated that Snapchat’s messaging feature is its most popular, with the average number of Snaps sent by each user per day continuing to increase.

Instagram has been rolling out the new chat options over the last month, with a spokesperson telling TechCrunch that “All these updates are designed to give people more control of what they share with friends in Direct.”

Will these new features entice you to choose Instagram Direct as your go-to messaging platform? Let us know down in the comments.