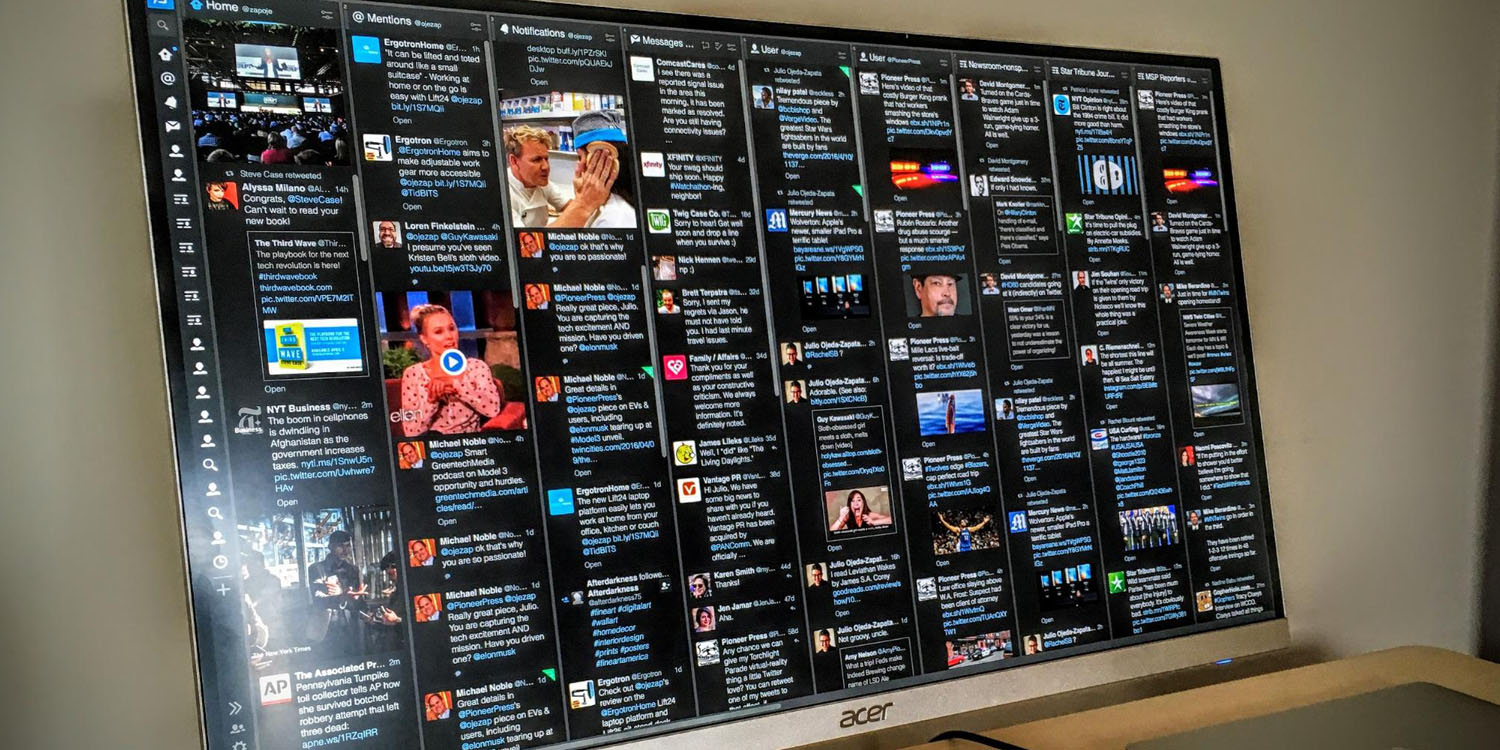 TweetDeck is being updated to limit what users are able to do with multiple accounts, in order to comply with new anti-spam rules …

Users of TweetDeck will no longer be able to select multiple accounts through which to perform an action such as Tweeting, Retweeting, liking, or following.

Other apps and services that support multiple Twitter accounts will also be required to impose the same restrictions.

The requirement is in response to new anti-spam rules coming into force on March 23. The rules seek to address so-called Tweetdecking, where people with large Twitter followings form groups to tweet or retweet spam in return for payment.

Do not (and do not allow your users to) simultaneously post identical or substantially similar content to multiple accounts. For example, your service should not permit a user to select several accounts they control from which to publish a given Tweet.

This applies regardless of whether the Tweets are published to Twitter at the same time, or are scheduled/queued for future publication.

As an alternative to posting identical content, you can Retweet content from one account from the other accounts you wish to share that post from. This should only be done from a small number of distinct accounts that you directly control. Please note that bulk, aggressive, or very high-volume automated Retweeting is not permitted under the Automation Rules, and may be subject to enforcement actions.

Do not (and do not allow your users to) simultaneously perform actions such as Likes, Retweets, or follows from multiple accounts. For example, your service should not permit a user to select several accounts they control to follow a specified account.

The company says that it will take strong enforcement action against apps, services and accounts which fail to comply.

Failure to comply with these rules could result in enforcement action, up to and including the suspension of associated applications and accounts.

The deadline for compliance is March 23.

Personally, I’m hoping that Twitter is also updating the Mac version of TweetDeck not to crash several times an hour …