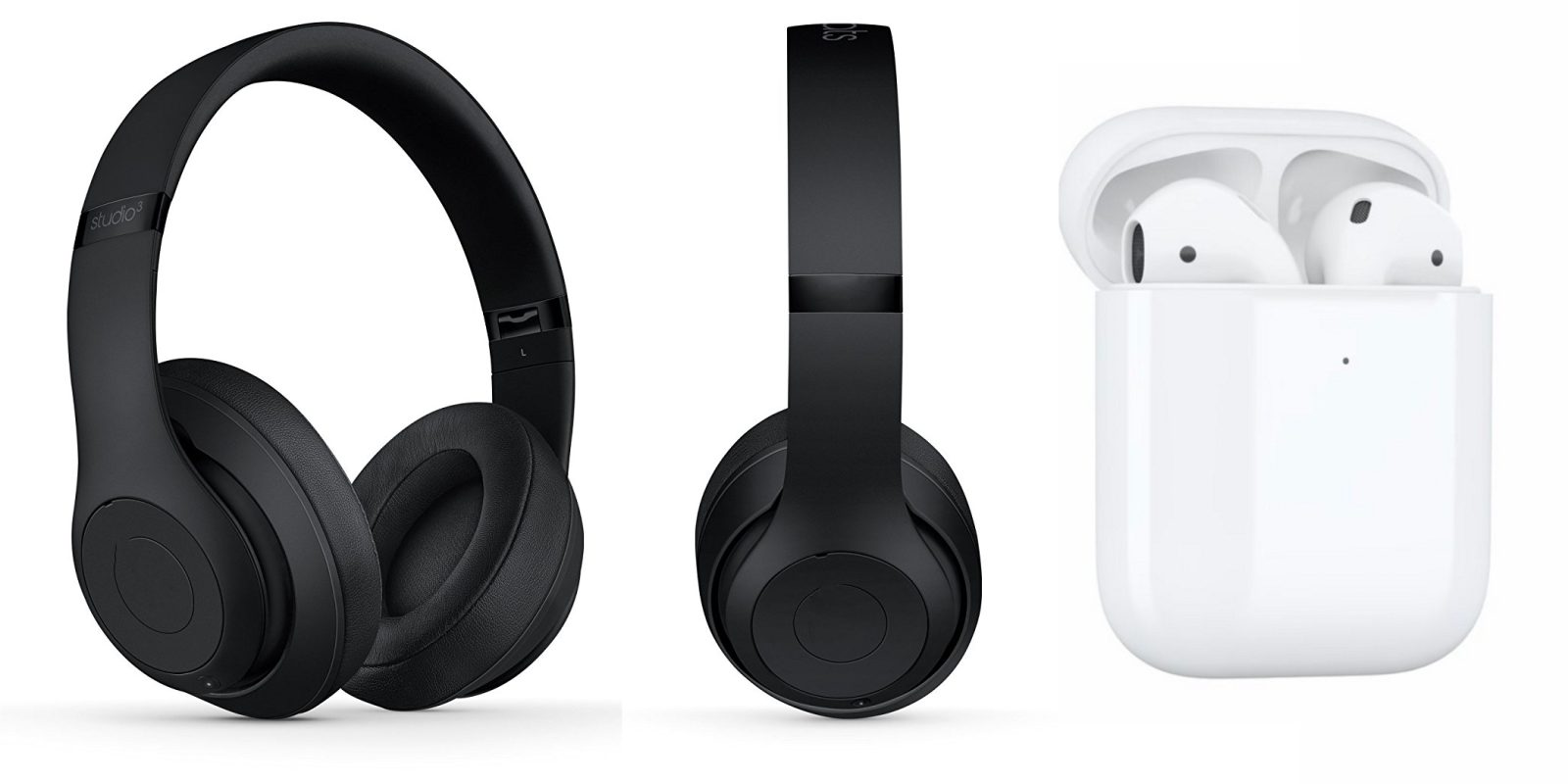 KGI’s Ming-Chi Kuo today reports that Apple will release ‘high-end over-ear’ headphones in late fall ‘at the earliest’. Apparently featuring an all new design, it sounds like this is not a successor to the Beats Studio 3, but it will be Apple’s AirPods equivalent for premium over-ear headphones.

The analyst also corroborates the release of upgraded AirPods with a new case to support wireless charging and an improved W1 chip.

Apple has already announced plans to release a new wireless charging AirPods Case as a standalone separately, which will support the upcoming AirPower mat. KGI confirms speculation that the new AirPods would be bundled with the wireless charging case as standard.

Ming-Chi Kuo says the new case will have a redesigned hinge that is more expensive to manufacture, apparently to accommodate wireless charging.

Due to the differences in form factor, the Beats Studio 3 boast better sound, longer battery life, and noise-cancelling features that the AirPods earbuds simply cannot provide.

Exact features of the Apple headphones are not detailed in today’s KGI report but it would be sensible to expect the best bits of the Beats line to transfer over.