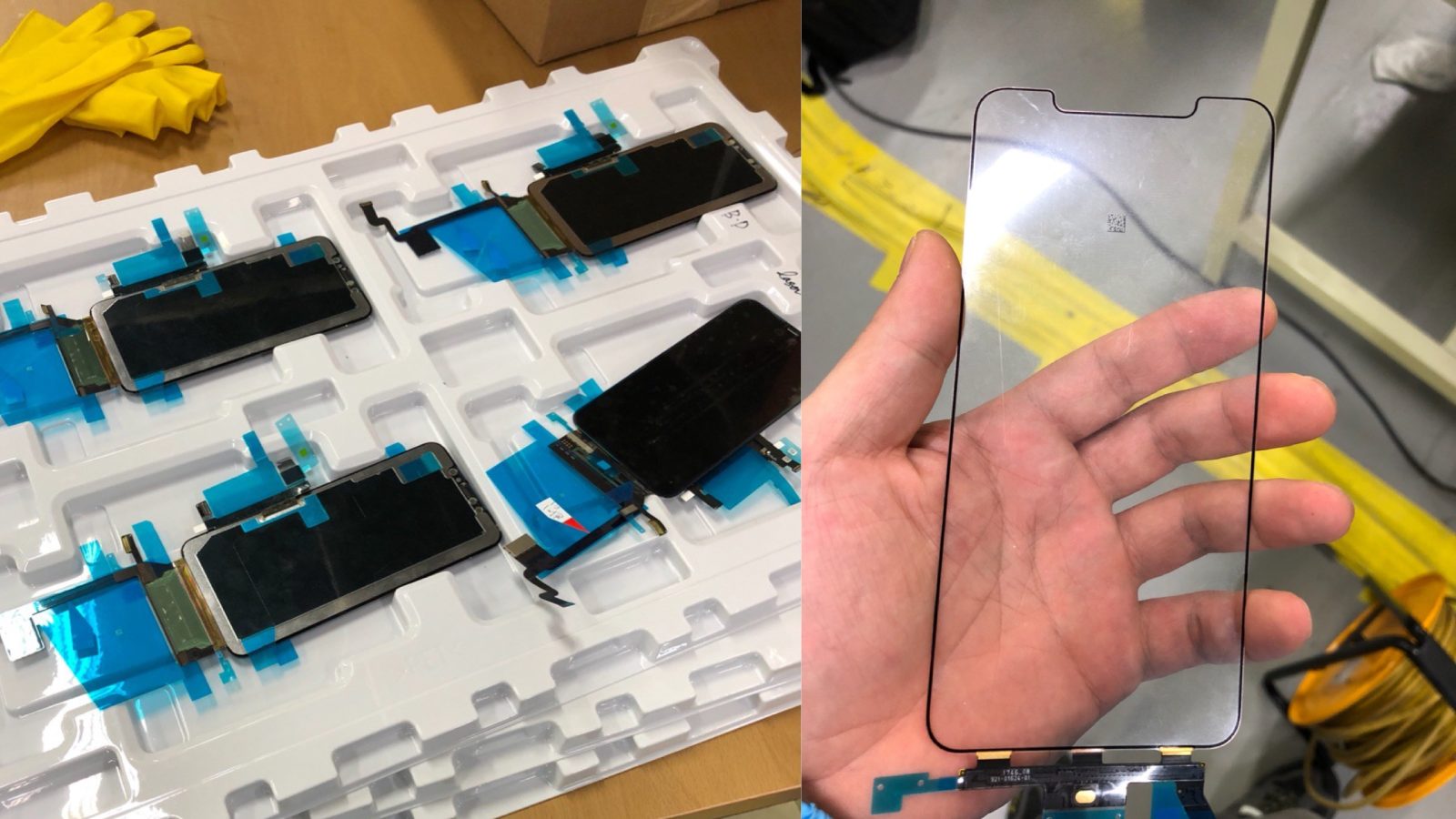 Several reports have indicated that Apple has a fresh lineup of new iPhone models in the works for this year, including a larger 6.5-inch model with the iPhone X design. Now, a pair of images have surfaced on the MacX forums that claim to offer a first look at the ‘iPhone X Plus’ screen size…

The images, which should be treated with skepticism, claim to show the iPhone X Plus screen and digitizer at an LG facility in Vietnam. The original poster claims the parts are from a “production equipment trial run.”

The first image shows the iPhone X Plus digitizer, which appears to be notably larger than the current 5.8-inch iPhone X. The notch appears to be roughly the same size, if not a bit smaller. One report suggested this year’s iPhone devices could feature a smaller notch, but it’s hard to tell if that’s the case here.

At the bottom of the display, as pointed out by commenters on the forum post, there is a flex cable with a printed part number that matches with past formats used by Apple. There’s also a production week, the 46th week of 2017, listed on the flex cable. This matches up to the middle of November.

The second image shows a set of assembled digitizer and display parts for the iPhone X Plus. It’s hard to gauge too many details from this picture, though it’s easy to see the earpiece and sensor setup along the top notch.

Reliable Apple analyst KGI has continually predicted that Apple has three new iPhones planned for this year, all with an iPhone X-like design. One is said to be an updated version of this year’s iPhone X, while another is said to be the aforementioned 6.5-inch model. Furthermore, the company is said to have a 6.1-inch budget iPhone coming.

Sperately, it has been reported that LG will be an OLED supplier for Apple in 2018, which corroborates that these pictures originated from an LG facility in Vietnam. For the iPhone X, Samsung is the exclusive OLED supplier.

These images should be treated with skepticism, but they do fall in line with what KGI and other sources have said. These images are undoubtedly the first of many part leaks we can expect to see until Apple officially unveils its new iPhone lineup in September.