Rediscovering a love of music with HomePod, HomeKit, and neon 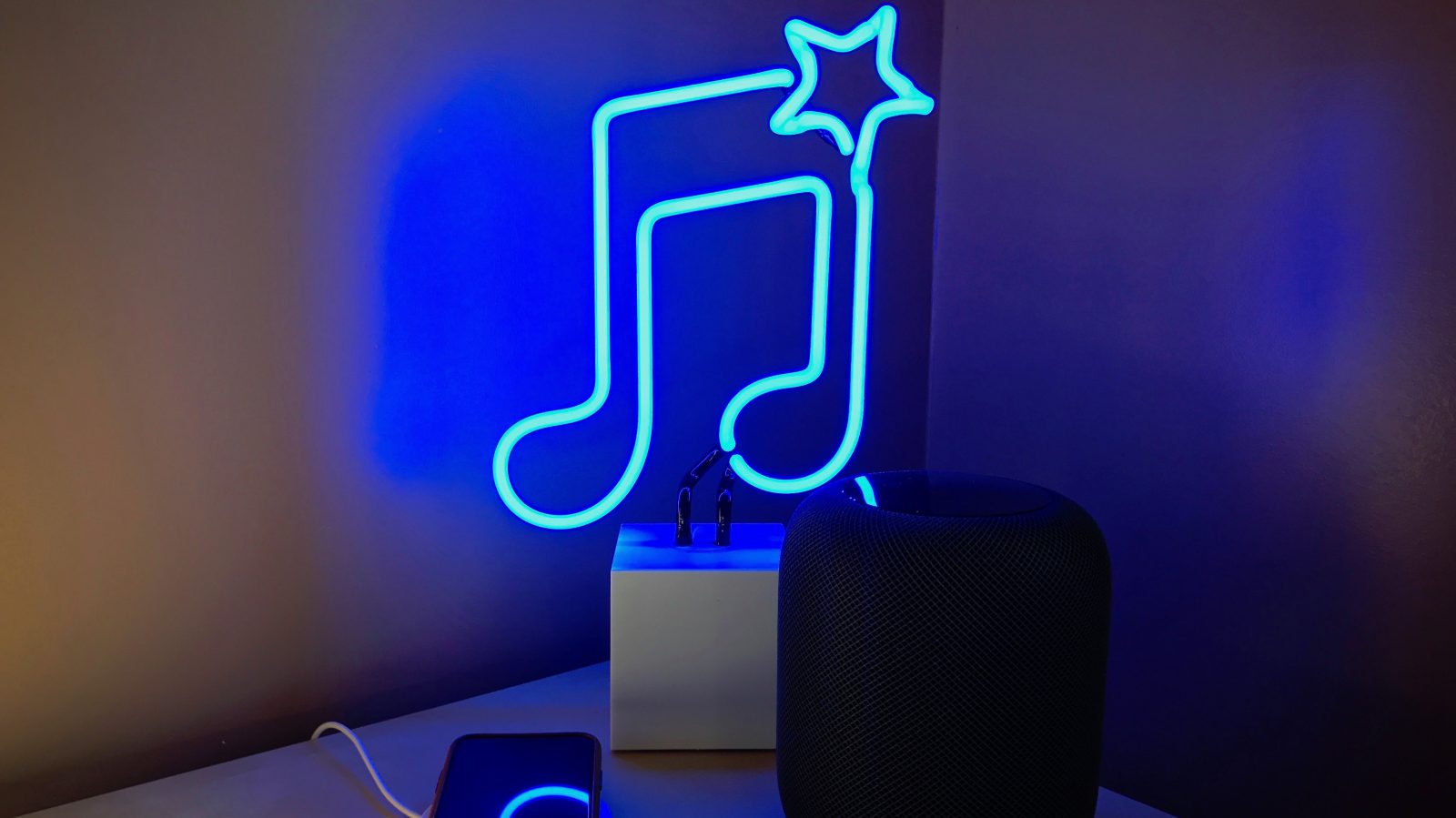 When Apple announced HomePod during last year’s WWDC, I observed the introduction with only passing interest. Music had taken a back seat in my life. While I was fascinated by HomePod’s design, I never thought that I’d end up with one on my desk several months later.

From cassette tapes to CD players and iPods to iPhones, I cherished my small music library since being taught to appreciate the art as a young child. I was thrilled when the introduction of Apple Music in 2015 opened the doors to a new world of music discovery, expanding my tastes and collection. Unfortunately, through a series of changes to my routines and lifestyle, I fell out of love with music.

I stopped discovering new artists, and my Apple Music subscription lapsed. When I could listen to music, it was often limited to ad-filled FM radio. By the time AirPods were released in late 2016, I was distanced enough to skip buying a set altogether, despite my colleagues holding the headphones in high regard.

After passively observing HomePod’s introduction, I put it out of my mind. But weeks later, I came back to Apple’s website to look at the speaker again. And again. By the time January rolled around and HomePod’s release date was announced, I knew I’d be pre-ordering one. In the interim, I tested out the Sonos One. While its sound quality was impressive, the Sonos apps for iOS and macOS felt old and frustratingly detached from the rest of the experience. If anything, I was even more intrigued to try Apple’s approach. 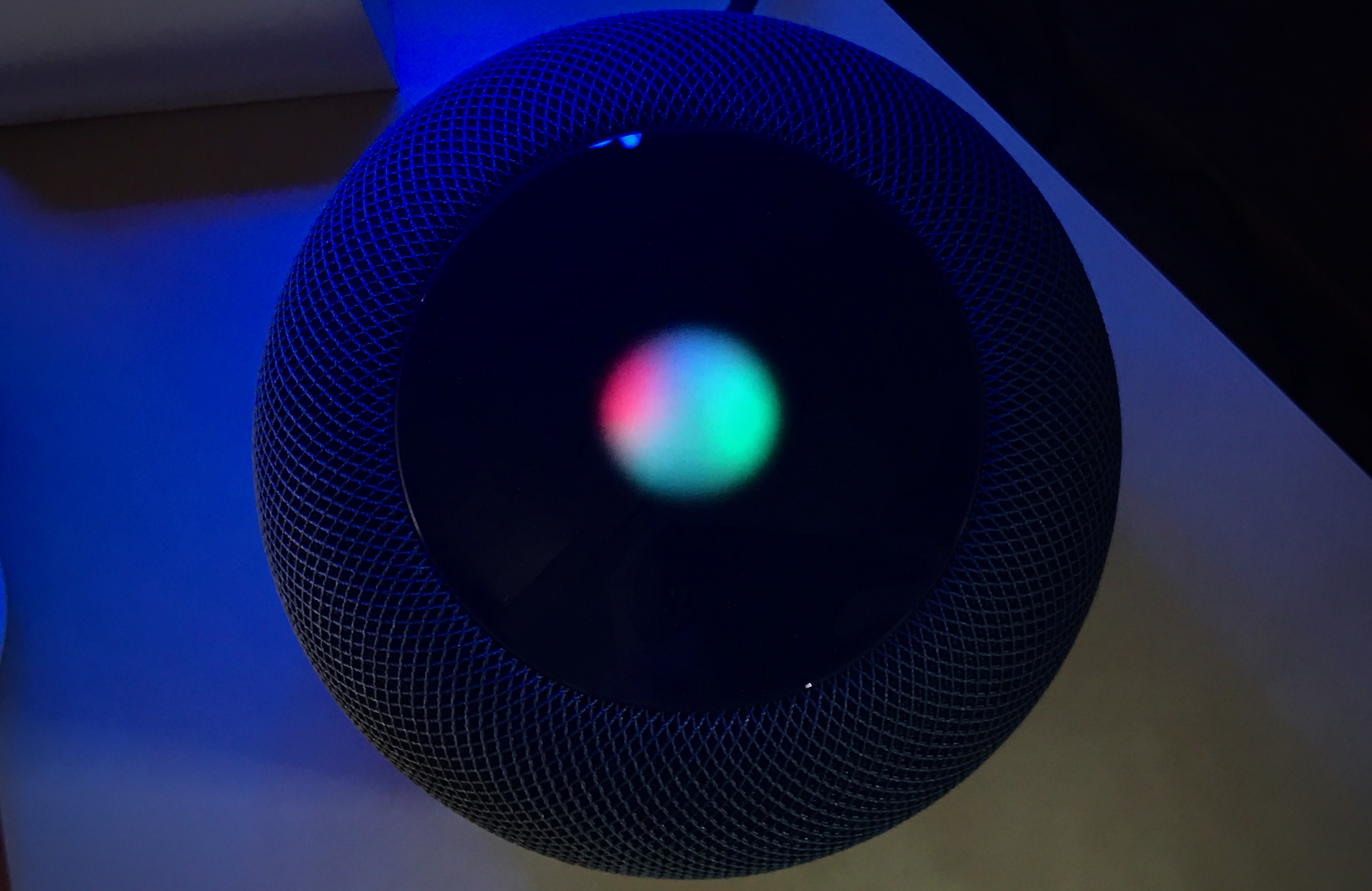 While browsing the Apple Music website, I was mesmerized by the neon styled “neue-on” note animations and graphics used across the brand. I thought a real neon sign in the same style would make a perfect ambient light for my own music setup.

I contacted Neon Mfg, who helped me turn my idea into a custom desktop neon light inspired by the Apple Music design. The company mentioned that one of their employees had hooked their own light to an automated HomeKit controller. While I’ve read Zac and Ben’s HomeKit coverage with interest, I had yet to take the plunge into home automation myself. Feeling ambitious, I picked up an iDevices Switch to round out my music setup.

Hooking the switch up to my Apple Music light let me control the neon with my HomePod, but I wanted to take it a step further. I set up the third-party tool HomeBridge on my Mac and installed the iTunes plugin to allow HomeKit to control my Mac’s media controls. After creating a custom scene in the Home app, I can now tell Siri to “start my Apple Music scene,” and my neon sign will light up as music starts streaming over AirPlay from iTunes to my HomePod. Check it out in action in the video clip below:

HomeKit control of Apple Music is high on my wish list of future HomePod abilities, but for now, HomeBridge gets me halfway there. I’d love to be able to wake up to a morning playlist from HomePod, automated by a HomeKit scene.

After a little over two weeks with HomePod, I’m hooked. I’ve never had the budget or energy to devote to building a large home stereo system, so HomePod fills the gap. While you’ll certainly get richer sound if you’re willing to spend thousands of dollars and invest time in arranging a high-end system in your home, HomePod strikes a balance between price, audio quality, and ease of setup. 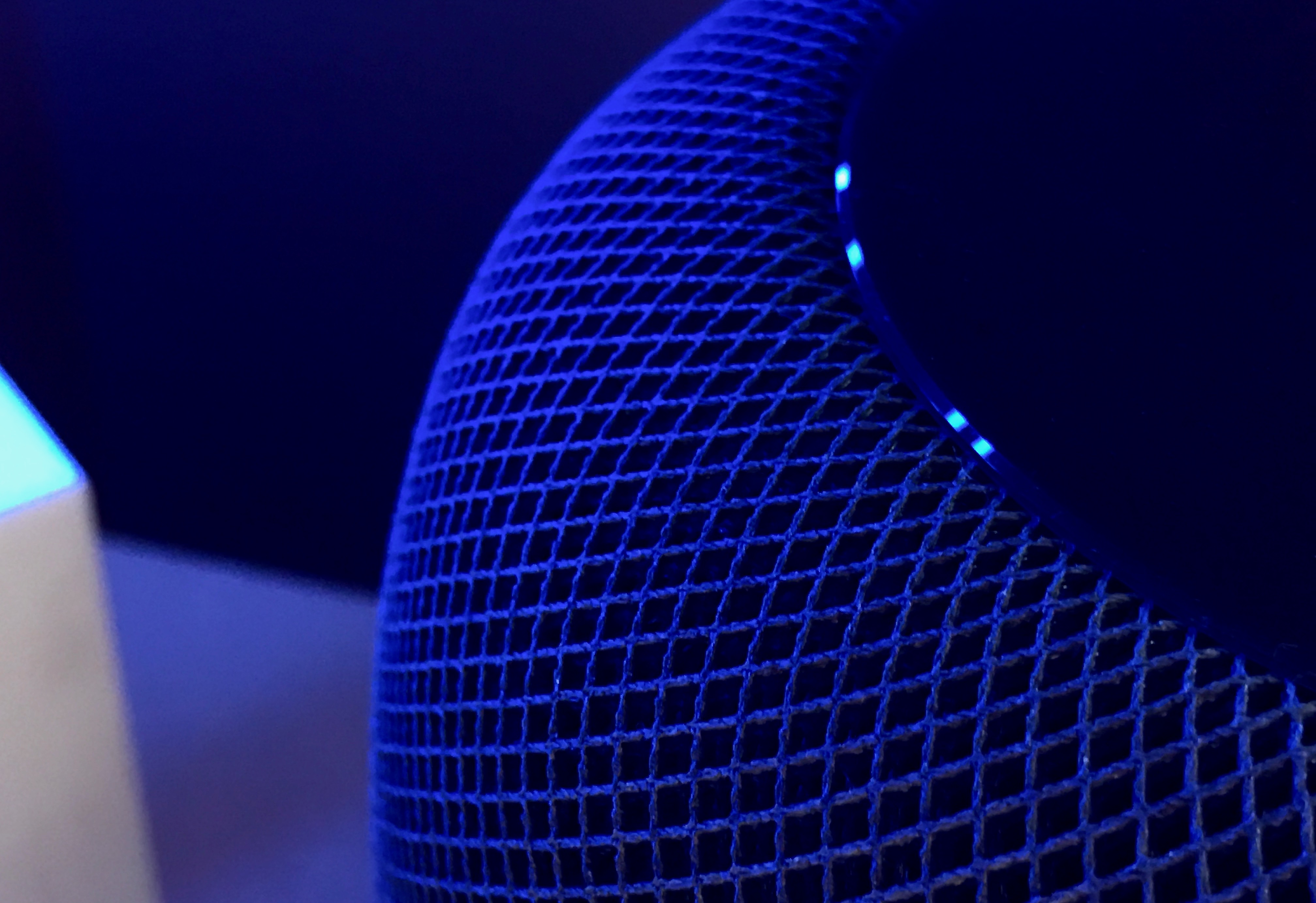 While some may judge the technical details of HomePod’s audio quality against competing speakers of similar price, its value lies elsewhere in my eyes. Music is one of life’s richest experiences, and reclaiming that joy for myself is a feature that can’t be tested or graphed.