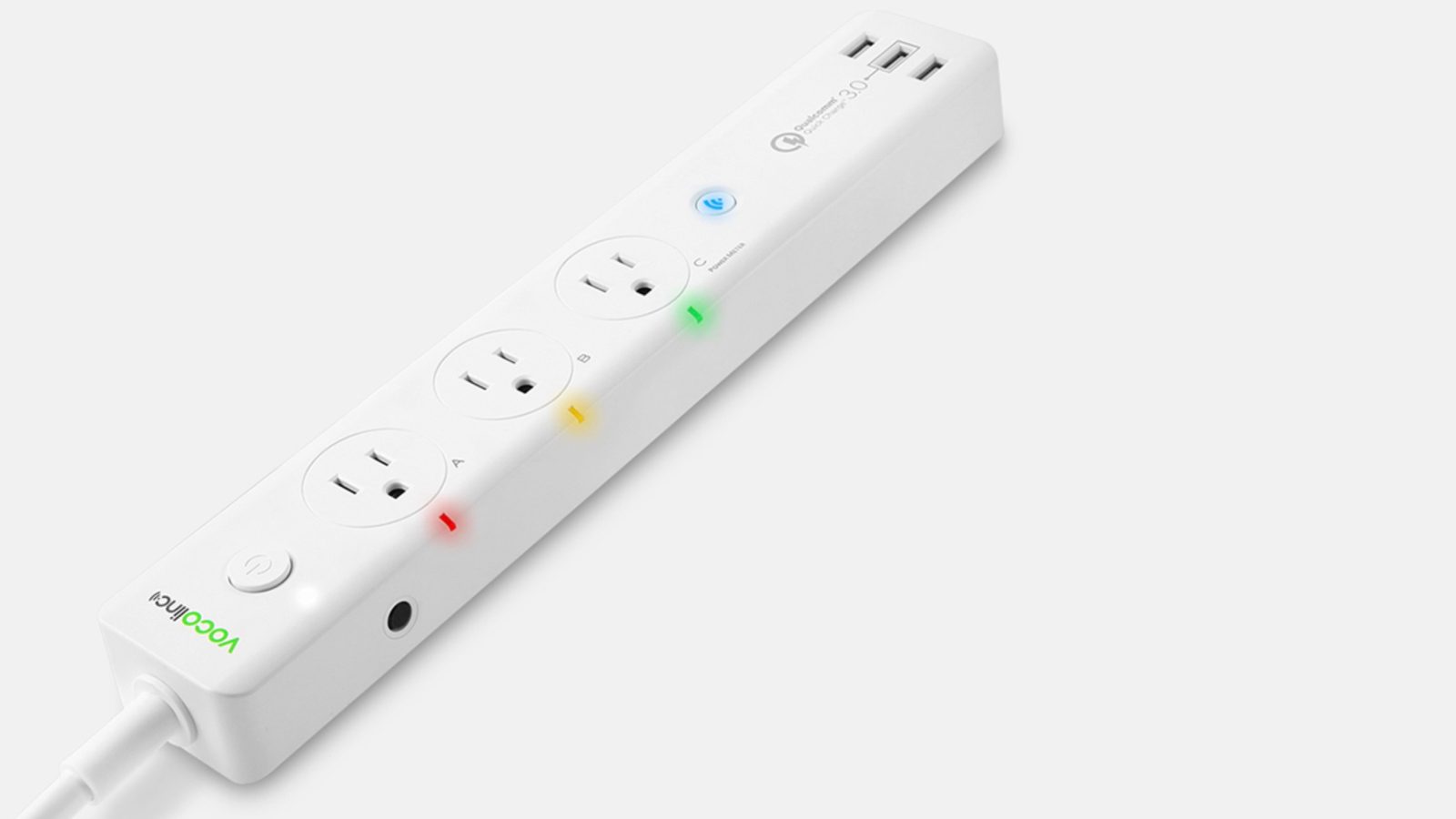 Adding HomeKit to your house can be expensive, but as the technology progresses, more affordable options have been making their way to market that make HomeKit a viable choice for more consumers.

A couple of weeks ago, Zac reviewed Hong Kong-based VOCOlinc’s HomeKit-enabled LED light strips, noting that the price almost seemed too good to be true for a HomeKit product with no bridge required. Intrigued by the company, I decided to try out their smart power strip with HomeKit support.

How does it work? Read on to find out…

Smart plugs are nothing new and companies like Belkin and iDevices have had options available for a long time. What makes VOCOlinc’s power strip unique, however, is the price.

Priced at $45.99 on Amazon, VOCOlinc’s smart power strip is an intriguing option as it seemingly converts three “dumb” devices to smart devices, with support for HomeKit, Amazon Alexa, and Google Assistant. You also get 3 USB ports and the power strip cable is 6 feet long.

So, how does the VOCOlinc stack up to other smart plugs on the market? 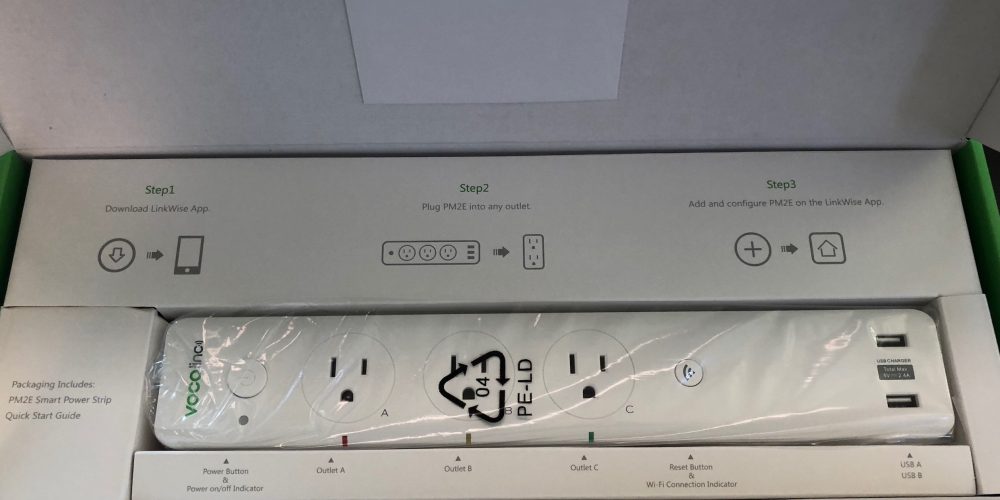 I’ve been using the VOCOlinc power strip for about a week now and have been incredibly impressed with how well it works. Set up is easy and integration with the Home app on iOS is nearly flawless.

When you first open the VOCOlinc power strip box, you’ll see instructions to download the company’s app from the App Store, but given that the product supports HomeKit, that’s not necessary. All you have to do is head into the Home app, choose the “+” in the upper-right corner, select “Add Accessory” and add the device using its HomeKit or tag.

From there, you’ll have the opportunity to set up each of the three outlets on the power strip. You can customize each one with a name and plug type. For instance, one of the plugs on the strip I’m dedicating to a fan so I can choose the “Fan” type in HomeKit. Another is a floor lamp, so I choose the “Light” type. The third is a “dumb” light strip I picked up from Amazon for testing, so I choose the “Light” option here as well.

From there, I had three brand new accessories in the Home app.

One important thing to note here is that you don’t get as much control over your HomeKit accessories with a smart outlet or power strip. For instance, because they’re “dumb” lights to begin with, I can’t adjust the color or brightness of the light strip or floor lamp I’ve added to the Home app. Instead, all I can do is power them on and off.

Another thing to remember is that there are some products that smart plugs just don’t work for. This includes devices that have a dedicated “on/off” button of some sort, such as some fans and electronic devices. Essentially, this is because smart power strips (and plugs) work by simply cutting off power to the outlet when chosen in the Home app.

Thus, if the device is on and you turn it off via Home, it will power off correctly, but you won’t be able to turn it back on without manually pressing the on/off button on the device itself. If the device has a switch, leaving the switch permanently in the “on” position should allow everything to work. 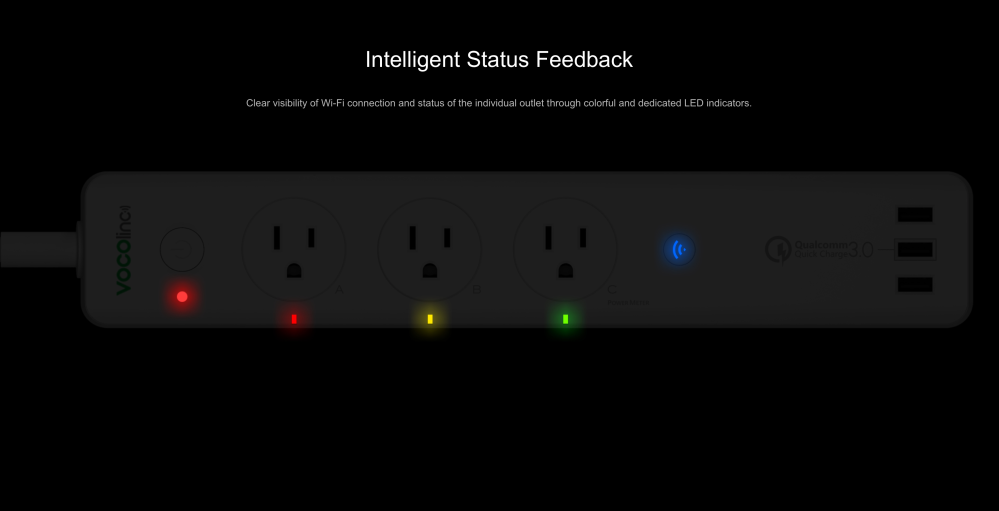 The best thing about the VOCOlinc is the value it provides. Most other single outlet smart plugs retail for around $30, so for just $16 more you’re getting three smart outlets (and three traditional USB ports). And the VOCOlinc only takes up one wall plug, whereas many smart plugs block two plugs.

The counter argument, of course, is that power strips are less versatile than smart plugs, since they require all of the devices to be in the same general area. I actually found it somewhat surprising that I had four devices that worked within reach of where I had placed the strip.

Ultimately, the VOCOlinc power strip is an easy and affordable way to add three HomeKit plugs to your home. It’s available for $45.99 on Amazon now.