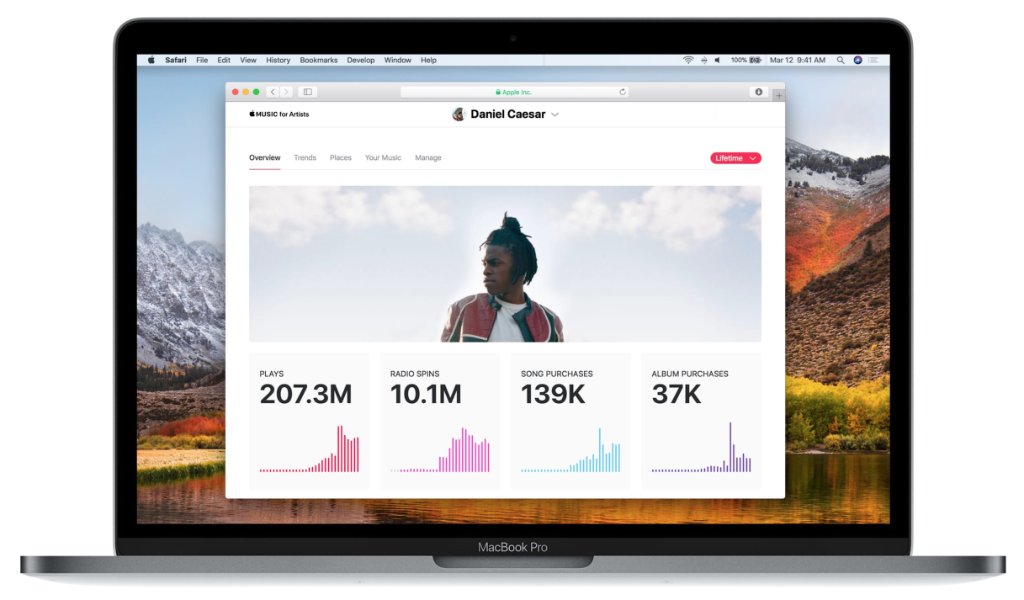 After opening the platform to a few thousand artists earlier this year, Apple is further expanding beta testing of its ‘Apple Music for Artists’ dashboard, the company announced via a tweet.

Apple describe it as “everything you need to understand your music’s impact across Apple Music and iTunes.” While not particularly interesting for the end-user, it gives artists a way to view listening data, trends, hot tracks, and much more.

The service will even map out the location where listeners are listening, to see trends in various countries, or tell you how a song is being played (e.g. via discovery weekly or Beats 1).

Artists can sign up on for the service on Apple’s website today. It’s unclear if Apple is allowing all artists to sign up, or if there’s a hard limit on how many beta testers the company wants. The company previously said it would open the platform to all artists by this spring.

Apple Music recently surpassed 38 million subscribers. It’s available on all of Apple’s platforms, including Apple Watch Series 3 with LTE, and HomePod. Outside of Apple, it’s available on Android, and on Windows via iTunes. The service costs $9.99 a month in the United States for individuals, $14.99 for families (up to 6), or $4.99 for students.

Attention artists: We're rolling out access to Apple Music for Artists! Reserve a spot on the beta at https://t.co/0fBvVBLnVI. pic.twitter.com/PLoHeE8Lea