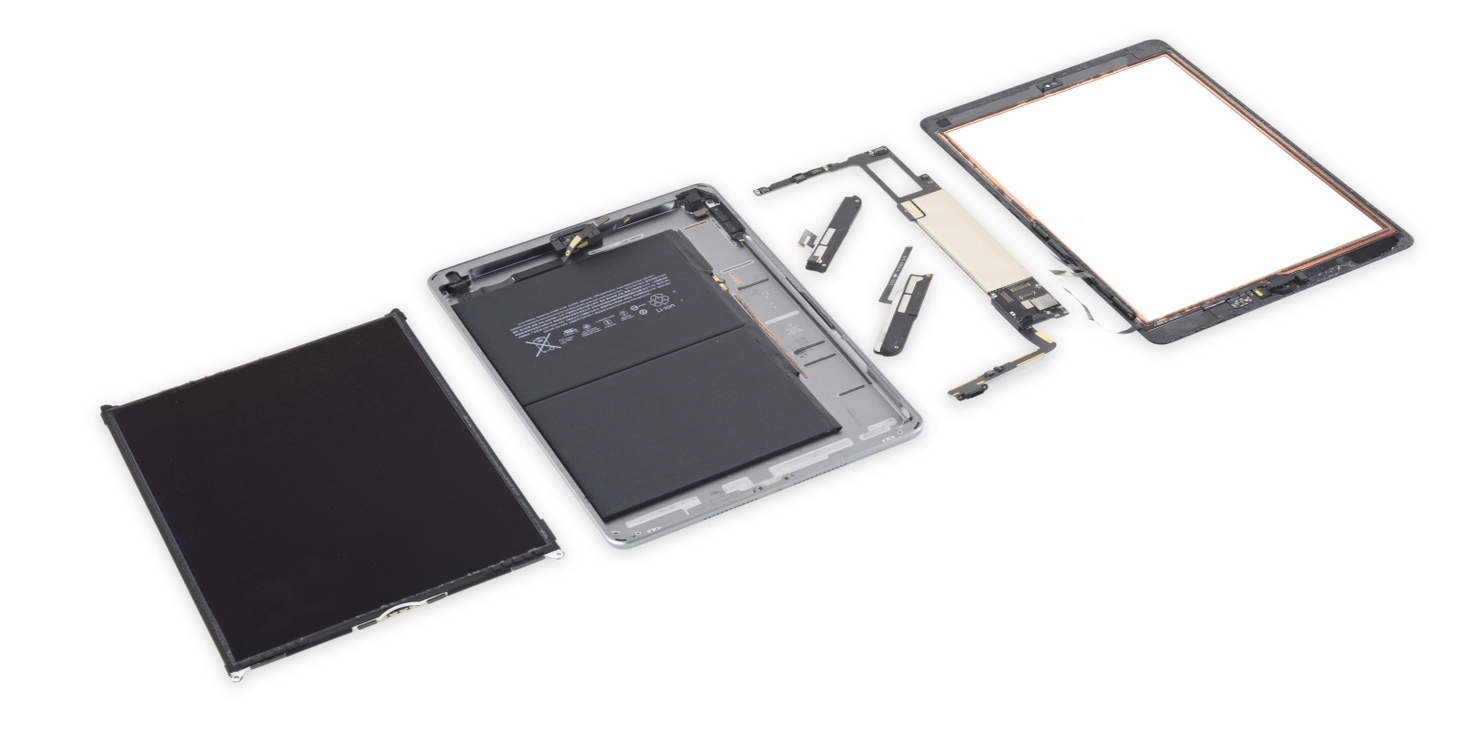 Apple’s 2018 iPad internals are unsurprisingly similar to the 2017 model, as shown in this photograph of the internals (ready to use as an iPad wallpaper!).

The iFixit teardown report highlights that LCD display repairs are cheaper than Pro models because the screen is not laminated, but any aftermarket service is still difficult due to extensive use of adhesive to secure the internal parts.

The new Apple Pencil support in this iPad appears to come from the Broadcom touchscreen controllers, seen before in iPad Pro models.

Like last year’s entry-level iPad, the LCD display is separate from the cover glass. If the iPad is dropped and the cover glass gets cracked, the glass can be replaced without needing to swap out the entire display assembly and digitizer.

In general, the teardown is not too interesting as the device is mostly a carbon copy of the previous generation model. iFixit laments the fact that Apple continues to use strong glues to keep everything in place inside the iPad.

These adhesives must be heated up and broken when opening the tablet up, making any repairs somewhat destructive. The 12.9-inch iPad Pro uses pull-tabs rather than glue to hold down the batteries, a design choice that has not percolated to other models. If the iPad had tabs, it would have gotten a much higher repairability score.

Alas, the 2018 iPad scores a measly 2/10 for repairability. Repairs will be cheaper than iPad Pros due to cheaper internal components, but still difficult to accomplish.