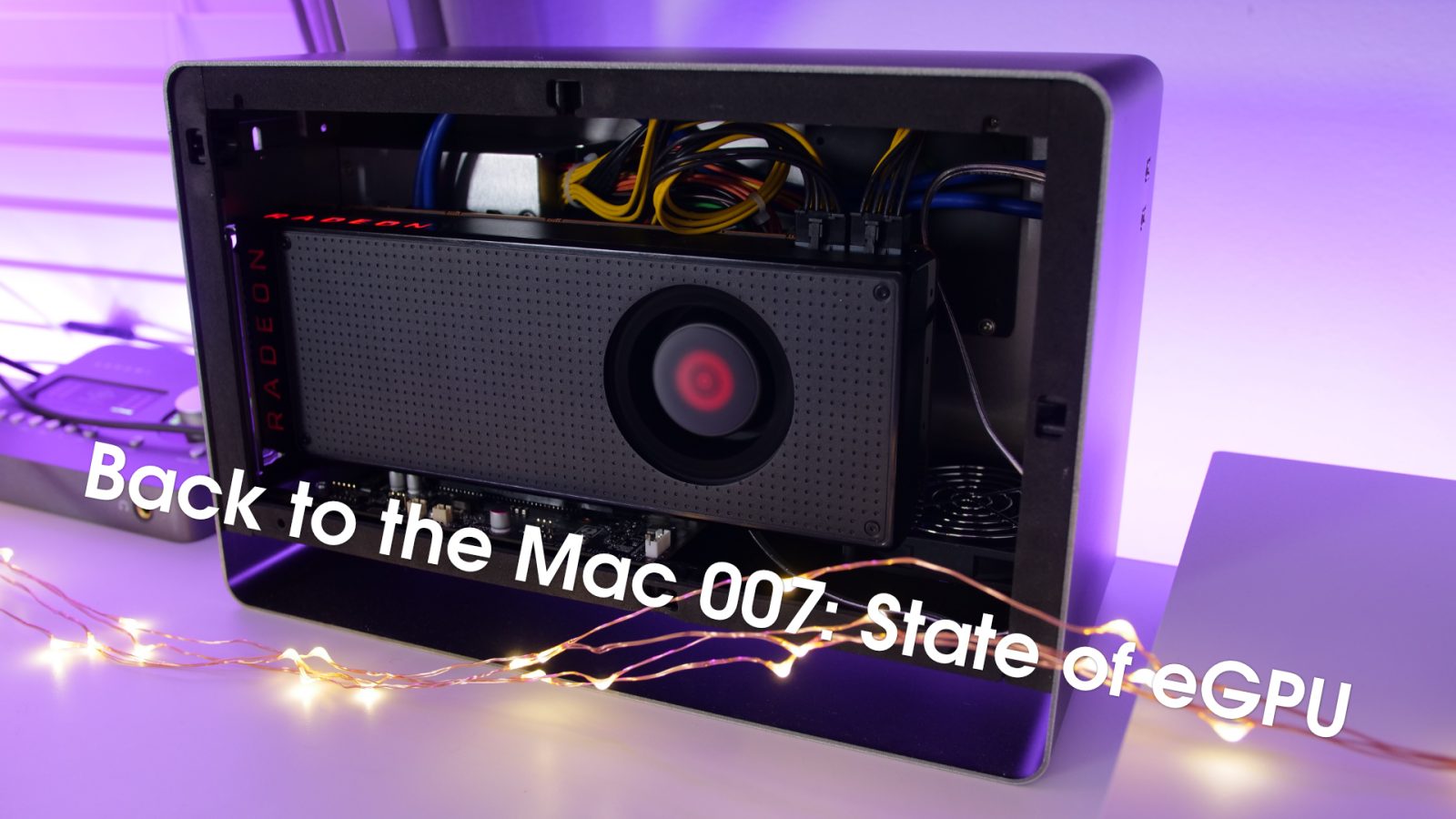 With last week’s launch of macOS 10.13.4, Apple officially rolled out external GPU support as it promised at WWDC. As we noted last week, Apple has released updated documentation highlighting the details of eGPU implementation.

It also provided updated documentation to better help developers with targeting external GPUs in their applications. On this week’s episode of Back to the Mac, we discuss eGPU support in macOS 10.13.4, including some of the finer details about external vs internal display support, GPU monitoring, and more.

Here are a few takeaways from this week’s episode:

Users can view eGPU usage history directly from Activity Monitor. This will allow you to monitor all of the GPUs connected to your Mac at any given time. Since macOS supports multiple GPUs, including multiple external GPUs, being able to monitor activity is very handy.

Simply open Activity Monitor, select Window in the menu bar, and select GPU History. You will see a GPU history graph including details from all available GPUs.

Only one GPU can drive a display at any given time, and only the internal GPU (either discrete or integrated) can drive an internal display on a Mac.

That said, it is possible for developers to render their application on an external GPU and present the application on the internal display. Developers will need to add support for this within their apps.

Although the same is true when moving draw data between a discrete and integrated GPU, the overhead is much less because PCIe bandwidth between the two internal GPUs is faster than external Thunderbolt 3 bandwidth.

For the fastest and most efficient eGPU-driven performance, you’ll want to pair an external display with your external graphics setup. You’ll want a display with DisplayPort and HDMI connectivity so that you can connect directly from the graphics card to your display.

The nice thing about having an external display setup is that games run on the external display reap immediate performance benefits without any updates. This is especially noticeable on underpowered machines like the entry-level 13-inch MacBook Pro.

The best eGPU that Apple recommends is the Sonnet eGFX Breakaway Box 650W. Not only does this box provide you with enough power to drive a high-end Radeon RX Vega 64, but it provides 85W of power delivery, enough to recharge a 15-inch MacBook Pro at full speed. I suspect that we will see more eGPU boxes in the not-too-distant future, which will hopefully provide us with more Apple-recommended options.

Be sure to watch the video above for more details on eGPU setups. Now that Apple has officially rolled out external graphics support, would you consider using an eGPU with your eligible Mac?