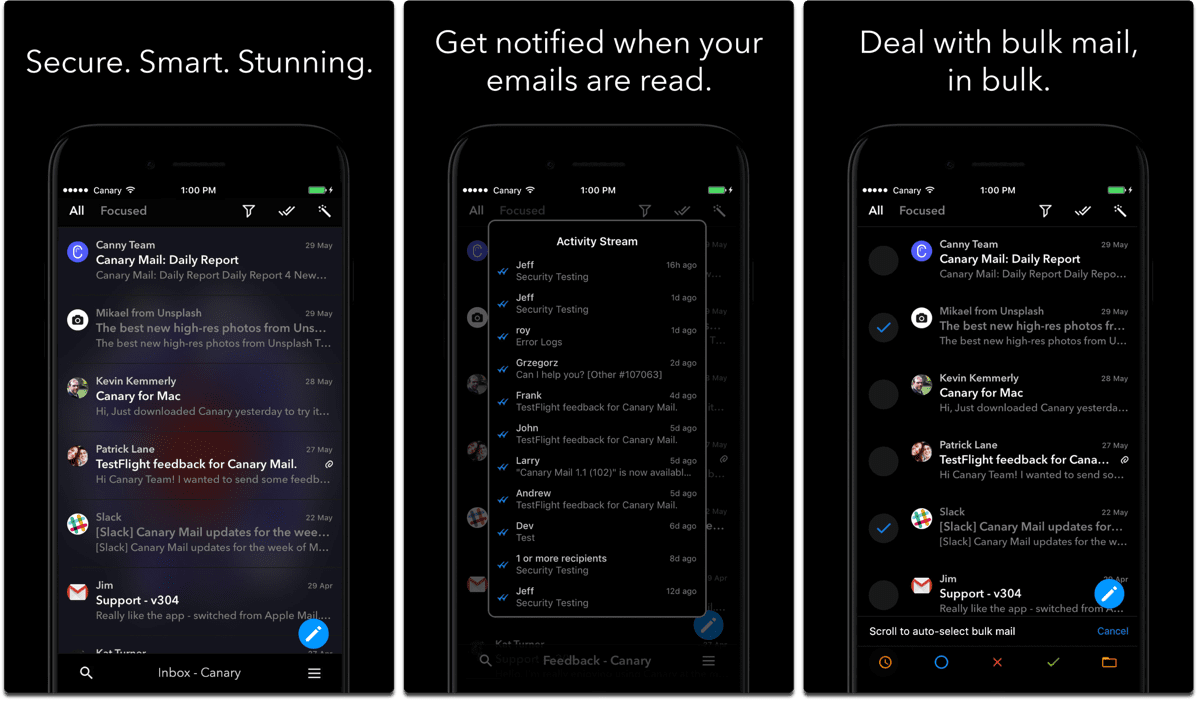 There are very few apps on Apple Watch that work over LTE, and the ones that do can be very limited in functionality. Most notably, third-party email clients either don’t work without the iPhone or don’t offer a Watch app at all. The first-party Apple Mail app is an exception to this rule, but you’ll run into the “please view this email on iPhone” message pretty often.

The Canary email client for iOS today rolled out an update to add support for an Apple Watch client. While it’s still in beta according to the release notes, our initial testing shows that the Watch companion app works over LTE, a first for any third-party mail client that we’ve tested.

While not fully baked in, Canary will attempt to parse the text portions of your email and give you the first few lines at the very least, which is a lot more than the first-party Mail client which will not even attempt on most emails.

The app also gives quick options to reply to your email as well, using the built-in scribble, quick replies, and voice dictation options.

Canary is available on the App Store as a free download with a three-day trial. Users can purchase the full application as an in-app purchase for $4.99. iPhone X users should consider the app as it offers an OLED mode.