Feature Request: After buying a ‘Netflix for magazines,’ it’s time for Apple to do the same for ebooks 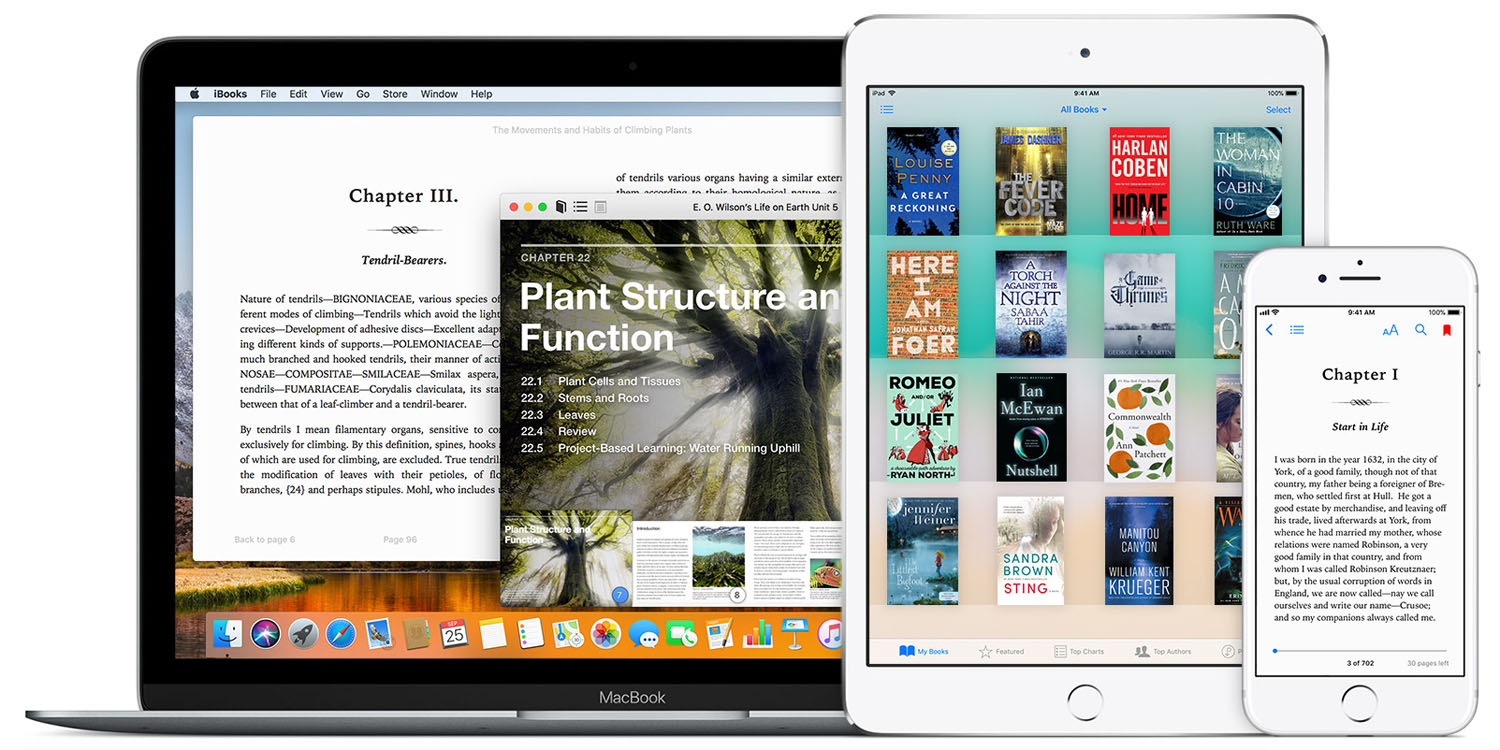 As Apple seeks to boost its recurring income from services, it recently purchased Texture – one of a number of services described as ‘Netflix for magazines.’ Ten dollars a month gives subscribers access to more than 200 different magazines.

That’s nice, but what I really like to see from Apple is ‘Netflix for books’ – perhaps more accurately described as ‘Kindle Unlimited for iBooks.’

If Apple were able to bring to that the kind of discovery smarts it has achieved with Apple Music, it would be a killer product …

I’m an avid reader, so when Amazon first launched Kindle Unlimited, I took a close look at it. You paid $9.99 a month to have access to what was, at the time of launch, around 640,000 ebooks.

You can think of Apple Music as borrowing one music track at a time – the one you’re listening to. When you reach the end of the track, it’s effectively returned to the Apple Music library and the next track is delivered to you.

Kindle Unlimited works in a similar way for ebooks, except that you can borrow up to ten books at any one time. You might do this because you read more than one book at a time (I tend to have one fiction and one non-fiction book on the go at any one time), or simply because you want to cue-up a number of books to read next.

At launch, the big weakness was the limited selection of books. More than half a million books sounds like a lot, but almost all were self-published, and only a fairly small fraction of those were of the quality you’d associate with traditionally published books. There was, to put it politely, a lot of sub-standard work.

But things have changed a lot since then. First, the number of books has increased, to more than 1.4 million. More significantly, however, there’s been a quiet revolution on the self-publishing front. What was once seen as a second-class form of publishing has transformed into the first choice of many best-selling authors.

Indeed, it was advice from a couple of authors who’d made the switch from traditional publishing to self-publishing that led me to take the same route with my own novels. There’s a whole industry of editing services aimed at self-published authors, so the proportion of them that are indistinguishable from trad-published books is far higher.

Like Apple Music, Kindle Unlimited is great value for the money

I consider Apple Music a bargain. Back when I bought CDs, I might buy anywhere from one to five albums a month. To pay less than the cost of one album a month to have access to most commercially available music is, to me, fantastic value.

It’s the same for me with Kindle Unlimited. The books included in the KU library tend to be cheaper ones – typically ranging in price from $0.99 to $4.99 – but if you read more than four or five books a month, you’ll generally save money. I get through about twice that many, making it great value.

Given how much data Amazon has about me (almost all my non-grocery shopping is done there), it amazes me how poor its recommendations are. It ought to know enough about me to make fantastic product recommendations, and yet it doesn’t.

The same is true of Kindle Unlimited. Yes, when I borrow a book, it shows me other books bought by those who own it. But despite the fact that I have more than a thousand books in my own Kindle collection, it doesn’t seem to use those to recommend other books it thinks I would like. That’s a major failing.

However, while Amazon hasn’t mastered discovery, Apple has. Not immediately, as I noted in an early Apple Music Diary piece, but well within the free trial period it was making fantastic recommendations. To the extent that, these days, the majority of the listening I do is to Apple Music’s For You playlists and albums.

So that’s why I’d love to see Apple launch an iBooks competitor to Kindle Unlimited: to have the company help me discover as many new authors as it has musicians.

What about you? Would you be interested in a $9.99/month all-you-can-eat iBooks Unlimited service? Please take our poll and share your thoughts on the idea in the comments.