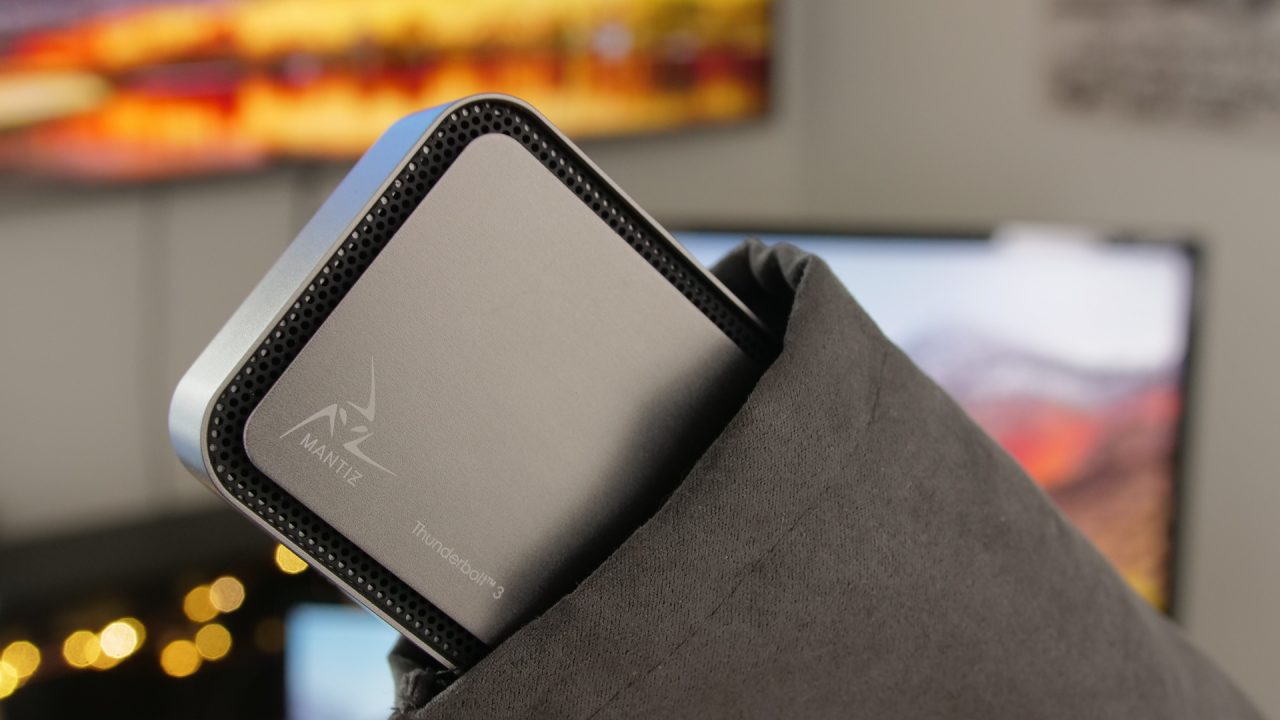 If you’re in the market for a Thunderbolt 3 device that allows you to connect to up to two 4K displays at 60 Hz simultaneously, but don’t want to invest in a full on external GPU, then the Mantiz Titan may be worth considering. A multi-video dock featuring dual DisplayPort 1.2 connections and a single HDMI 2.0a connection, this unit allows you to connect a Thunderbolt 3-enabled MacBook Pro or iMac to two 4K displays at once.

Users can opt to use both DisplayPort connections or a single DisplayPort + HDMI connection to achieve a dual 4K display setup. In other words, the Titan allows you to quickly connect to multiple external displays without the need for an eGPU box with dedicated graphics card. Watch our hands-on video for a brief look at the Mantiz Titan in action.

The Mantiz Titan is from the same company that produces the Mantiz Venus eGPU, which is an external graphics solution that provides a variety of I/O options. The Titan includes several additional I/O options as well, including gigabit Ethernet, VGA, and dual USB 3.1 gen 1 ports. All connectivity, outside of the front-facing Thunderbolt 3 port, is contained on the rear of the unit.

The majority of the Titan’s chassis is comprised of space gray anodized aluminum, with the bottom surface containing a large non-slip rubber area to help prevent it from sliding around on a desk. 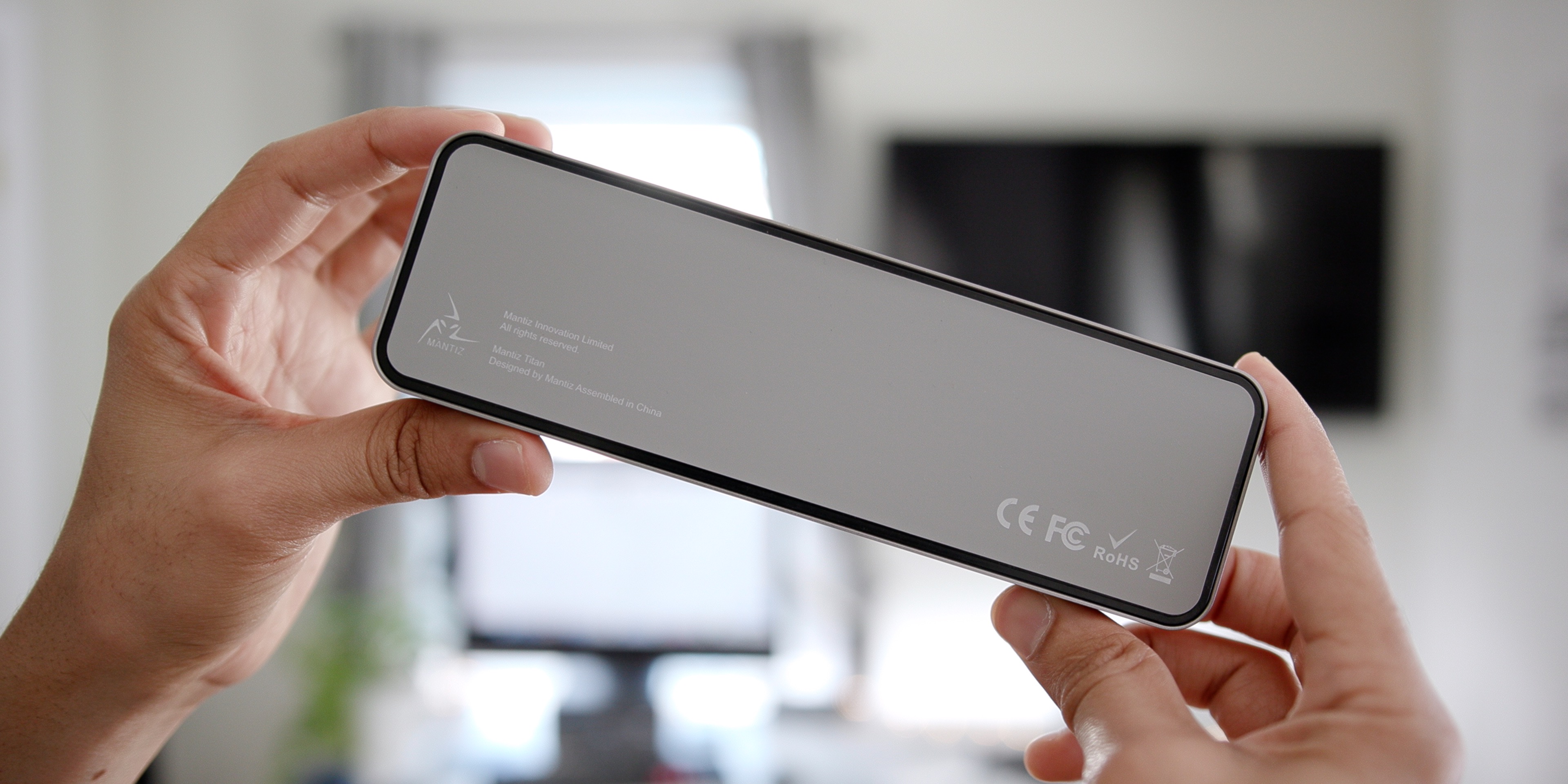 The power adapter for the Titan is unsurprisingly large considering that Mantiz is promising 87W of power delivery, enough to charge a 15-inch MacBook Pro at full throttle. The downside of such a feature is that it slightly reduces the overall portability of the unit, since the power brick is larger in some dimensions than the dock itself.

One of my biggest gripes with the Venus is the super-short Thunderbolt 3 cable, which causes it to have to be placed extremely close to your MacBook Pro with little wiggle room. I definitely recommend purchasing a longer Intel-certified 1- or 2-meter Thunderbolt 3 cable, such as this 2-meter one from CalDigit. Make sure you don’t cheap out on cables, because only more expensive active cables will work properly over these extended distances. 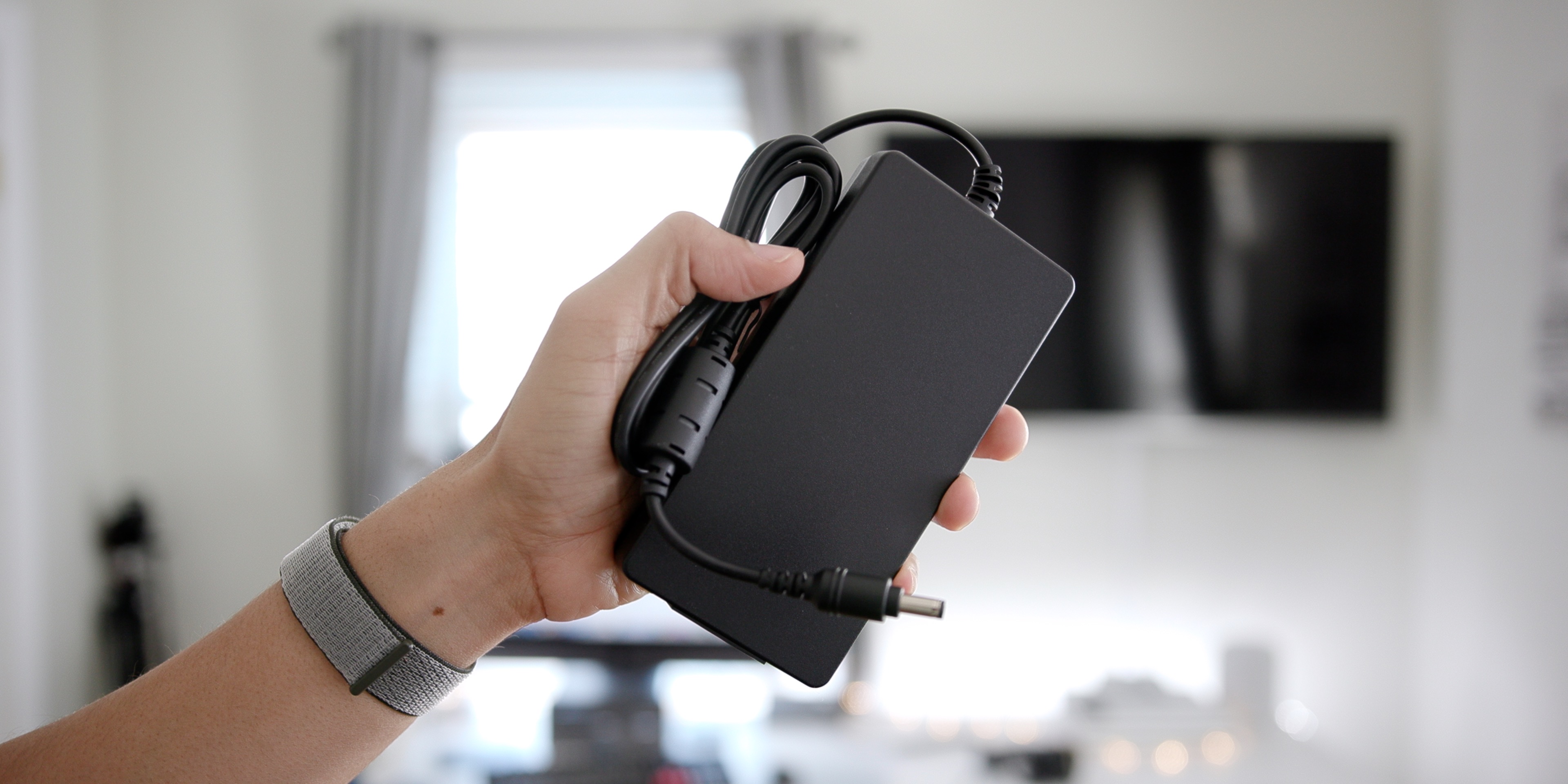 Mantiz is currently taking orders for the $229 ($219 for a limited time) Titan, with initial shipments going out now. After testing out connectivity, I can vouch for its ability to drive two 4K displays running at 3840×2160 with a 60 Hz refresh rate. Obviously such a setup is for low-intensity workflows that can play nice with an integrated GPU on a MacBook Pro. This isn’t the setup for you if you plan on gaming or anything else that requires such GPU power.

If you’re looking for something that will provide your MacBook Pro with more kick, then an eGPU box is obviously the better option, especially with official eGPU support now available. Not only will that allow you to connect to external displays via HDMI and DisplayPort, but there’s more flexibility involved, because you’re connecting directly to a discrete graphics card inside the enclosure. That said, it should be noted that an eGPU solution is a significantly pricier investment than a standalone dock like the Mantiz Titan. It all depends on your needs; if you just need two 4K screens for low stress work, then the Titan may prove to be a good choice.