Caption contest: What are Tim Cook and Donald Trump discussing in this Oval Office picture? 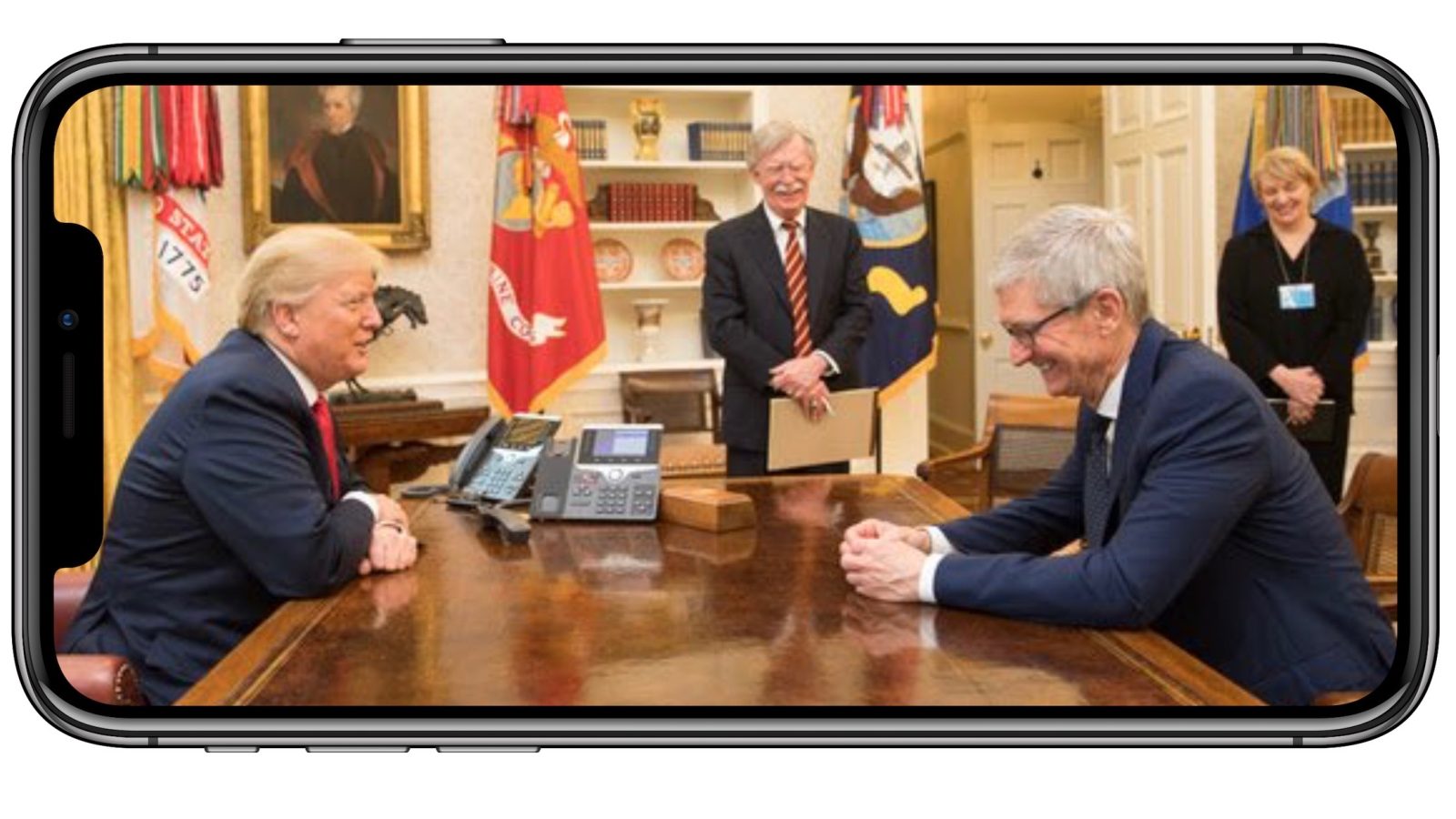 Last week, Tim Cook visited Washington D.C. to attend the French State Dinner and to have a private meeting with President Trump himself. Following the meeting, The White House released the above image, showing President Trump and Tim Cook seemingly having a grand time in the Oval Office.

What do you think the two are discussing in this picture?

In the background of the image is John Bolton, National Security Advisor of the United States. According to the release from The White House, Cook also met with Bolton during his meeting with Trump.

According to a report from CNBC, Tim Cook began the meeting with Trump by praising the recent tax overhaul:

Tim Cook “loves the tax cut and tax reform,” and thinks that “it’s great for business. And Apple is going to be building plants, campuses, adding jobs, lots of business investment. That was the first point he made to President Trump.”

Cook is also said to have offered suggestions on policy as it relates to China, where he has a lot of experience due to Apple’s supply chain.

Last week’s meeting isn’t the first time Tim Cook has been in the same room as Trump. Last January, Cook was among a handful of tech executives who attended a meeting at Trump Tower to discuss modernizing the United States government. That meeting brought a handful of pictures of Cook where he looks much less thrilled then he does in the above image.

What do you think Tim Cook and Donald Trump are discussing in the picture? Let us know down in the comments and up vote your favorites!