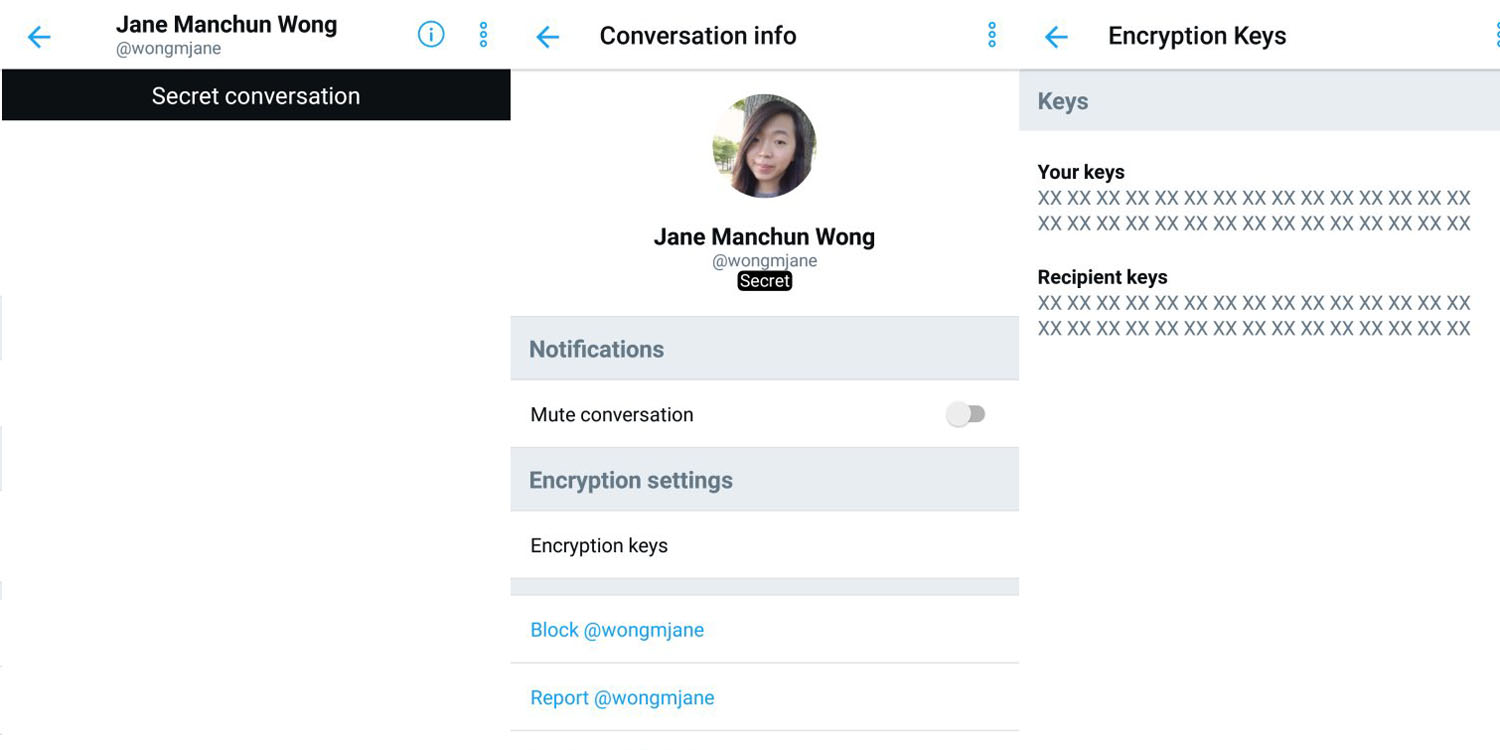 Twitter appears to be working on supporting encrypted direct messages, with a feature currently labelled Secret Conversations. A computer science student spotted code which supports the use of end-to-end encryption …

While the code was found in an Android Package Kit (APK) – a file format used to distribute and install Android apps – it is near-certain that it would be a cross-platform feature.

Jane Manchun Wong tweeted (via CNET) a series of screengrabs that indicate it will be an optional feature which users can choose to switch on or not.

The discovery follows an embarrassing revelation by Twitter last week that a bug led to user passwords being inadvertently stored in plain text.

Hidden inside the code of Facebook’s Android app is an unreleased feature called Facebook Avatars that lets people build personalized, illustrated versions of themselves for use as stickers in Messenger and comments. It will let users customize their avatar to depict their skin color, hair style and facial features. Facebook Avatars is essentially Facebook’s version of Snapchat’s acquisition, Bitmoji, which has spent years in the top-10 apps chart.

Facebook confirmed to the site’s Josh Constine that it is working on the feature, which would again almost certainly be cross-platform.

Facebook confirmed it’s building Avatars, telling me, “We’re looking into more ways to help people express themselves on Facebook.” However, the feature is still early in development and Facebook isn’t sure when it will start publicly testing.

In the onboarding flow for the feature, Facebook explains that “Your Facebook Avatar is a whole new way to express yourself on Facebook. Leave expressive comments with personalized stickers. Use your new avatar stickers in your Messenger group and private chats.” The Avatars should look like the images on the far right of these screenshot tests. You can imagine Facebook creating an updating reel of stickers showing your avatar in happy, sad, confused, angry, bored or excited scenes to fit your mood.

Facebook has AI tech which would allow it to automatically generate avatars from profile photos, but Constine suggests that the company may instead ask you to create them yourself.

Facebook has a long track-record of copying Snapchat features, including Your Story, a Snapchat Stories clone.