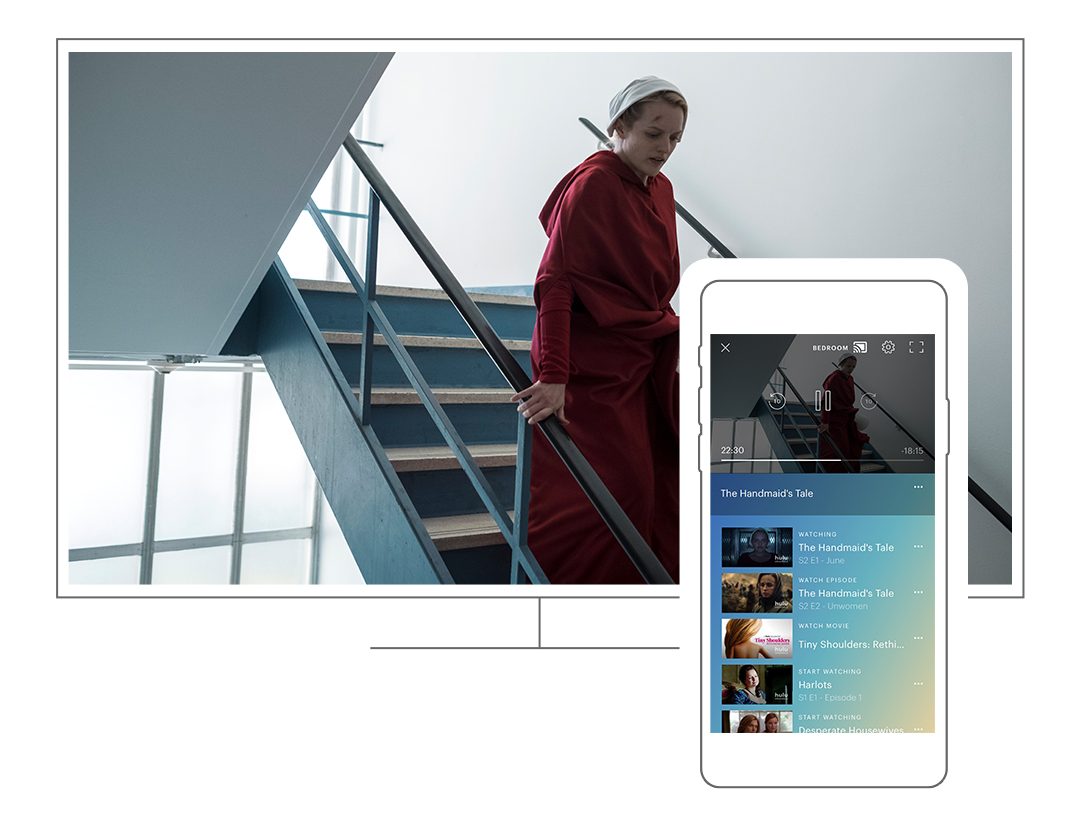 After launching for Apple TV, Hulu is now rolling out its new Live TV guide to its iOS app, as well as on the web, among other updates.

The company announced in a press release that it will be launching new features to give viewers more granular control over their experience on mobile. Such features include a portrait player, improved scrubbing, and more, in addition to the new Live TV guide.

To enhance both your mobile and Web experiences, we’re rolling out a handful of features that will get you to the programming you love more quickly, give you more control over your recommendations and let you share your TV moments when you’re away.

The new portrait video player specifically will let users view live television while also browsing through the guide, at the same time.

For iOS users, the company is adding support for HDMI via iOS devices, allowing users to view their Live TV Hulu content on the big screen when away from home. Hulu is likely awaiting the debut of AirPlay 2 to implement a wireless version of this.

If you happen to own a Chromecast, Hulu is also making improvements to streaming there as well.

In addition, web users will finally get the new and improved Hulu experience that is already available on its mobile, smart TV, and set top box applications. Live TV customers will get it first by visiting this link, with everyone else getting it “throughout the summer.”

Hulu Live TV starts at $39.99 with a premium tier option that removes ads on on-demand content. The app is available on the App Store as a free download.