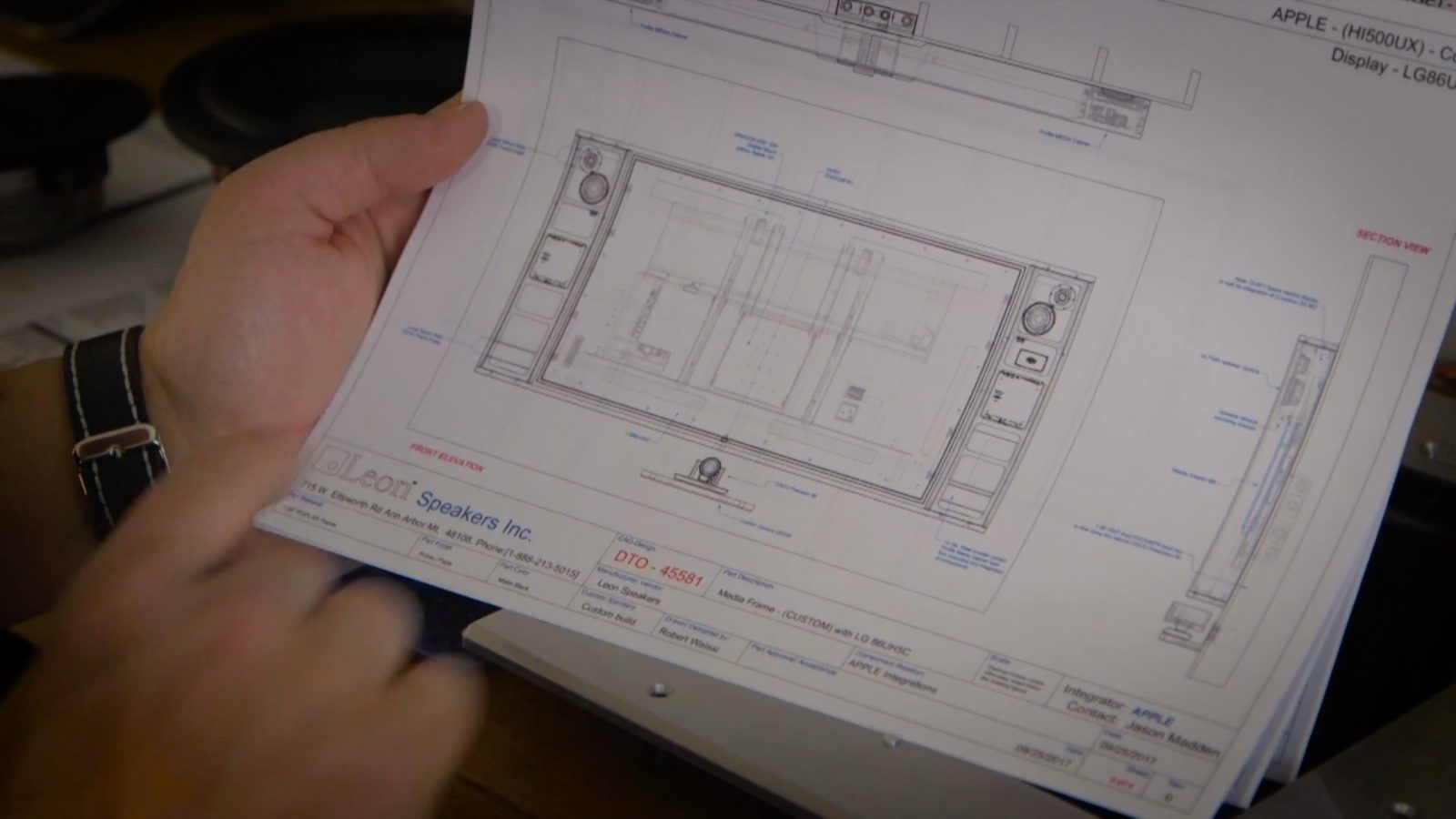 While the architecture and landscape of Apple’s new campus in Cupertino have been extensively documented through photography, drone flights, and spirited conversation, a new video from manufacturer Leon Speakers calls attention to an overlooked aspect of Apple Park – its audio system.

Leon Speakers is an Ann Arbor, MI based company specializing in custom audio products for high-end retailers and clients. According to the video, the company was selected to be Apple Park’s custom audio provider in the spring of 2016, long before the campus began welcoming employees.

In total, 734 of Leon’s Horizon and Profile Ultima speakers were created for Apple in under three months, outfitting 367 “huddle rooms” within Apple Park. Leon Commercial Sales Director Mike Fencil notes that Apple had specific needs for superior performance and speech intelligibility for their speakers, which were required to fit in very precise spaces and forms. 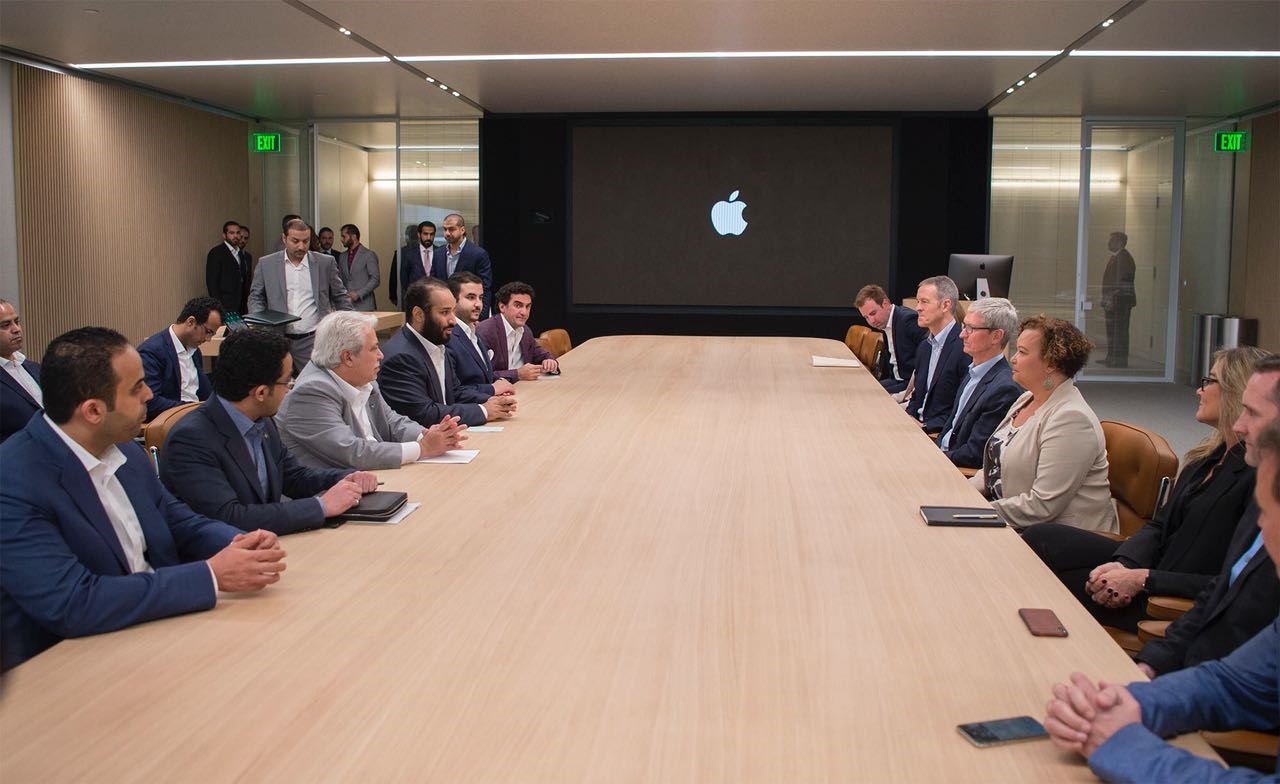 The Horizon series of soundbars are reference-grade speakers that can be built up to 120 inches wide and mounted to televisions or walls using custom brackets. The Profile series of speakers, designed to be mounted vertically, are similarly hand-crafted to match the exact height of any display and are described as featuring an “incredibly flat frequency response.” Speech intelligibility was likely a high priority for Apple as the system appears to be used for video conferencing in concert with LG’s 68UH5C television, an 86-inch, 4K-resolution panel. A similar, if not identical configuration is visible in photos taken at Apple Park in April, when Saudi Crown Prince Mohammed bin Salman visited with Tim Cook.

Check out the video below, which offers fascinating insight into the attention to detail put into features of Apple Park that might otherwise be taken for granted. Leon Speakers has created custom systems for other technology companies as well, including Slack and Microsoft. They also offer a free iPad app to help select and place speakers in any space.

Update: It appears that the source video has been removed.