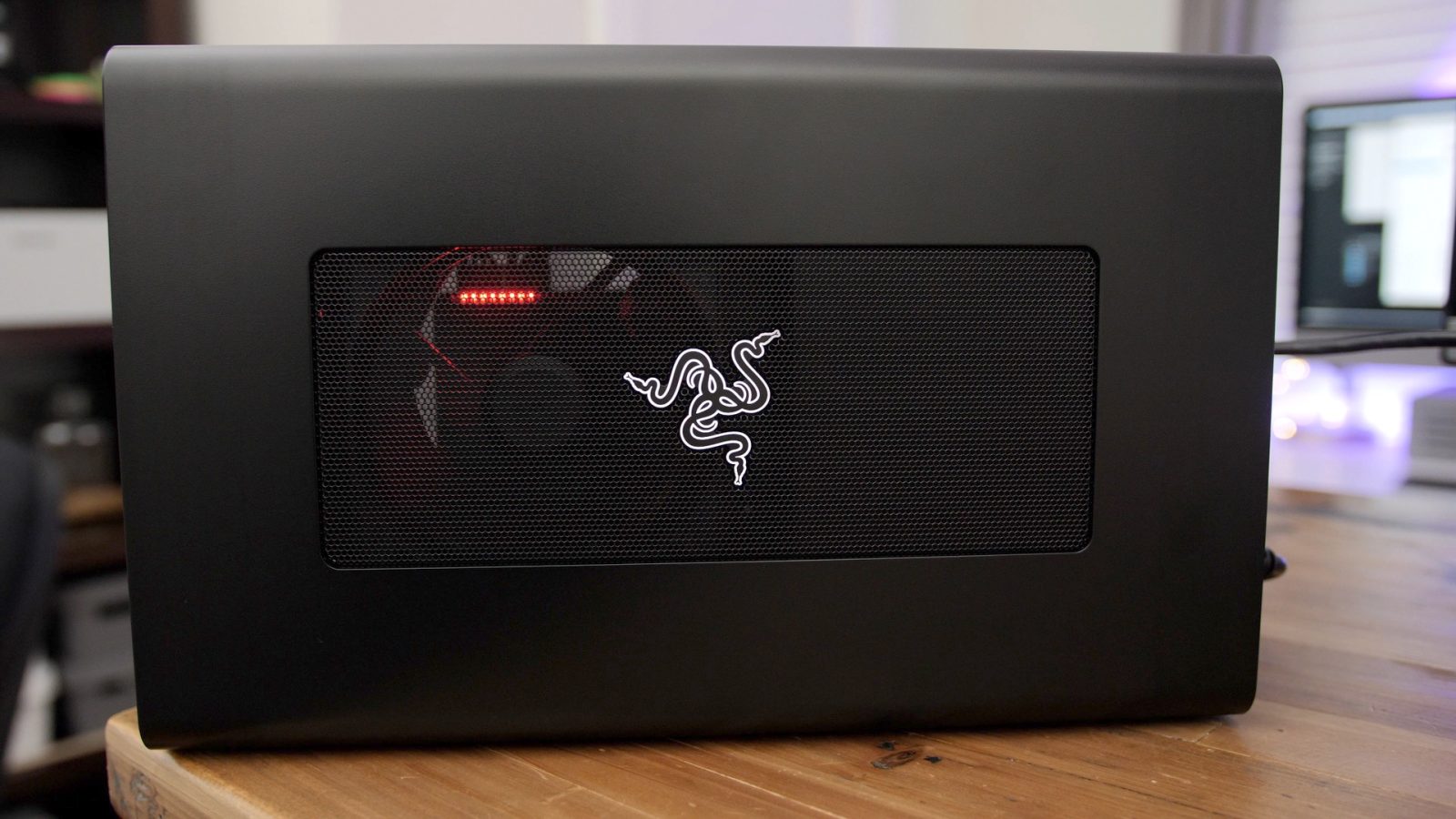 Earlier this week Razer, best known for its PC Laptops and gaming-related peripherals, introduced a new eGPU solution called the Razer Core X. Razer already produces an eGPU called the Razer Core V2, but the Core X is a budget-friendly eGPU box that’s being marketed at both Mac and PC users.

Compared to the Core V2, the Core X is a more straight-forward solution, eschewing niceties like USB, Ethernet, and RGB lighting in favor of a less expensive, more corporate-looking external Thunderbolt 3 graphics solution.

Is the Razer Core X a good solution for Mac users in search of an eGPU? How does it stack up to the current crop of Mac-compatible external graphics boxes on the market? Watch our hands-on video walkthrough for the details. Specifications

I’ve long admired Razer from afar, especially what the company is doing with its laptop business. It’s produced some seriously-impressive laptops as of late, such as the six-core Razer 15 that launched alongside the Core X eGPU.

Prior to going hands-on with the Razer Core X, I wasn’t expecting a lot from its build quality given the $299 price point. Granted, I’ve never really used a Razer product before, so I had no idea what to expect. Unboxing the Core X provided me with the first indication that this wasn’t just some unit from a parts bin thrown together to make a quick buck. Everything about the packaging, from the box, to the quality of the styrofoam inserts used to protect the chassis showed attention to detail. 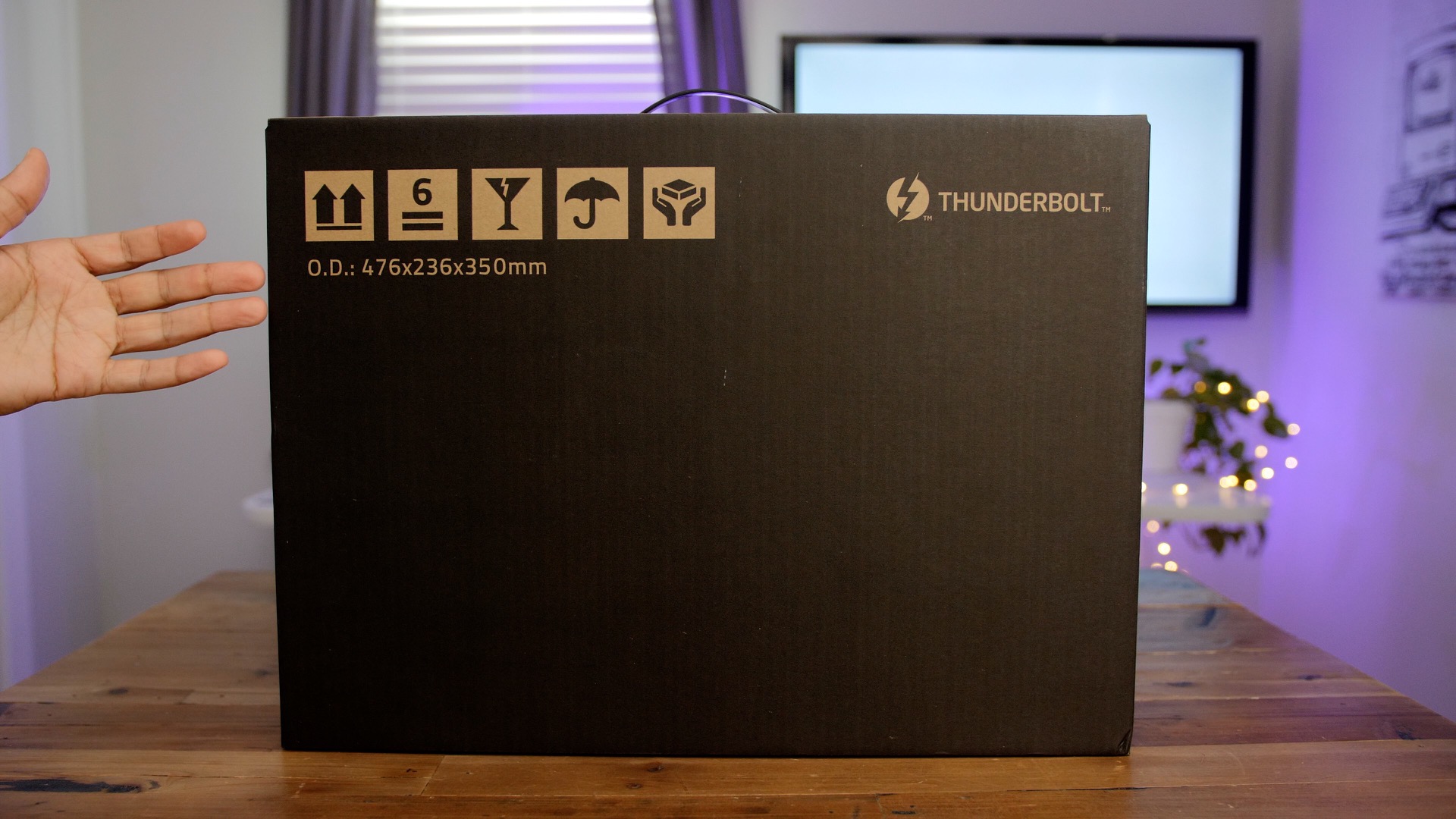 The Razer Core X features a black, all aluminum enclosure with a hideaway quick release lever (not a handle) on back. Rotating the quick release lever from its hidden position unlocks the inner chassis from the outer chassis. It’s a thoughtful mechanism that allows you to quickly gain access to the inside of the Razer Core X without needing to rely on tools or screws. 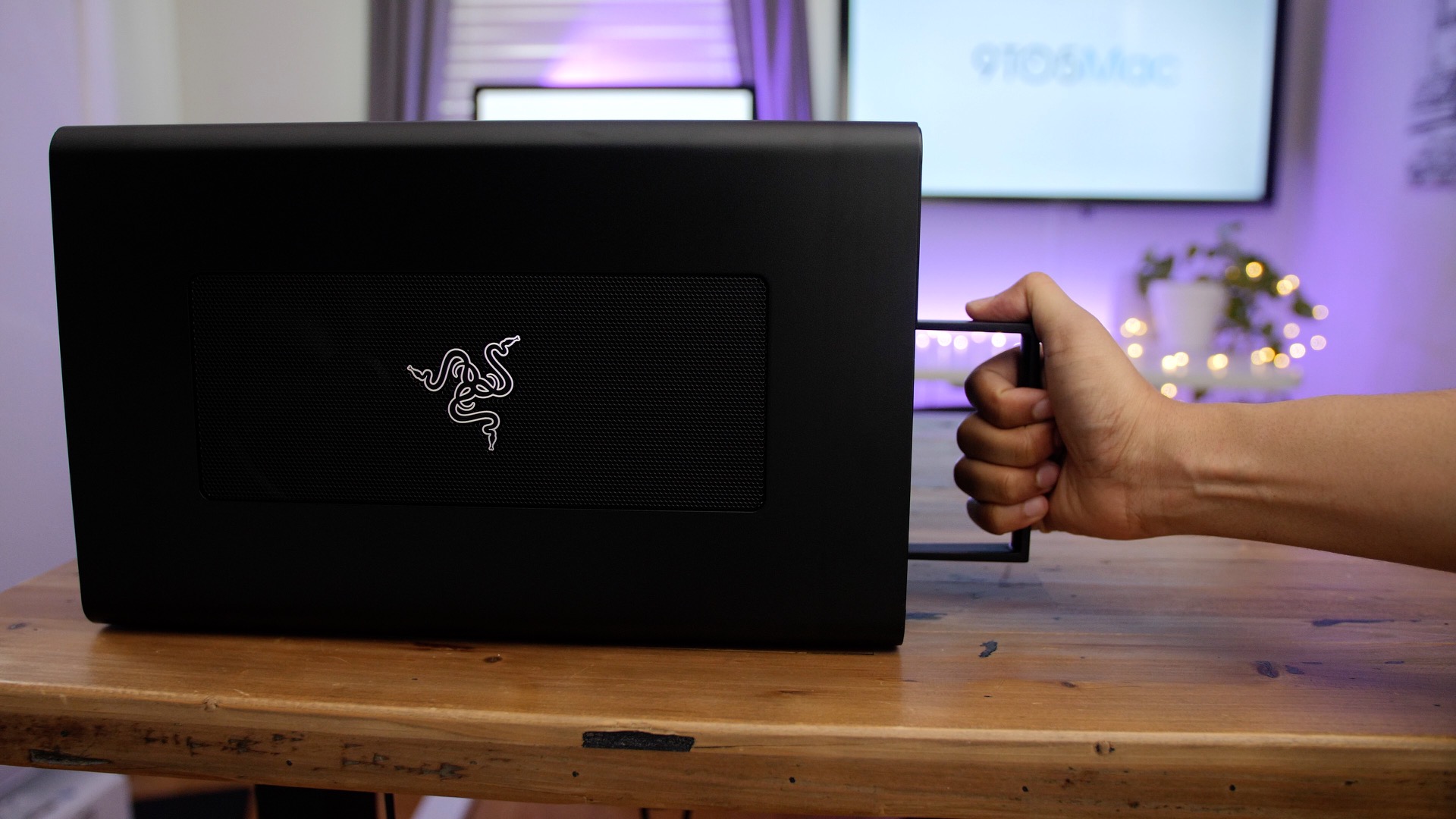 On the bottom of the Razer Core X, you’ll notice a large continuous strip of non-slip material to help keep the unit secure on a desktop surface. The non-slip material works together with the quick release lever, allowing you to open and close the chassis with a single hand. 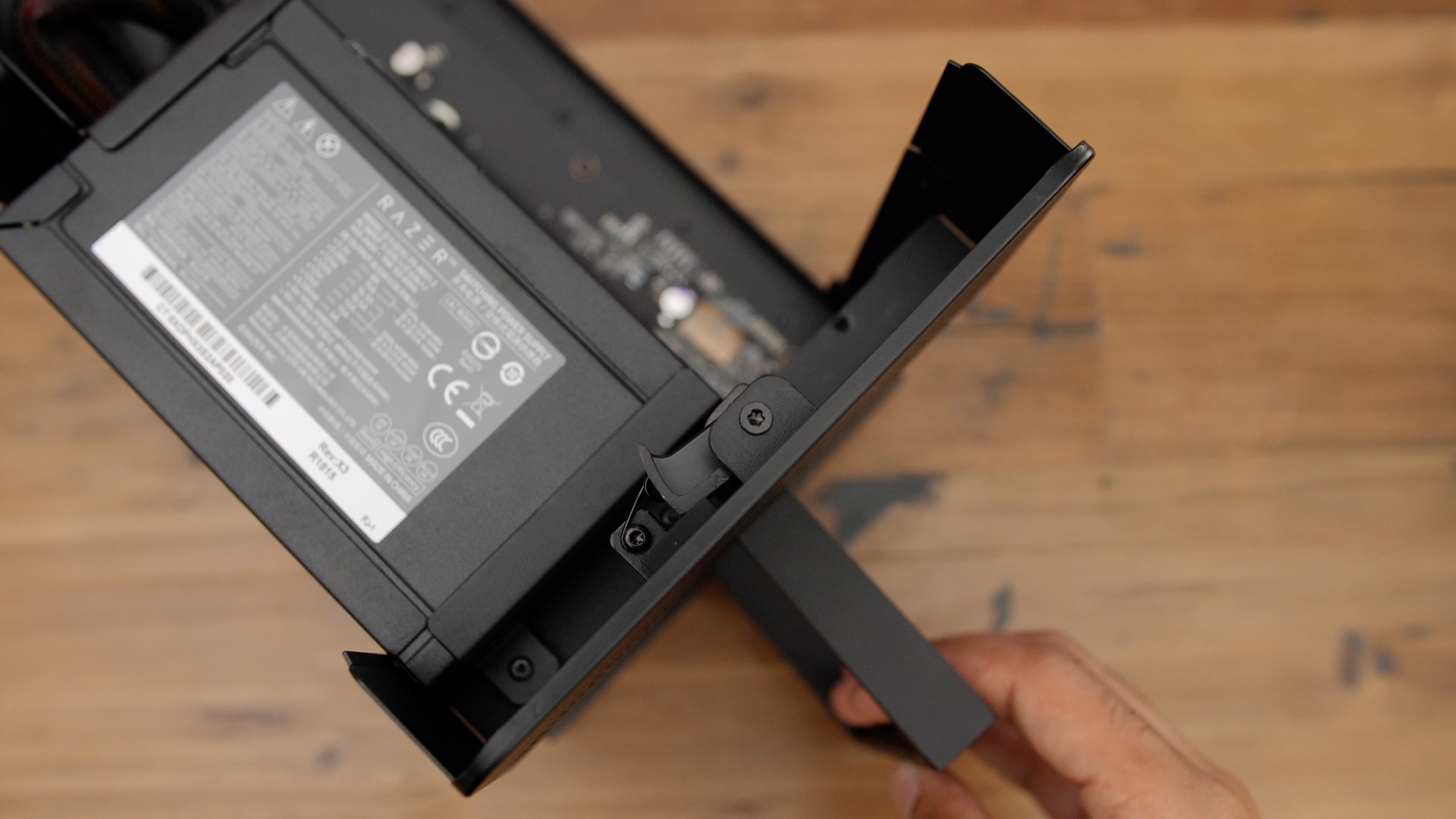 Up until now I’ve been a big fan of the way the Akitio Node Pro uses thumbscrews to secure the case cover and the GPU inside, but the Razer Core X one-ups the Node Pro in ease of use. 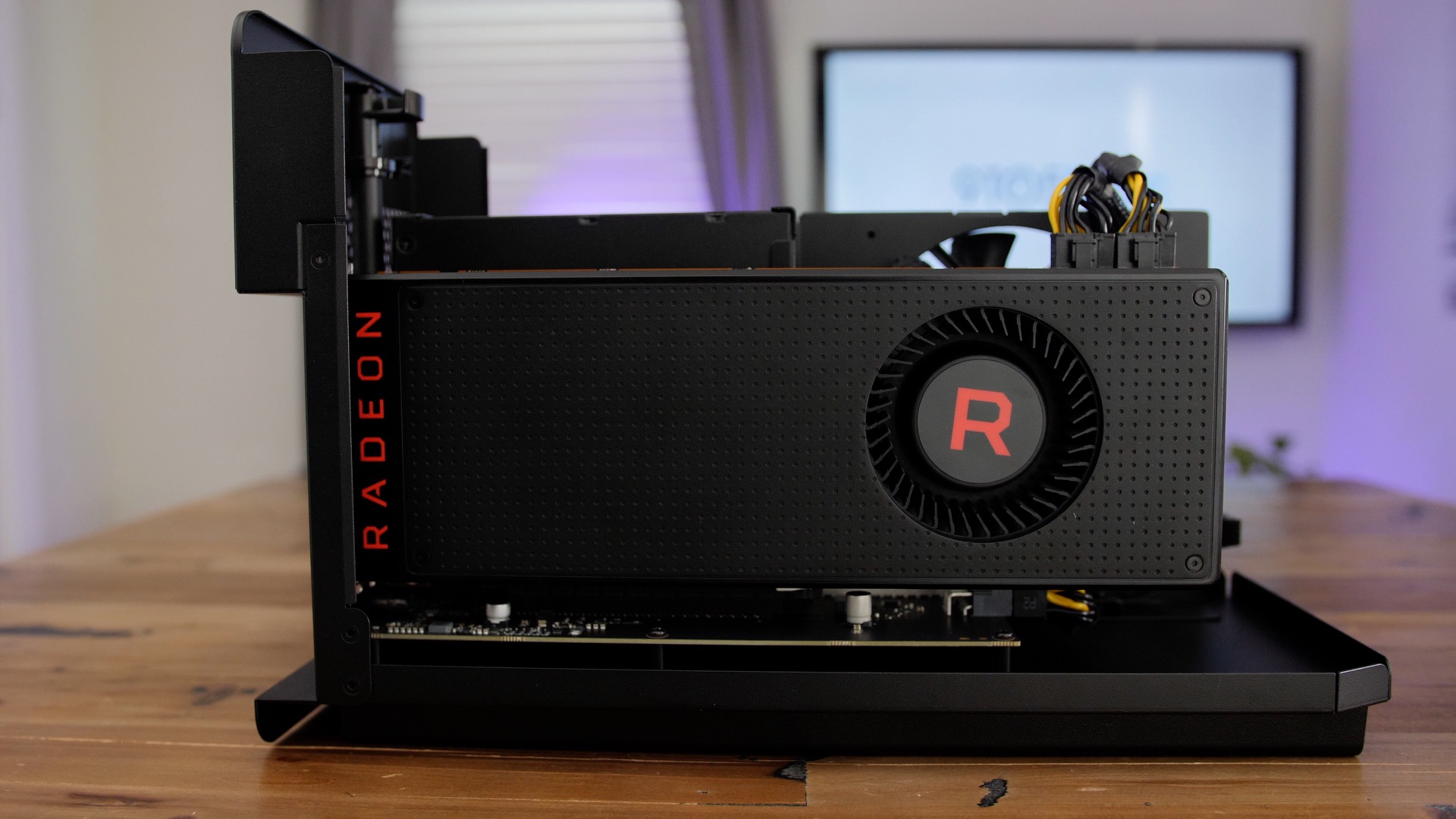 Adding the to usability of the Razer Core X is a specially-designed plastic track and rail system on the bottom of the inner chassis. It allows the inner portion of the Razer Core to easily slide in and out of the outer case, because the plastic prevents metal from rubbing against metal. This was one of my main complaints about the original Akitio Node, which produced nails-on-chalkboard like sounds when accessing the GPU. 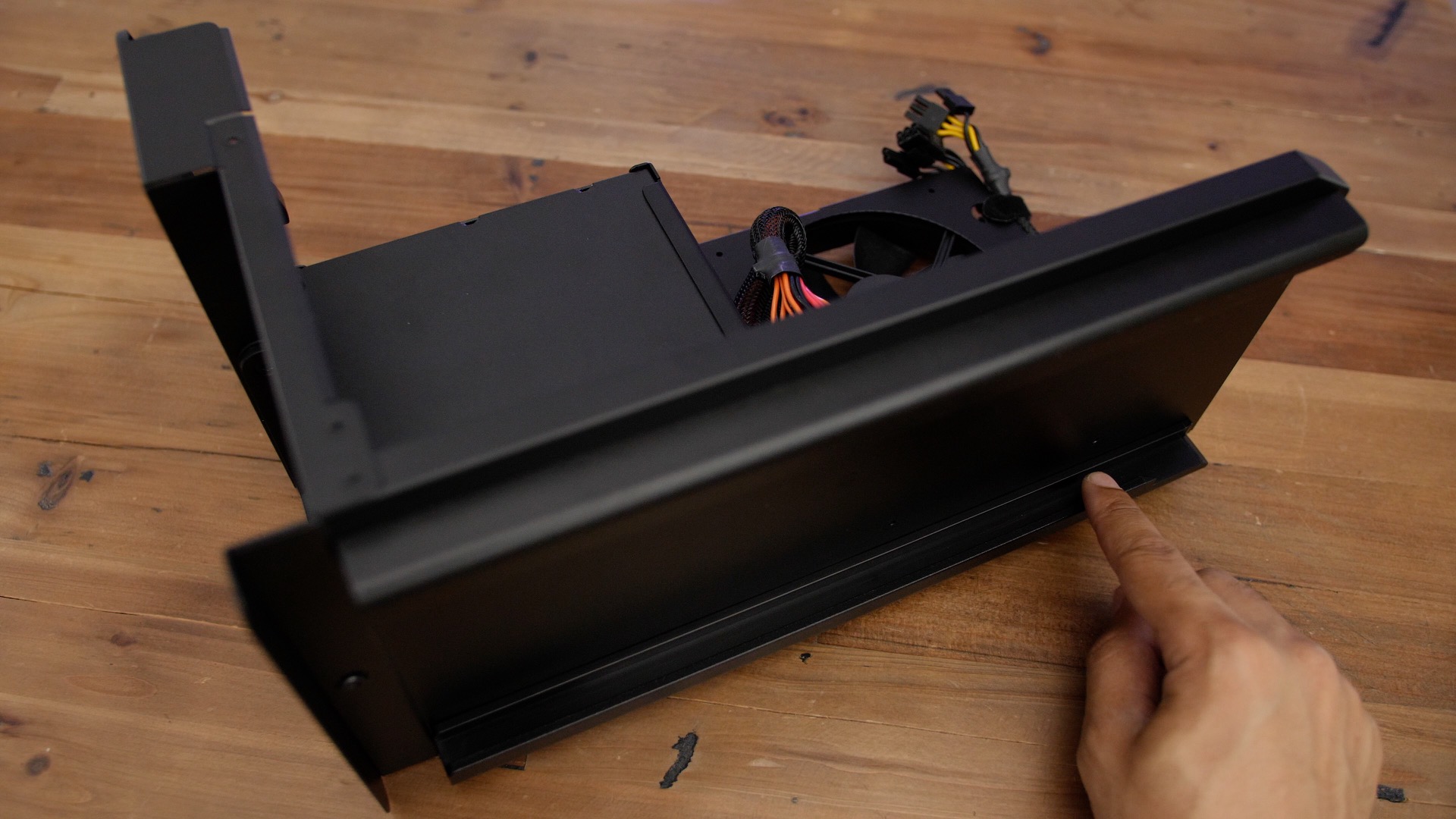 Another thoughtful design choice was the decision to use a single PCIe expansion slot cover and a single thumbscrew. This means that you only need to deal with a single screw when securing your GPU inside the box. I wish Razer would have opted for a slightly longer thumbscrew à la the Akitio Node Pro, but that’s nitpicking. 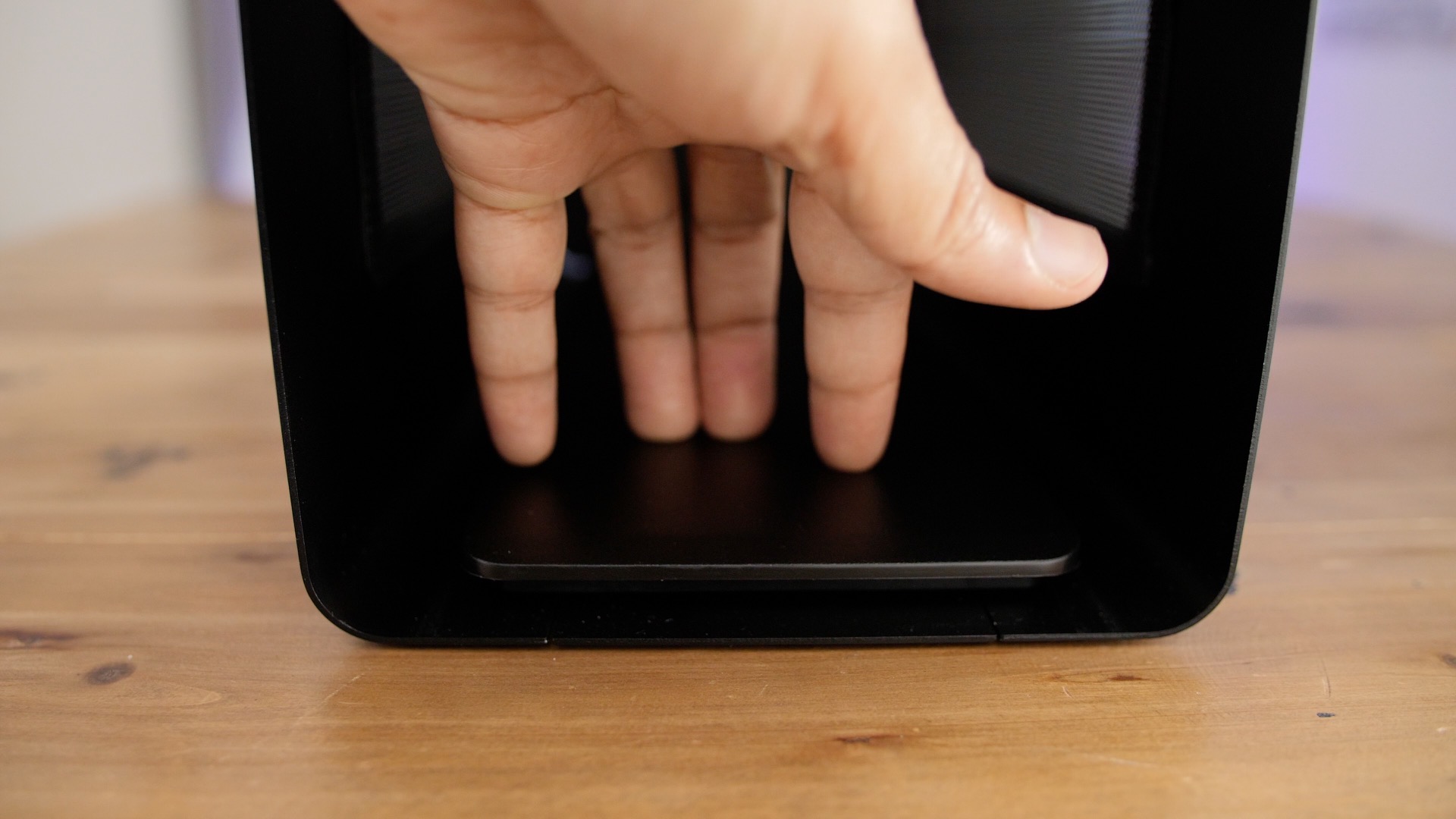 The only notable design decision that I don’t necessarily agree with is the plastic grill cover on the front of the unit. If you don’t touch it, you’d never know it was plastic, but the plastic seems out of place when the rest of the outer casing is comprised entirely of metal. 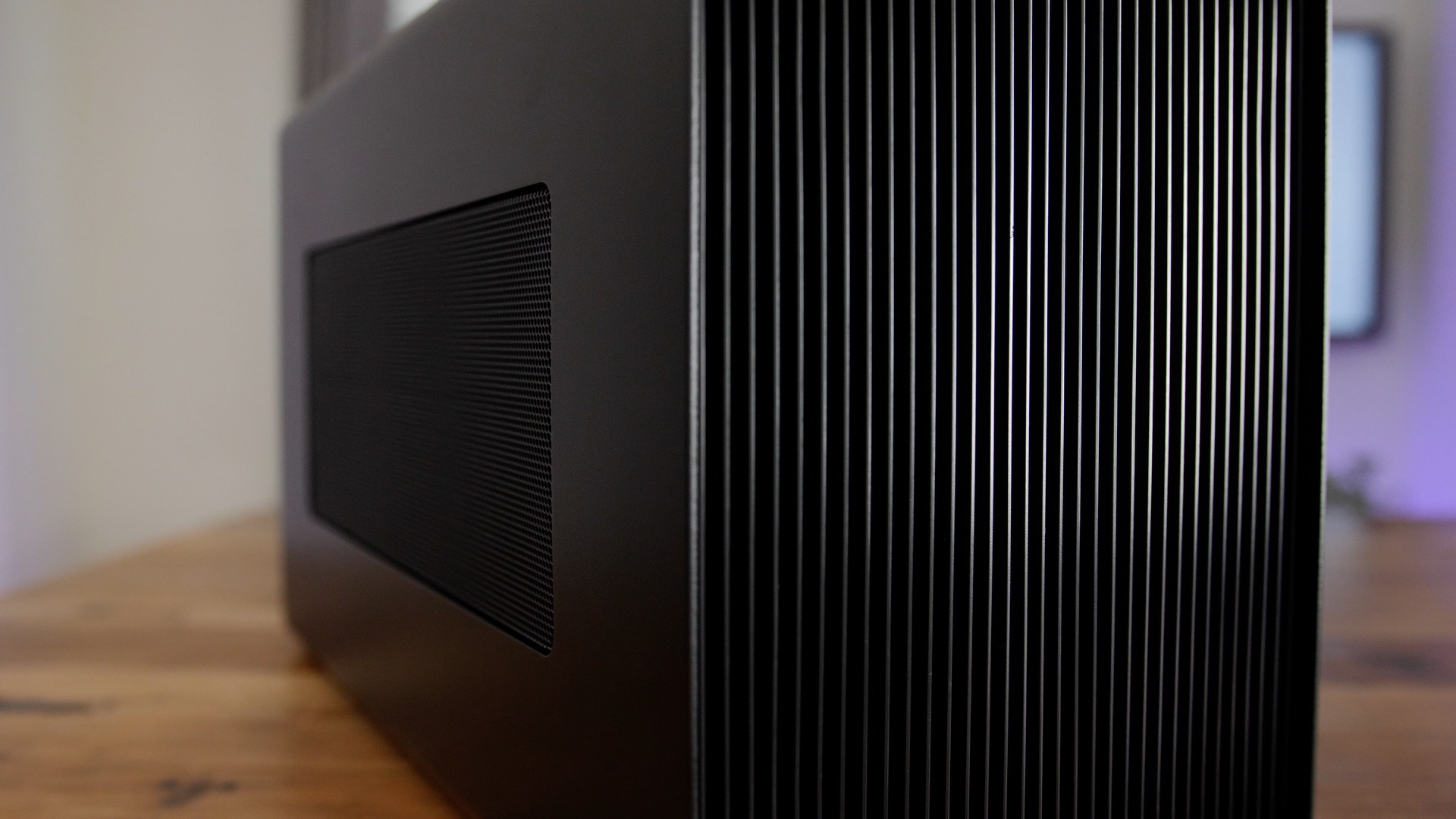 The overall look and feel of the Razer Core X is one of thoughtfulness. Even the main Thunderbolt 3 controller board features a sparse design that looks much cleaner than its competitors. Needless to say, I’m very impressed, because Razer could have easily justified cutting corners given the price.

For MacBook Pro users especially, the Razer Core X checks several important boxes. For starters, it features a wide enough chassis to accommodate pretty much any current GPU you can slap inside. The Core X can fit an up to three-slot wide, full-length, PCI-Express x16 graphics card. This means that even gaudy-looking cards with custom cooling solutions should fit inside with no issue. 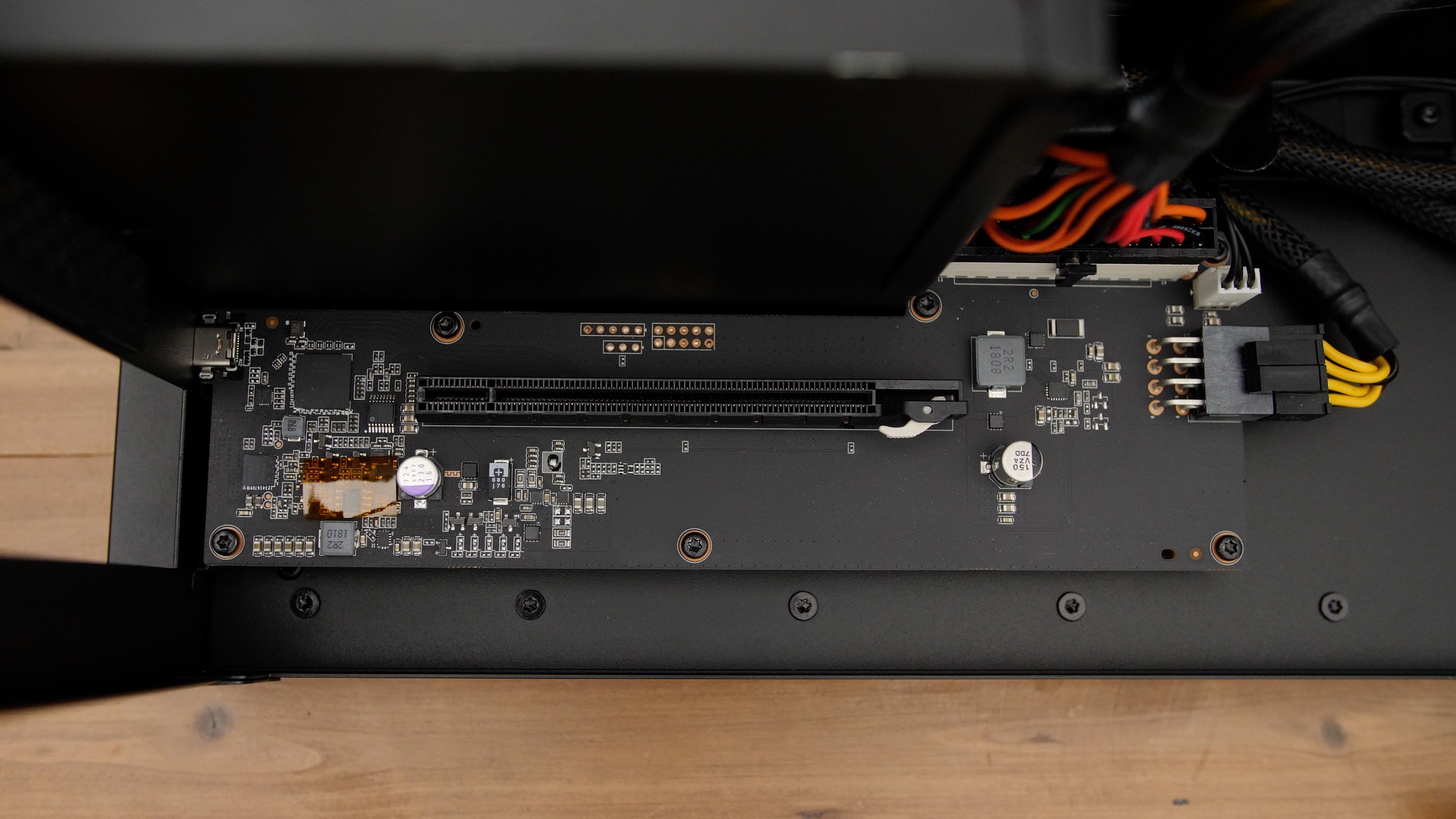 Fit is one of the main problems that I’ve encountered with some of the smaller eGPU units thus far. For example, the Mantiz Venus isn’t large enough to fit my Asus ROG RX 580 inside. That won’t be an issue with the Razer Core X.

Even better is the fact that Razer has opted for a completely tool-less design, making cover removal and GPU installation a breeze. Simply use the quick release lever to remove the cover, and use the thumb screws to secure the GPU to the PCI-Express port. The tool-less design is one of my favorite features about the Akitio Node Pro, and I’m glad to see other eGPU makers opt for similar design decisions. 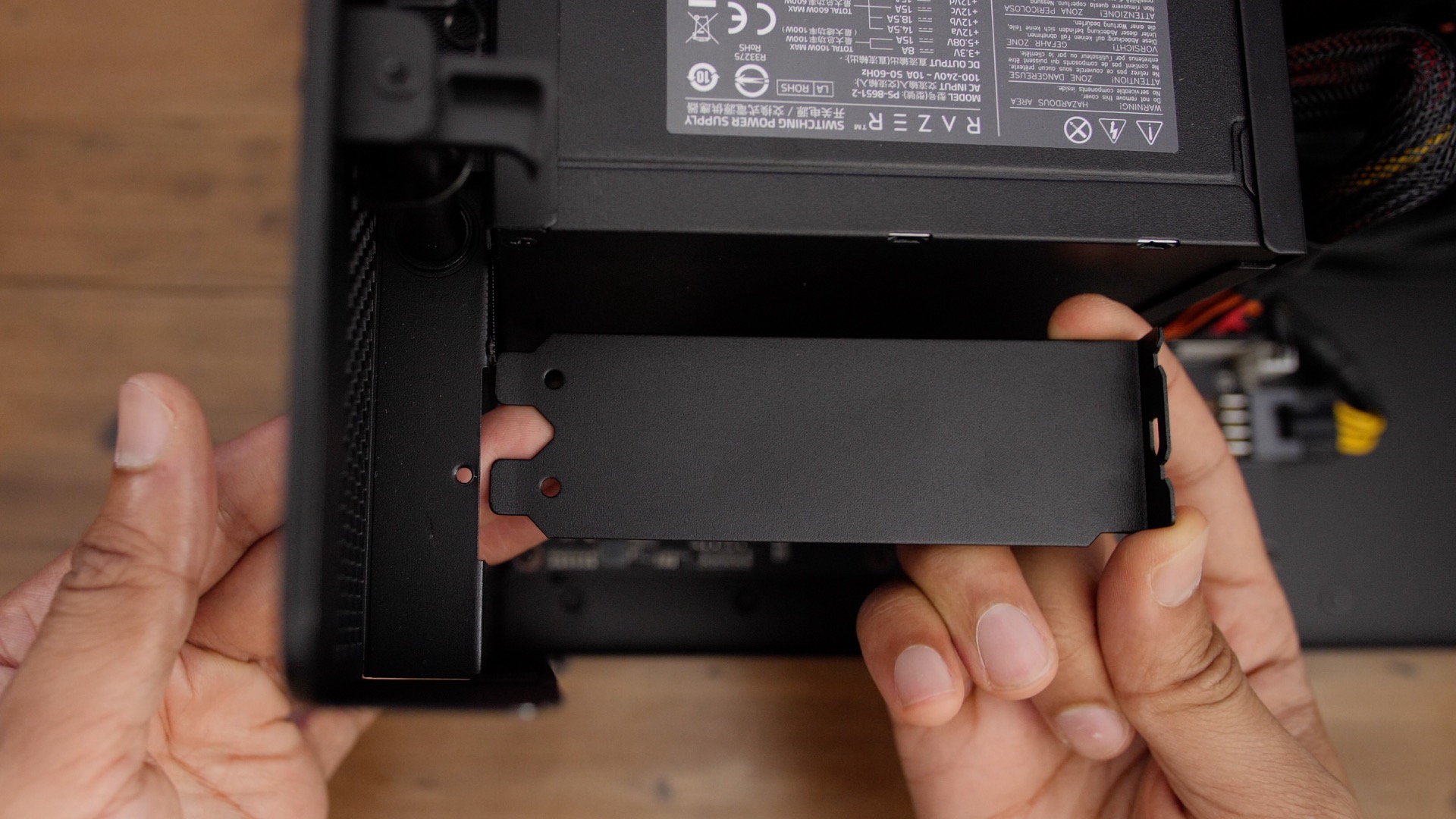 The second big selling point for the Core X is power. Razer skipped the smaller SFX power supplies that are sometimes found in eGPU boxes in favor of a full fledged 650W ATX PSU. The 650W PSU puts it on par with Sonnet’s eGFX Breakaway Box 650, another external graphics box that supports the most powerful macOS-compatible GPUs. 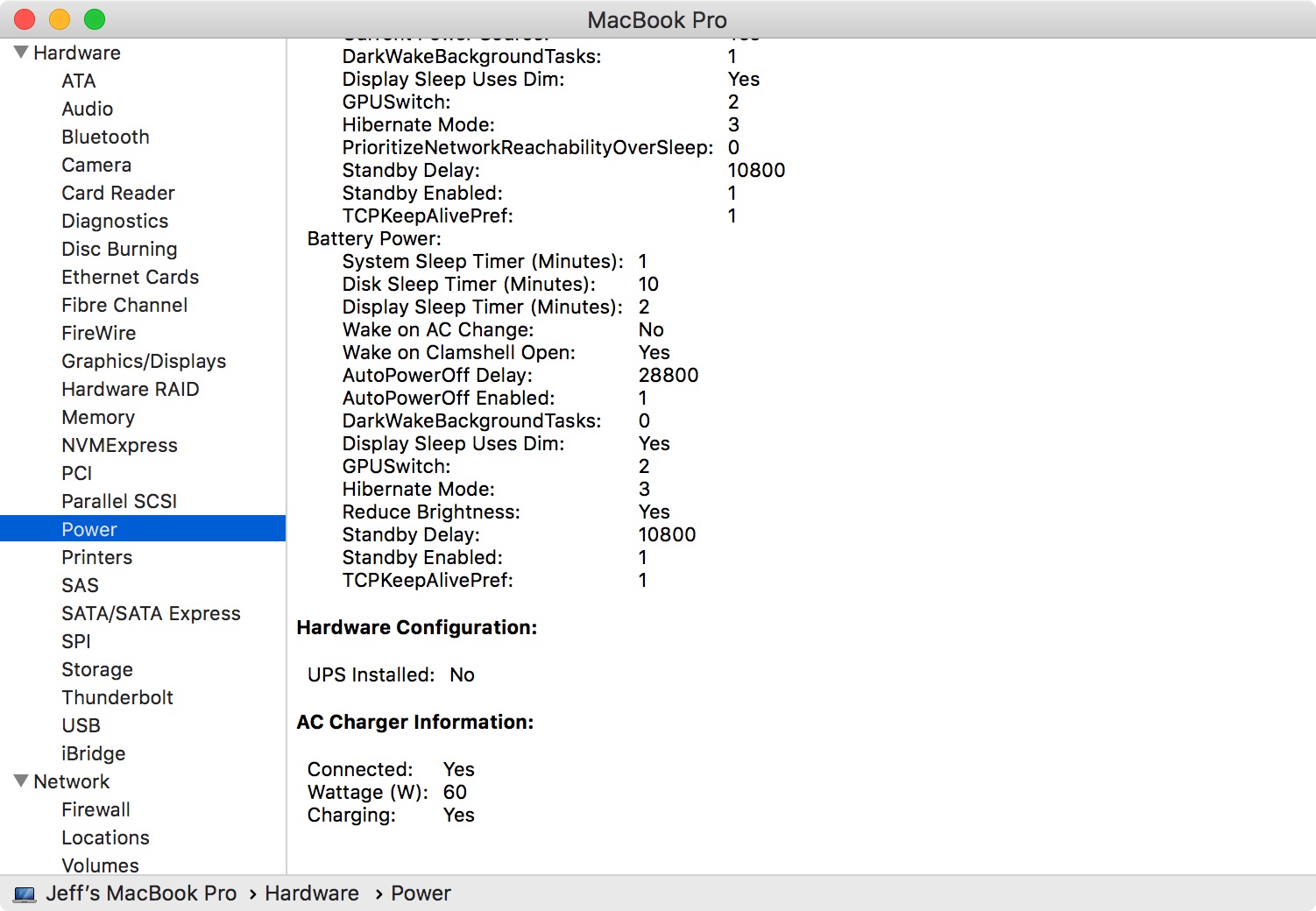 The third item on my list is power delivery. The 650W PSU can supply up to 500W of power to a graphics card, while reserving 100W of power for charging a connected laptop or ultrabook. It means that the Razer Core X is more than capable of charging any Thunderbolt 3-enabled MacBook Pro at full speed. 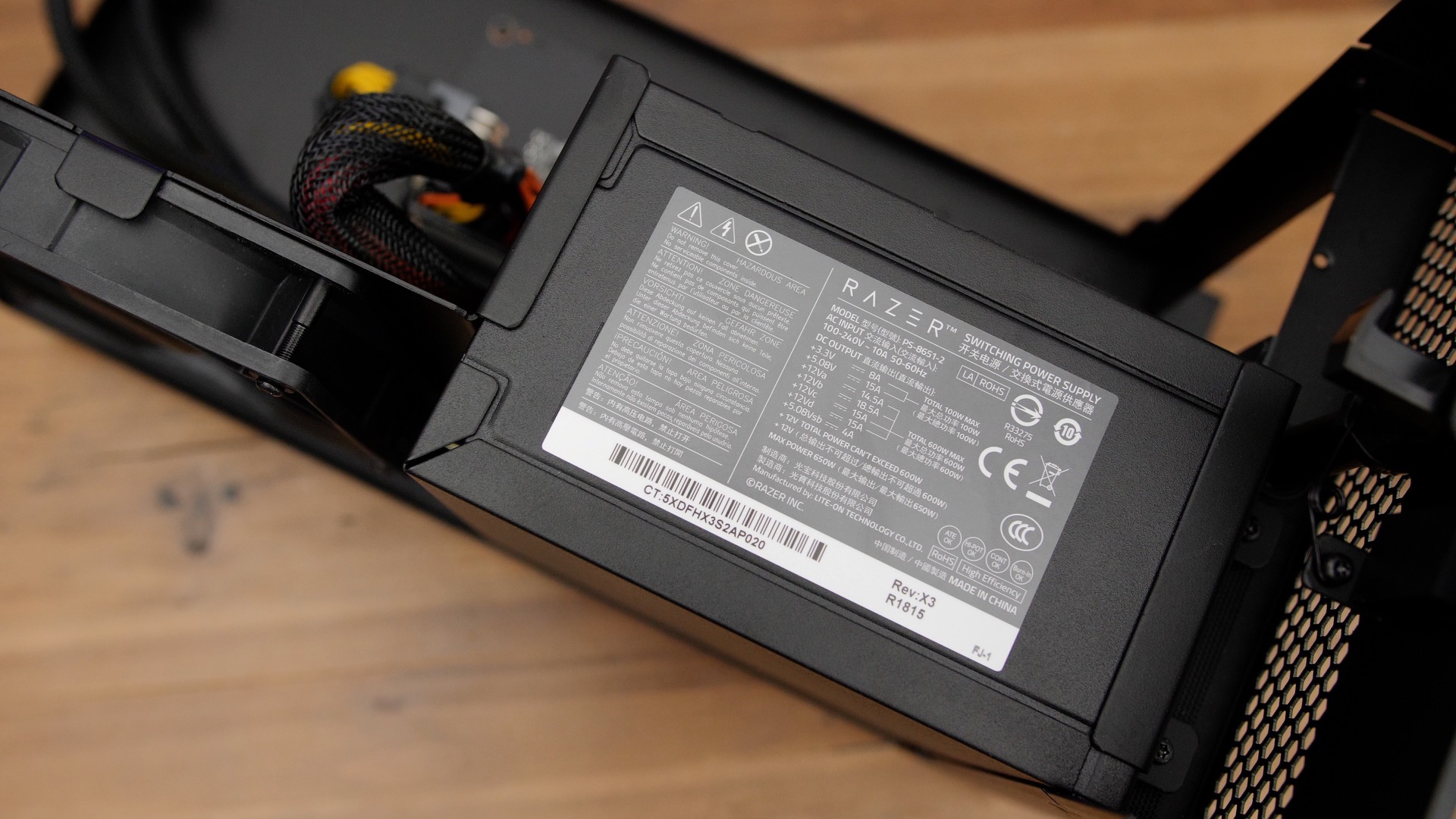 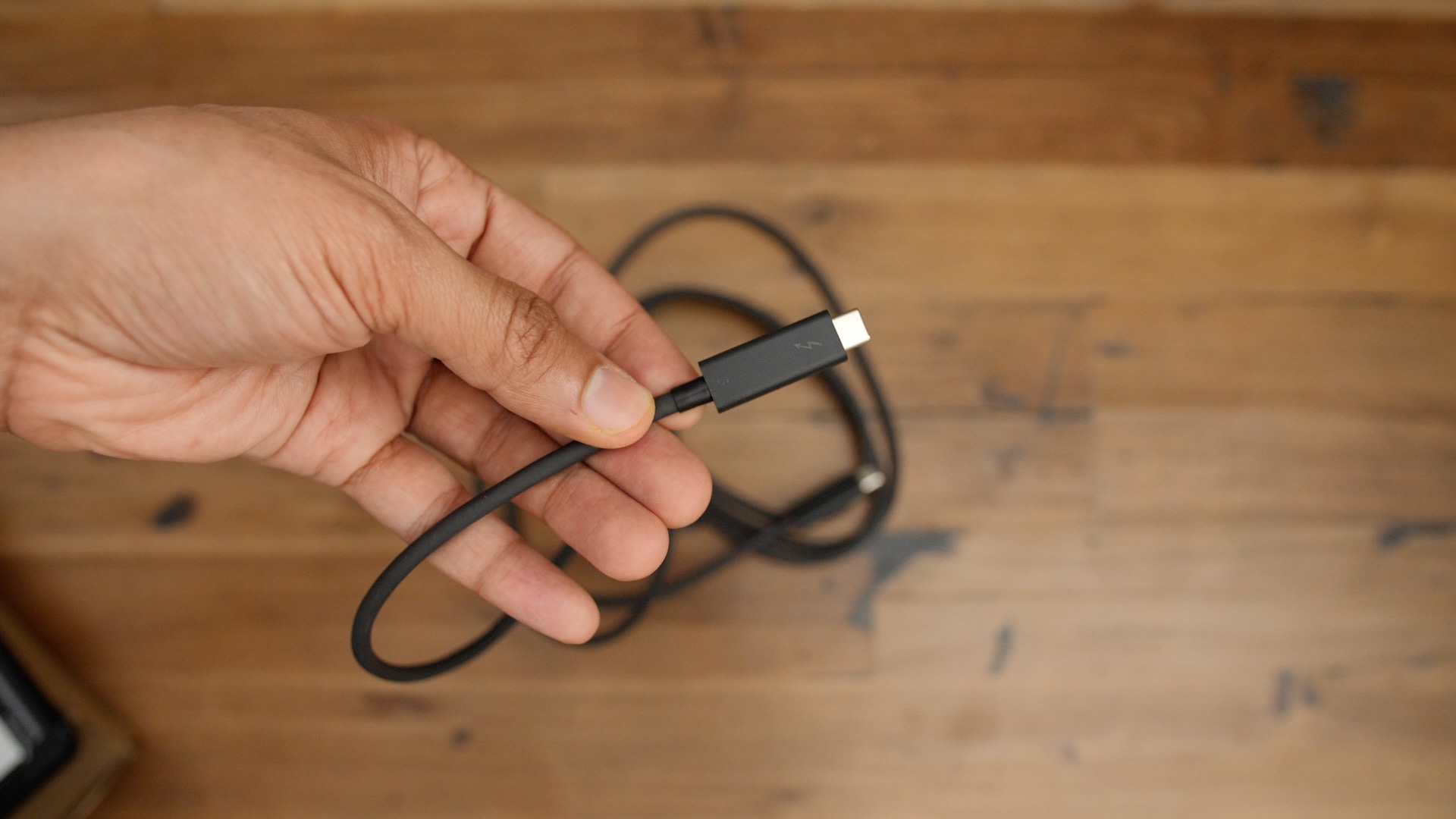 Performance is obviously based on the type of GPU you decide to use inside the Razer Core X. Mac users are officially limited to AMD cards, and Apple has provided a list of the exact cards that macOS supports. These include the following:

Unofficially, it’s possible to use NVIDIA GPUs as well, but Apple does not officially support this, and it requires a workaround. If you choose to go this route, you’ll need to proceed at your own risk. When connected to a PC, users have the option of using both AMD and NVIDIA cards. 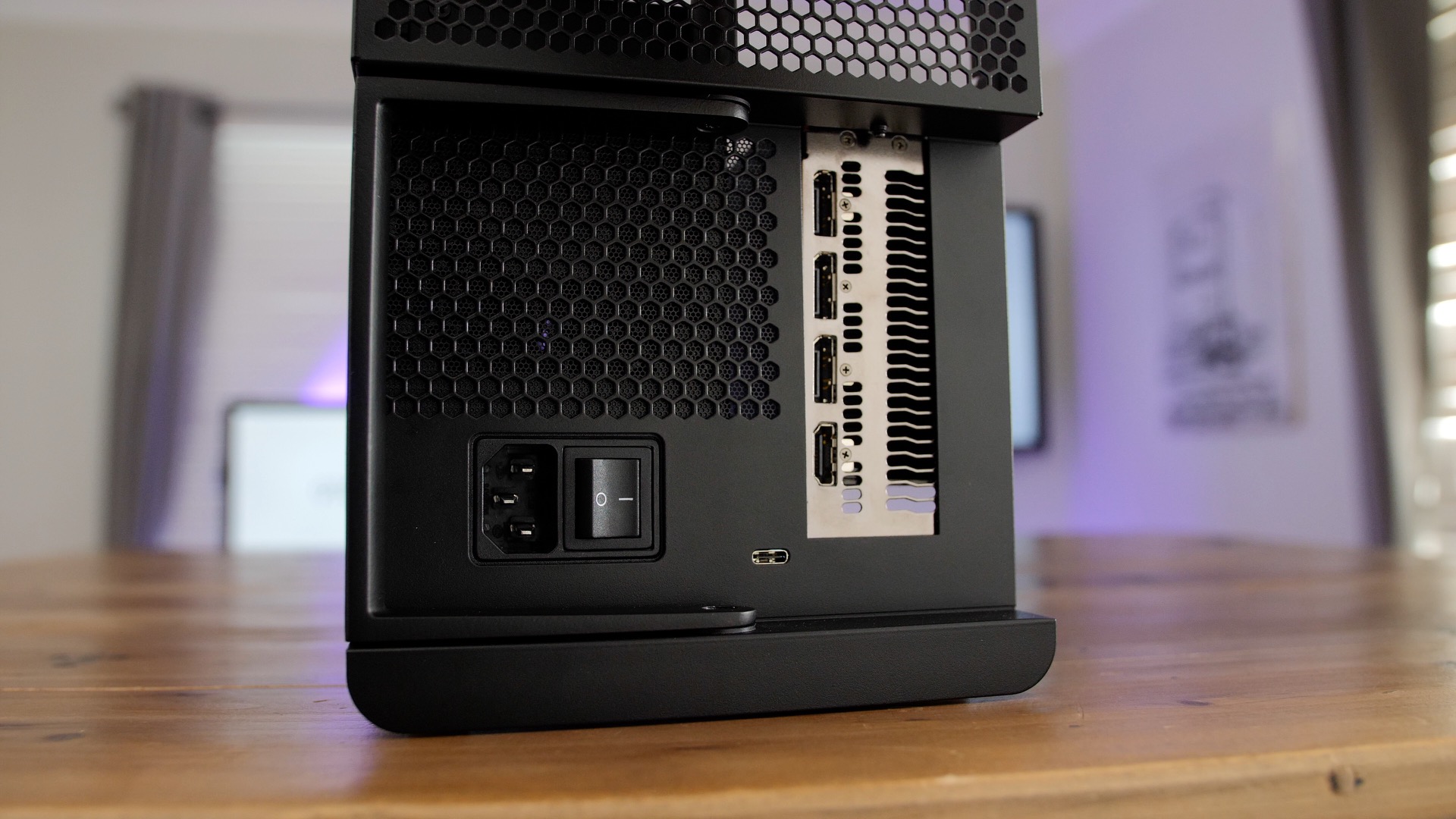 eGPU performance in macOS High Sierra 10.13.4 is sort of a mixed bag at this point, but that’s no fault of the Razer Core X. Gaming is where the benefits are most obviously noticed, since eGPU setups give underpowered hardware like the MacBook Pro an immediate power boost for measurable figures like frame rate. 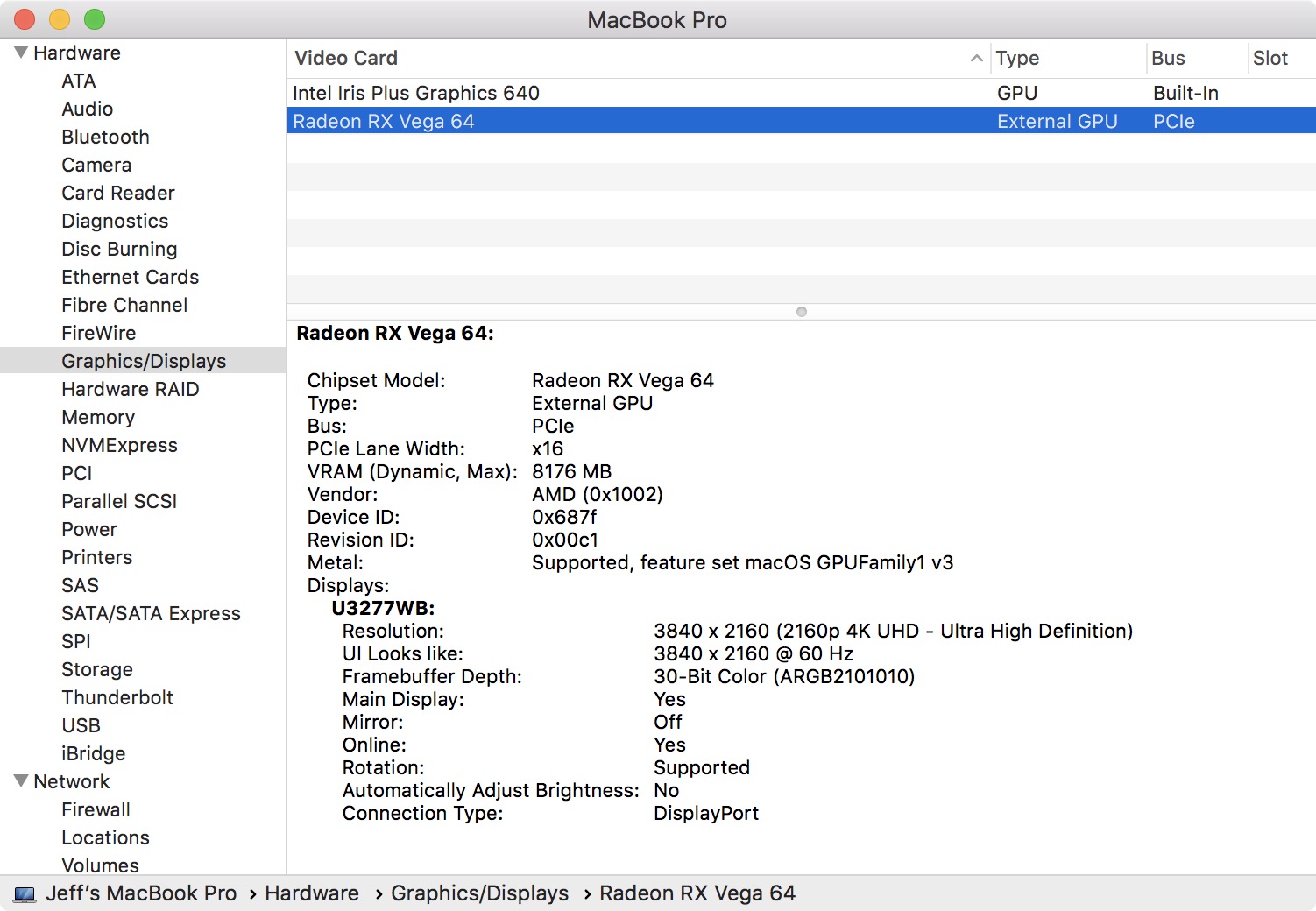 VR gaming is a specific areas where eGPU setups like the Razer Core X are absolutely instrumental, even for Thunderbolt 3-enabled desktops like the 5K iMac and iMac Pro. Because these machines lack the needed HDMI and DisplayPort I/O, an eGPU is able to step in and provide such connectivity. Those of you looking to game with an HTC Vive will definitely want to utilize an external graphics setup.

Synthetic benchmarks with an AMD Radeon RX Vega 64-powered Razer Core X show the benefits that stand to be reaped by such a powerful combination. In most cases, though, users will need an external monitor connected to the GPU via HDMI or DisplayPort to see these performance gains.

In some rare cases, apps can benefit from eGPU acceleration without the need for a secondary display; DaVinci Resolve, the popular multi-platform NLE is one example of this.

Apple notes that it is possible for developers to render their application on an external GPU and present the application on the Mac’s internal display, but this comes with caveats, and developers will need to add support for this within their apps.

Some of the more popular apps, like Apple’s own Final Cut Pro X, haven’t been updated to derive benefits from external graphics setups, no matter which display it’s running on. We’re hopeful that we’ll see a FCP X update that specifically addresses external graphics sooner rather than later.

One of the most interesting things about the Core X is that it’s been specifically designed with the future in mind. Not only does the extra large internal chassis mean that it will work with a variety of cards for years to come, but because it uses a standard ATX power supply, users will be able to upgrade the PSU if the need ever arrises. The case fan, too, is also upgradable. 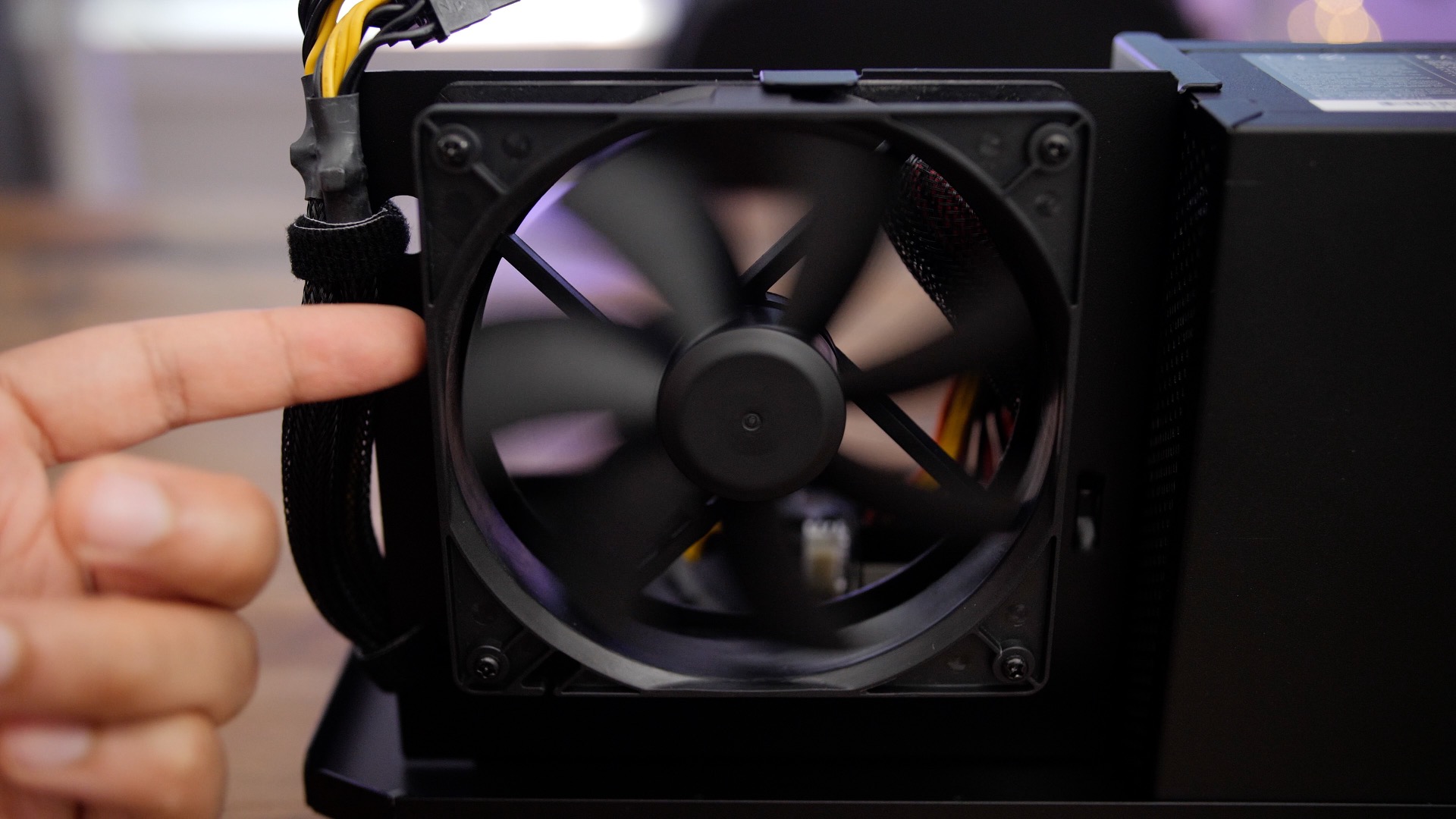 The Razer Core X isn’t the prettiest or most svelte eGPU enclosure on the market, and it lacks the bells and whistles of products like the Razer Core V2. Instead, Razer designed the Core X to be all about business. The relatively unassuming enclosure can easily blend in with a desktop environment, and features a practical design that allows for future upgrades. 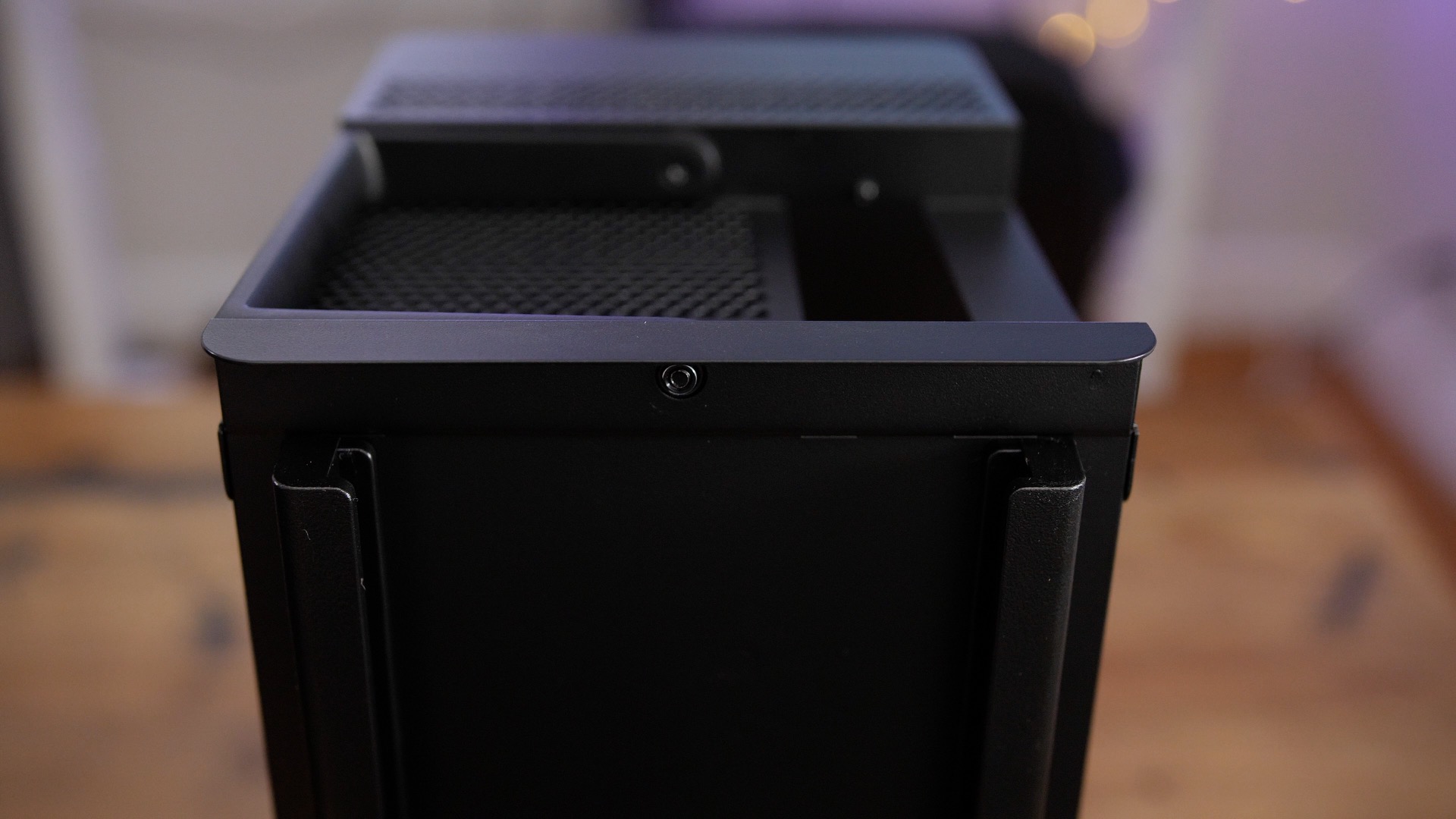 At $299, the Razer Core X is also significantly cheaper than its closest competitor, Sonnet’s eGFX Breakaway Box 650. Although Apple specifically recommends the eGFX Breakaway Box in its support documentation, Razer assured me that the unit has been certified with Apple and Intel, so it’s possible that we could see the Core X appear in Apple’s recommendations as well.

If I’m buying an eGPU today, then Razer’s Core X is the one I’d buy. It’s far from the prettiest enclosure, but functionality wise, it provides the best bang for your buck when it comes to Thunderbolt 3 external graphics solutions. What do you think about it?