Review: Lifx Beam is a fun way to add HomeKit accent lighting to your walls 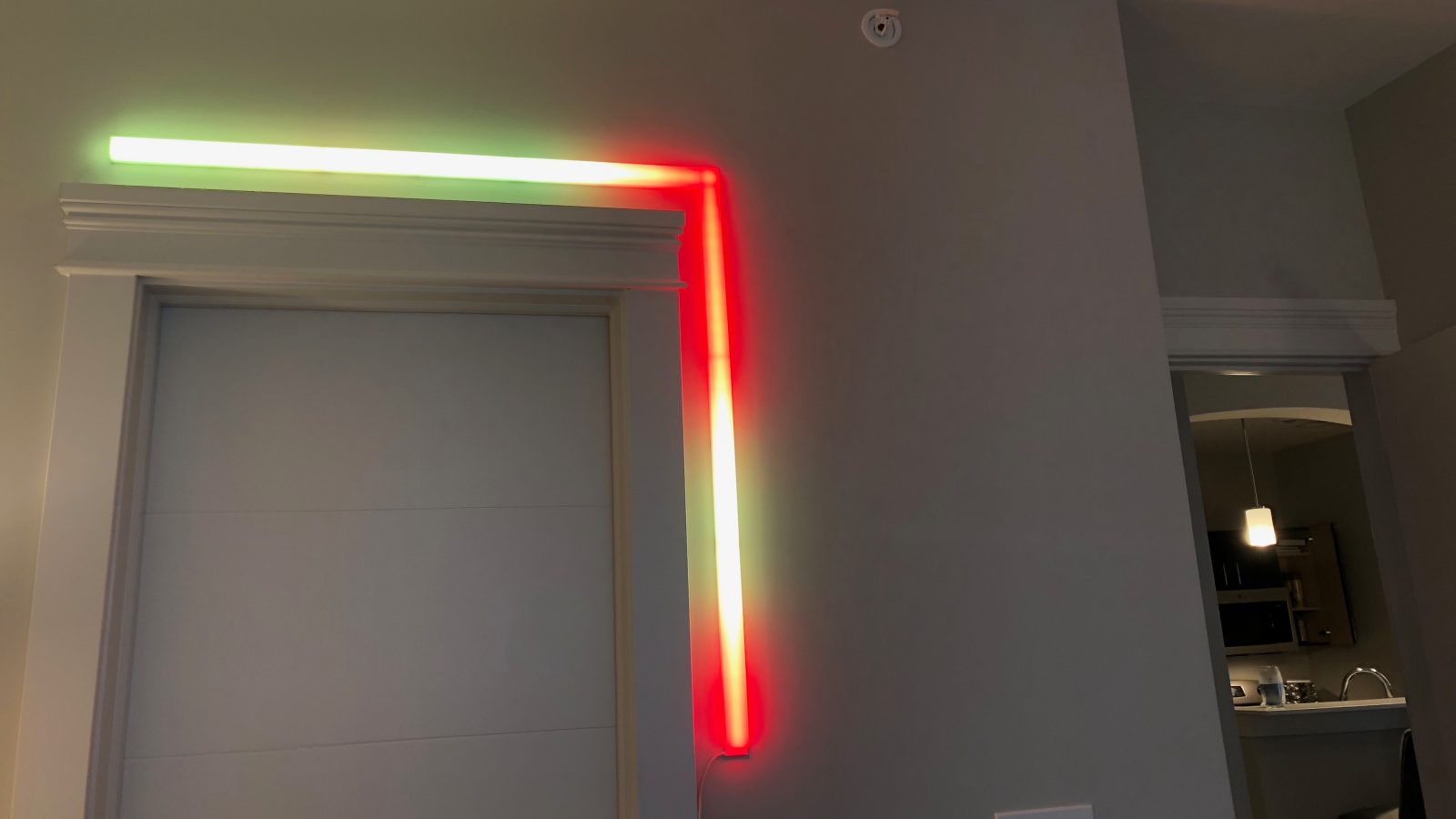 HomeKit adoption has grown swiftly over recent years, with lights of all shapes and sizes adopting the platform for smart control. In 2016, we took a look at the popular Nanoleaf Aurora light panels, and now Lifx is looking to enter the HomeKit accent lighting market with its new Beam accessory…

The Lifx Beam kit consists of 6 individual beams, as well as one corner piece. Each beam is roughly a foot long, so one kit will get around six-feet of lighting. Lifx notes that you can combine up to eight beams and two corner pieces per power supply, though you currently can’t purchase beams individually.

The setup process of the Lifx Beam kit is relatively easy. The kit includes a set of 3M command strips, which makes each beam easy affix to your wall. Personally, I had little trouble arranging mine in a neat layout on my wall, though I would recommend you lay them out on a flat surface first to make sure your desired layout meets your standards. As soon as you stick them to your walls, they aren’t the easiest things to remove.

Each beam has a magnetic connector at either end, and when you connect them together, they draw power from the previous one. With the included corner piece, you can make one 90-degree turn.

One important thing to take into consideration here is cable management. The power supply connects to the last light strip via a MagSafe-like magnetic connector, which means it then dangles down to the floor. Leaving too much slack also means you might have issues with the weight of the cable and power supply pulling the magnetic connector out of the beam.

Once you have them all setup in terms of hardware, you can use the Lifx application on iOS to go through the setup process. The Lifx application won’t win any awards anytime soon, but it gets the job done. You can also add the Lifx Beam to the Home app on iOS, but more on that later.

The first thing you’ll likely notice is that the Lifx Beam is insanely bright. With all six of the individual strips activated, it puts out about 1,200 lumens. This means you probably won’t want to keep them at full brightness all the time, but it gives you plenty of wiggle room to find the setting that suits your room best.

In the Lifx app, you have a host of different customization options. Under the “Create” tab are a handful of different pre-created themes, including some that are calm and soothing and others that make it seem like you’re about to throw a rave in your room. Each theme sets the beam strips to different colors, creating a rainbow of sorts.

You can also choose a single color, if that’s more your style. Here, all of the individual beams are the same color. You can either pick a pre-determined color, or use a color wheel picker to fine-tune your decision.

Head to the “Effects” tab in the app and you get a variety of customizable lightning effects. For instance, the Candle Flicker option aims to imitate a candle with slow and soft flickers between colors. This is actually one of my favorite settings, personally. 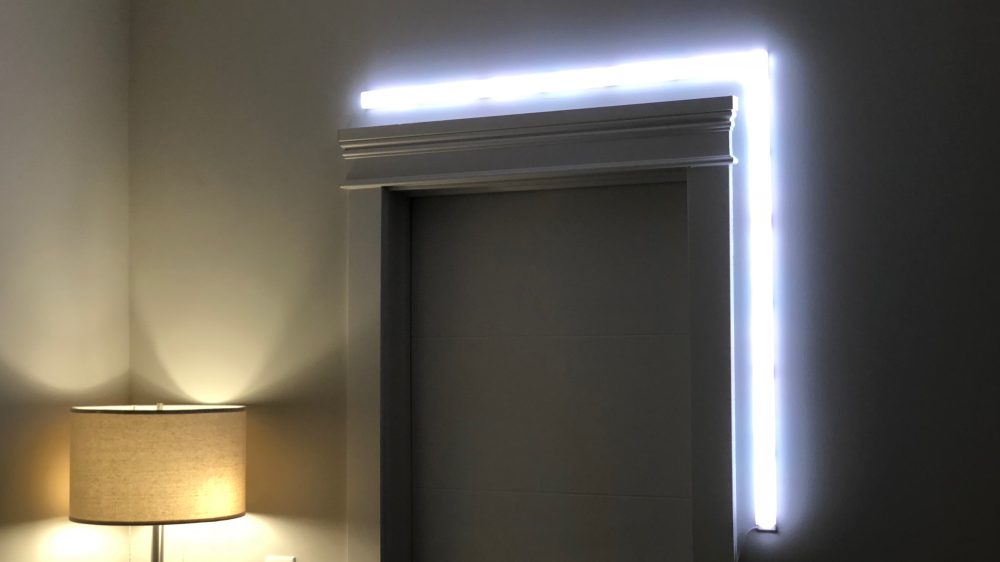 With each of the effects, you can customize the speed at which the colors change, as well as the difference in brightness levels between each color.

There’s also a neat music recognition feature. Here, the Lifx Beam uses its built-in microphone to detect the music you’re playing and strobe along with the beat. It’s not practical all of the time, but it’s nice that it’s built-in.

The Lifx Beam does support HomeKit integration, but unfortunately the array of effects and pre-set themes do not transfer to the Home app. This means that with the Home app (or when you use Siri/HomePod), you can only choose a solid color, set a brightness level, and power on/off.

The Beam doesn’t require a bridge or hub of any sort to work with HomeKit, which is certainly nice. However, it can be sometimes be a bit slow on the uptake, which can make Siri say, “Some of your devices are not responding.” Whether or not that Siri’s or Lifx’s fault is unclear, though. 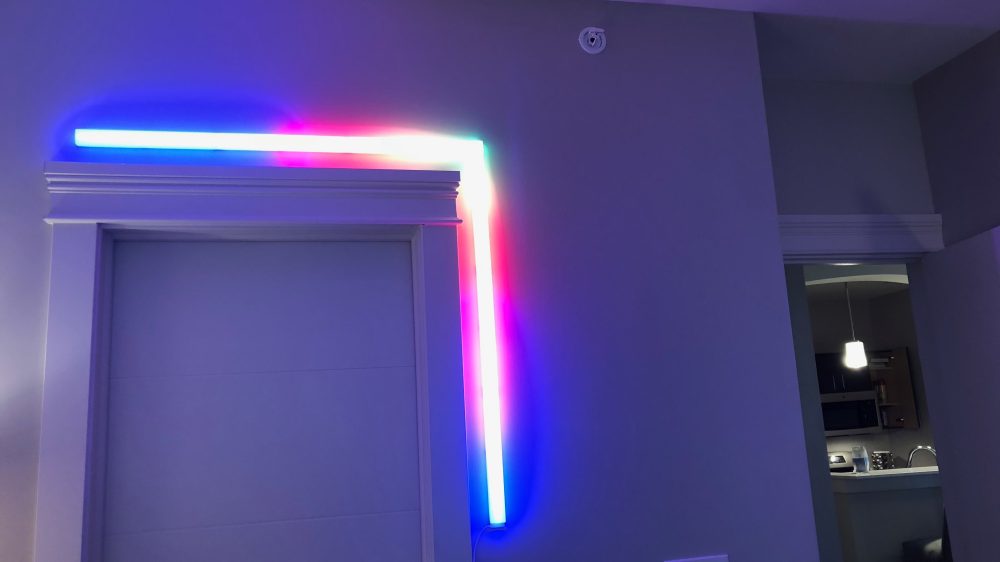 Much like with the Nanoleaf Aurora, Lifx Beam can be incredibly obnoxious at times, but it all depends on the settings you choose. Of course having a strobing, rainbow light is going to be more intense than a soft yellow or soft white, and it all really comes down to your personal preferences.

All in all, the Lifx Beam is a fun way to add some accent lighting to your HomeKit-enabled smart home. The half-baked HomeKit integration is disappointing, but that’s something that could be improved as time progresses.