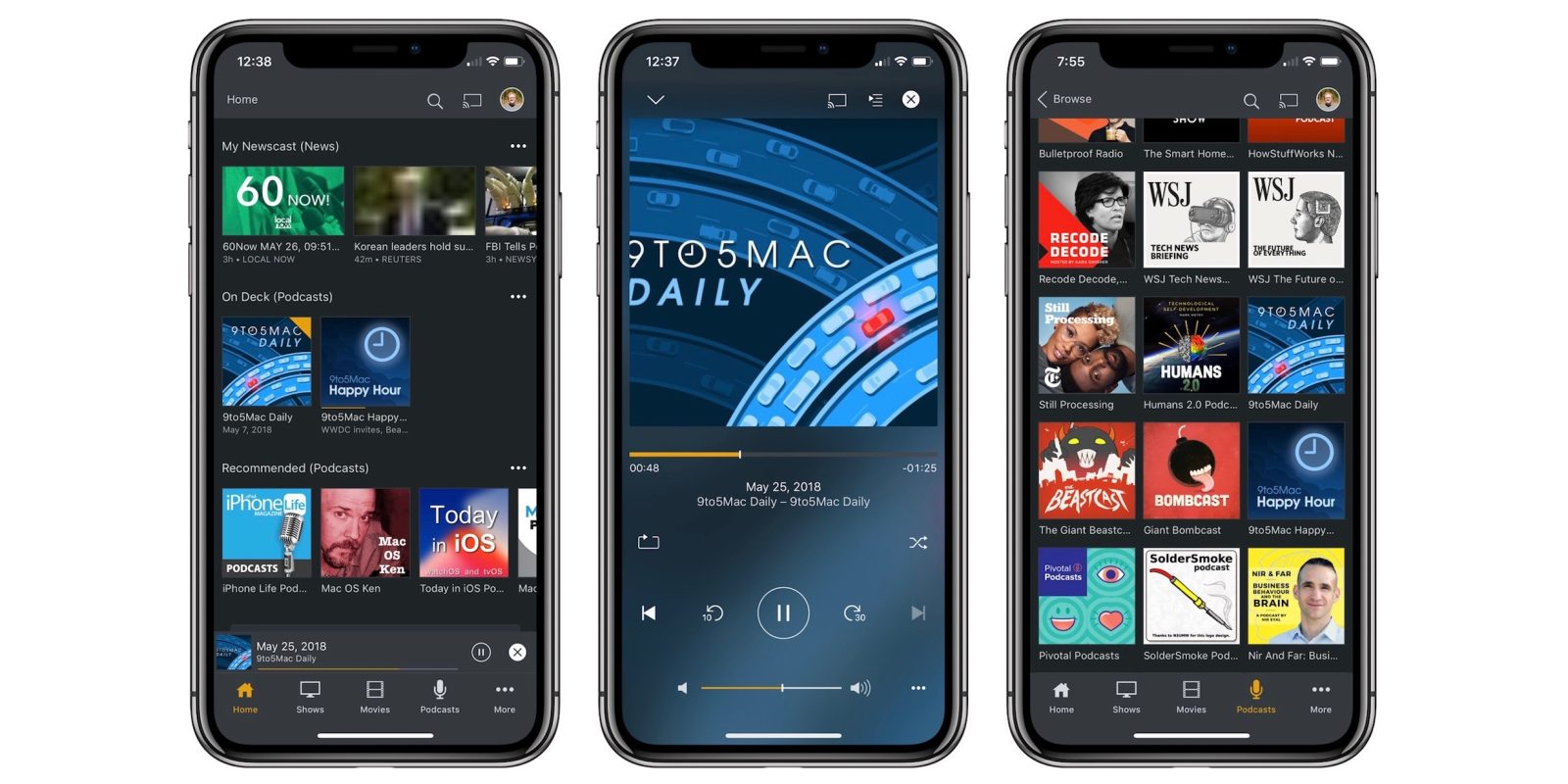 Plex is out with a major new app update today that includes two big changes. First up is a new personalization feature that lets you arrange your home screen within the app as well as top-level navigation. And second is podcast support with subscribing to shows and playing back episodes.

The new navigation customization lets you organize the media streaming app based on how you use it and what content you want to see. The first new feature is the ability to arrange tabs for categories like movies, TV shows, music, photos, and now podcasts.

The idea is you may use Plex for iPad to catch up on videos and view photos with the big screen, and use Plex for iPhone to control music and podcasts. Now Plex can be organized specifically for each use.

You now have complete control over the home screen of the app: you can reorder (or remove) any of the sections (like “Recently Added” or “On Deck”) or add new ones from anywhere else in the app, even across different servers (mix and match!).

And finally, Plex is turning its media streaming app into a full-featured podcast player so your movies, photos, and music can live in the same place as your podcasts.

The feature is rolling out in beta starting today on iOS, Android, Roku, and Plex Web with more platforms to gain support in the feature — no Plex Media Server required.

Simply search the podcast directory for a specific show or by category, then subscribe to it just like in Apple Podcasts. At launch, Plex supports basic podcast control like changing playback speed and skipping forward and backwards on a track rather than seeking, and Plex says it has more features planned in the future like OPML importing from other apps and offline support on mobile apps.

Plex for iOS is available for free on the App Store; the new version is rolling out shortly. Read more about the new app and podcast features here.