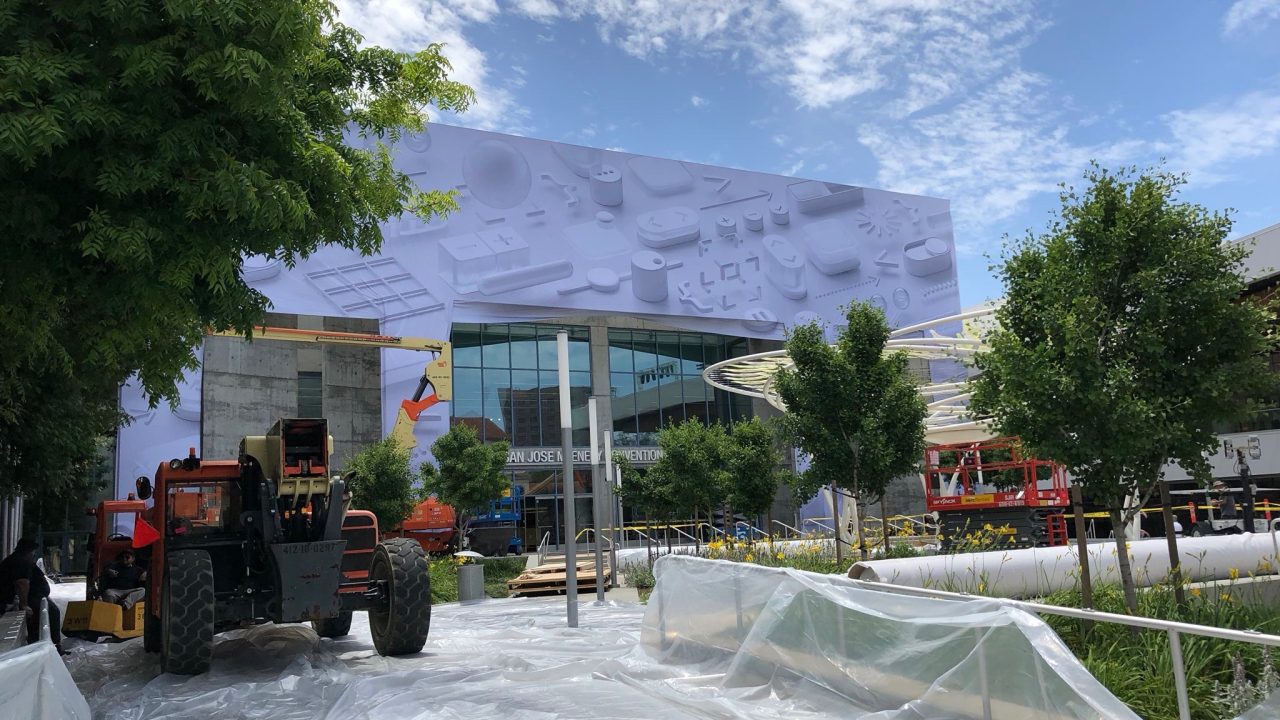 We’re less than a week away from WWDC kicking off in San Jose, California. As it does every year, Apple has started preparing for the event by hanging decorative banners outside of the venue…

WWDC this year is being held at the McEnery Convention Center in San Jose, which is the same place as it was held last year. Thus far, we’ve seen two shots of the decorations – one on Twitter courtesy of Aaron Stephenson and another from Mac4Ever.

The signage being hung on the outside of the venue uses the same branding as Apple’s original WWDC invites. The decoration is still very much a work in progress, with Apple still applying the finishing touches on the outside and work still presumably continuing on the inside.

The banners typically hung on the inside showcase specific operating system updates, such as iOS 12 and macOS 10.14. These banners, however, are typically covered with block cloth until Apple’s opening keynote. Thus, we don’t expect a good look there until next week.

Stay tuned next week as we’ll have full coverage of Apple’s Worldwide Developer Conference. The company will kick things off with a keynote at 10AM PT on Monday, where it is expected to announce iOS 12, macOS 10.14, watchOS 5, tvOS 12, and much more.

Are you in San Jose ahead of WWDC? Feel free to send us more pictures of the decorations! What are you most excited to see at WWDC? Let us know down in the comments!

#WWDC banners are going up on the convention center! pic.twitter.com/po7P361IwF