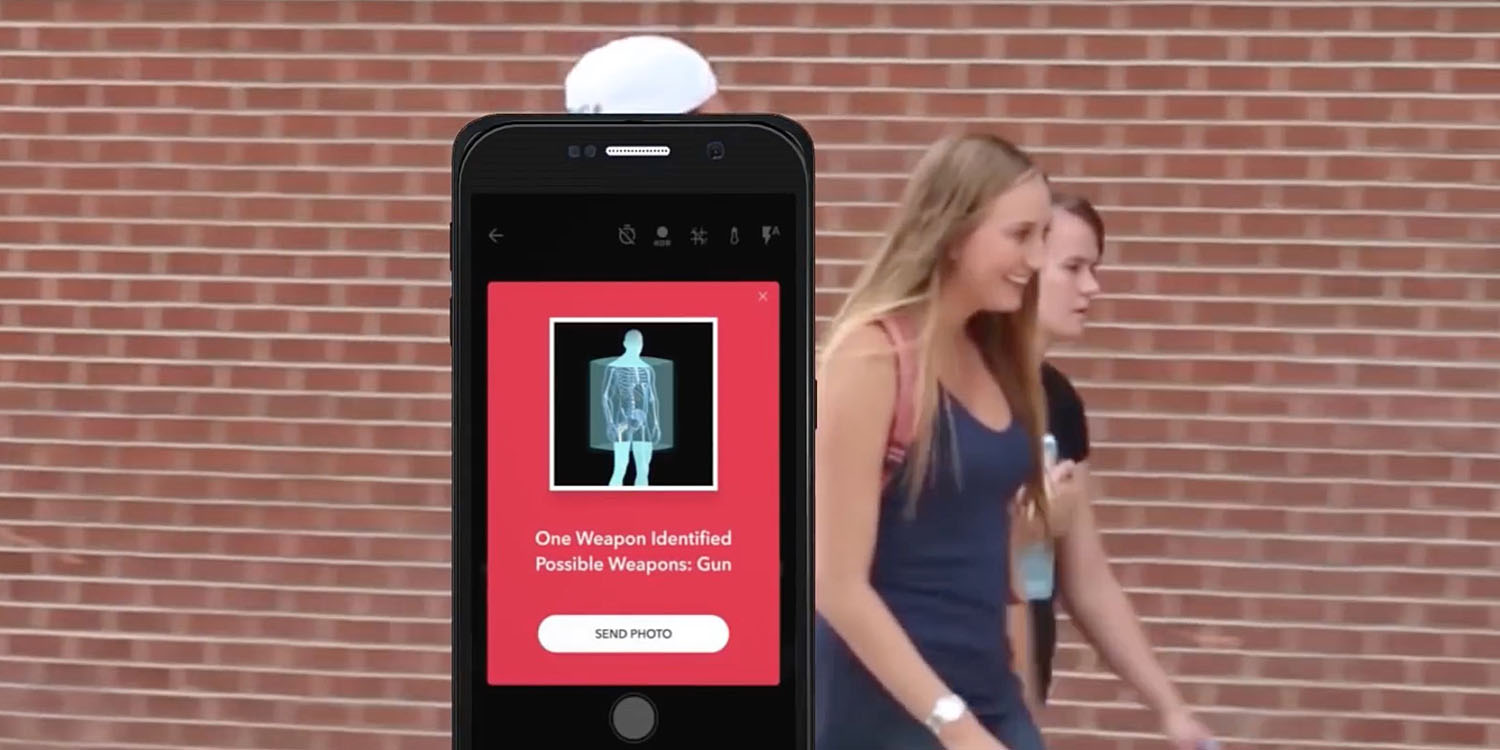 There are plenty of iPhone cases and adapters which add functionality to your phone, ranging from battery cases to 360-degree cameras and thermal imaging.

But one upcoming case claims to have rather more dramatic capabilities: the ability to detect hidden weapons and explosives from a distance of up to 40 feet …

CNET reports that the device uses a combination of reflected sound waves and a database of pattern-matches to interpret them.

Royal Holdings’ SWORD smartphone attachment [is] a case that goes around either an iPhone 8 Plus or Pixel 2 XL and uses the phone’s audio sound waves as a sort of sonar to detect whether someone is carrying a gun, knife or explosive device. The case includes an array of 18 antennas that can create an image profile based on the radio frequency waves.

The app can detect whether the person is carrying something dangerous by tapping into its database of weapons and explosive devices. The early tests showed no false positive readings, Oberholzer said, noting that the company is using artificial intelligence and machine learning to improve the database.

The same system can also use facial recognition to match people against target photos fed into it, for example those banned from a school or company campus.

So far, SWORD appears to be vaporware, with the company promising a working prototype in August and sales beginning next year. The company says that the Department of Homeland Security has expressed an interest, and that it has received ‘8,000 early orders from private security companies, casinos and a very large school district.’

The use of ultrasonic sound waves to create 3D images is not new technology, but this particular application is claiming to push the technology pretty far. Personally, I’ll believe it when I see it …