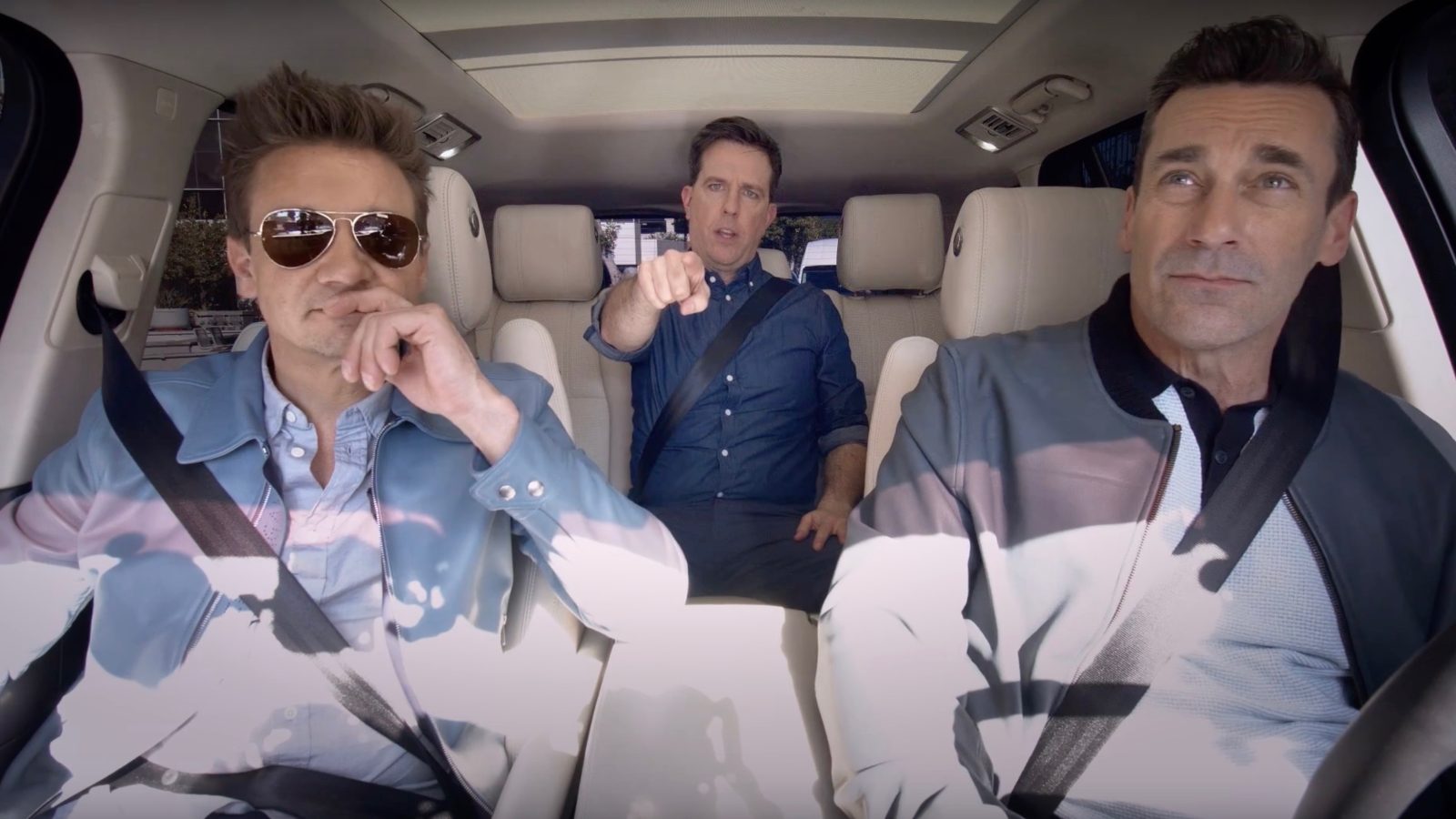 Apple has today shared a trailer for a new special episode of Carpool Karaoke that will be released this week. The latest installment is in promotion of the upcoming comedy film Tag that stars Jon Hamm, Ed Helms, and Jeremy Renner.

The minute long trailer for the special Carpool Karaoke episode reveals some of the tracks the trio will sing in the full episode to be released this Friday, June 15th. These include classic rock songs like Queen’s Bohemian Rhapsody and Bon Jovi’s You Give Love a Bad Name.

Carpool Karaoke has been confirmed for a second season by CBS, although Apple hasn’t made any official announcement about the renewal or launch date. Apple isn’t fully clear here, but this seems to be a one-off special episode rather than a start to season two.

Just last month, Apple made season one of the spin-off show available for free via its TV app, previously it was an Apple Music exclusive.

Check out the trailer below for a look at this Friday’s Carpool Karaoke release and also the trailer for the comedy Tag which will be in theaters the same day.