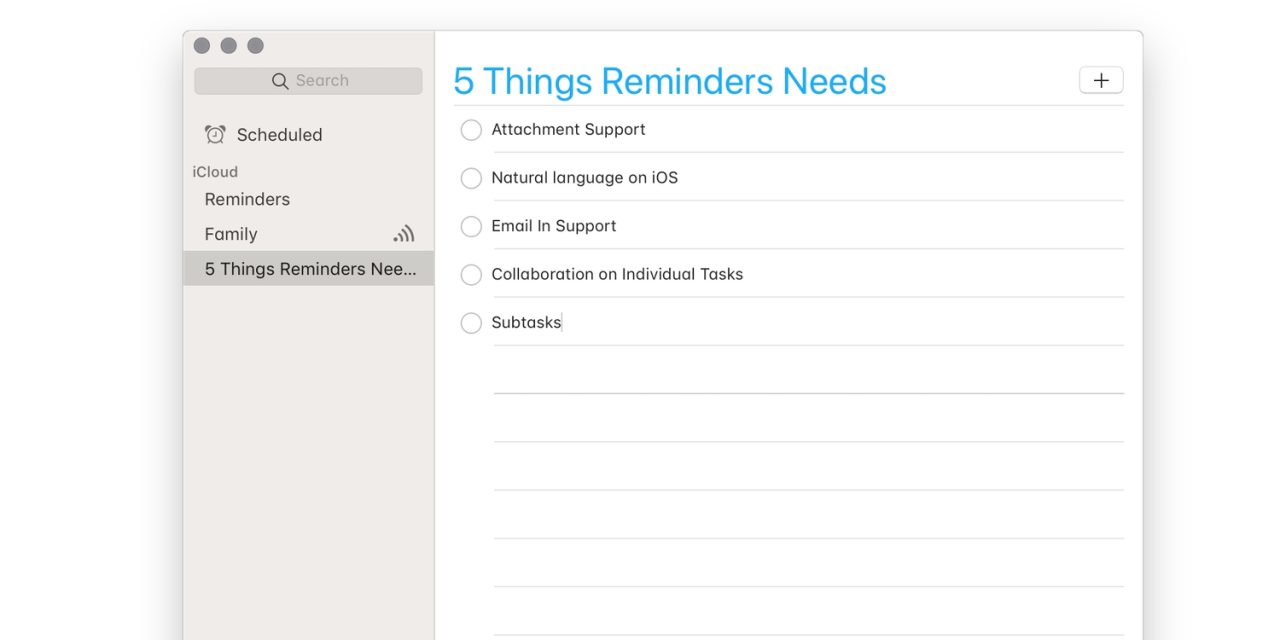 Apple’s Reminders app is one of their apps that has the most potential in my opinion. While it didn’t receive much of an update with the announcements of iOS 12 and macOS Mojave, I believe that with some additional features, it could become the go-to GTD/task/productivity system for most people.

While I love the App Store and the various alternatives that developers come up with, I try to rely on built-in apps whenever possible. I’m already paying for iCloud storage, so I might as well use it. The Notes app is an excellent example of how Apple can set the standard for a default app. It’s seen a lot of enhancements in recent years (particularly on the iPad), and there is less of a reason than ever to use a third-party app

Reminders, on the other hands, is not quite there. It does have great Siri support, great location-based alerts, and great syncing to all of your devices, but it needs some additional enhancements. Here are five features that I believe would make Apple’s Reminders app a real GTD/task/productivity system: 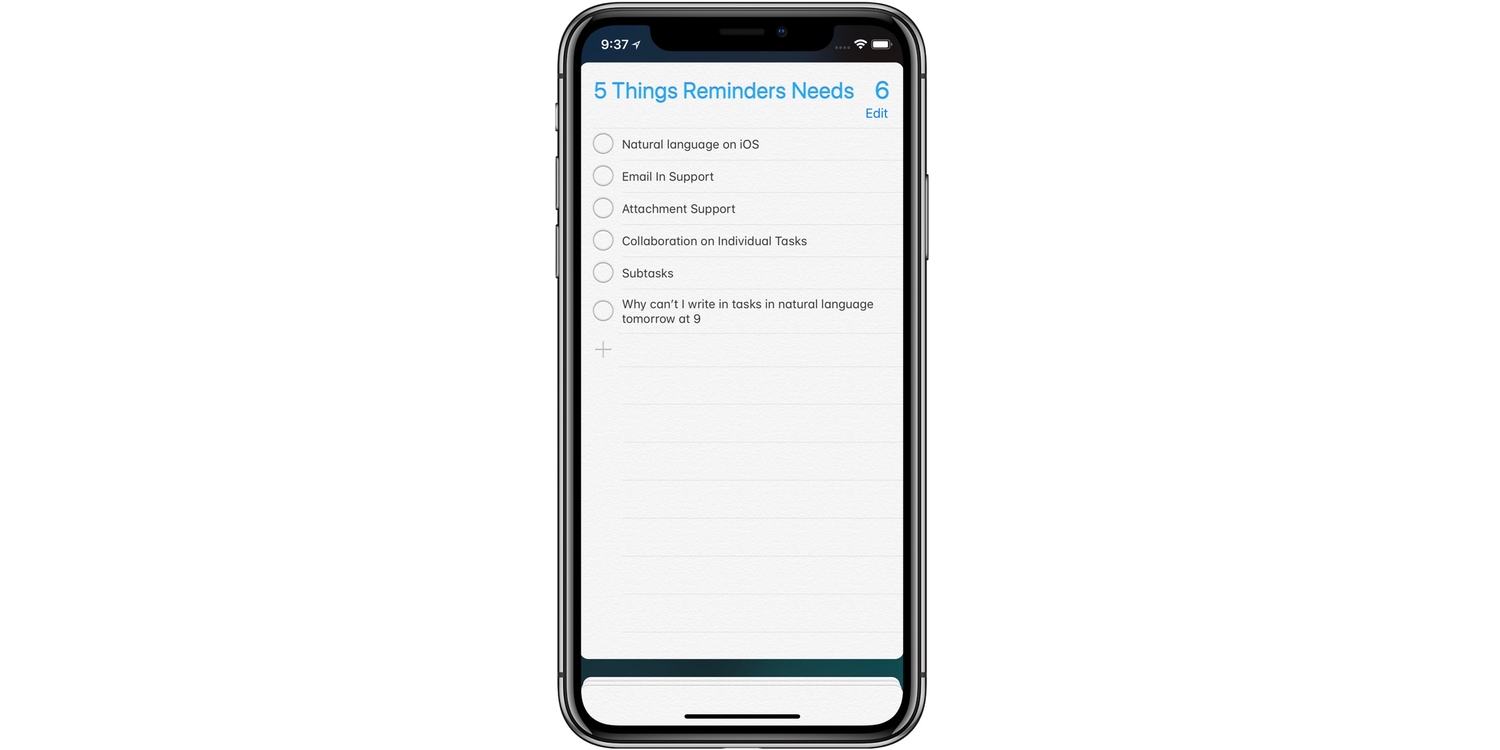 I currently use Todoist to manage all of my tasks. One aspect that is perfect is their natural language input. I can type: Print off expense report #Work Tomorrow at 8 AM. Todoist will then put the task in my Work project with a due date of tomorrow at 8:00 AM. While the macOS version of Reminders has natural language support, iOS doesn’t. I’d love the macOS to get an app-wide app dialogue box where I didn’t have to pick the list ahead of time. With Todoist, I set up a quick trigger for new tasks and put it into the right place without every touching the trackpad. 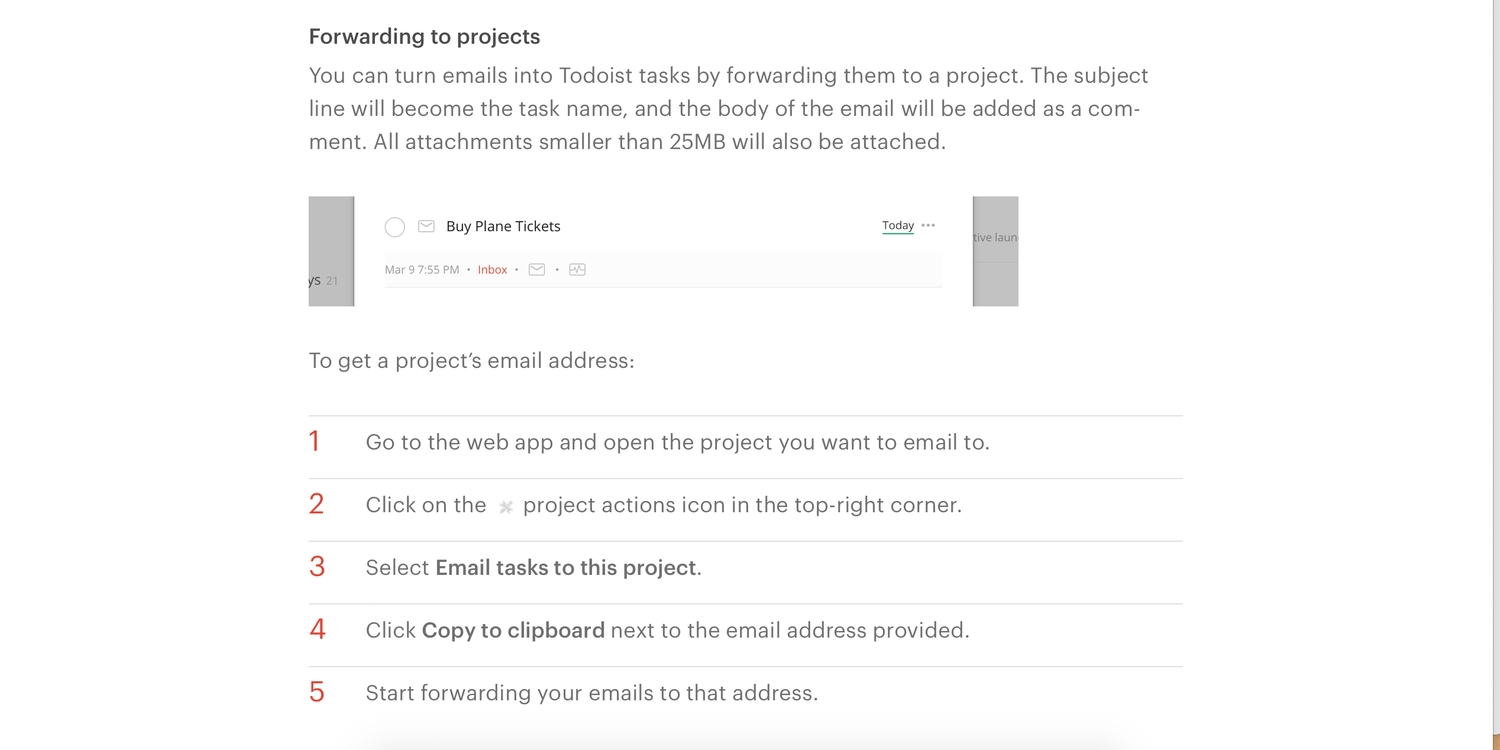 Apps like Todoist, Things, and OmniFocus all include the ability to “email in tasks.” This feature allows you to forward an email to your system work on later. I just came back from a week-long vacation. During the week I was off, any email I got that needed me to take action when I return got sent to my Todoist email address. It would go into my “Inbox.” On Sunday night before my return to work, I processed everything in my inbox. Processing my inbox means that I assigned it to a project and set a due date.

With Apple Reminders currently, you cannot add files to tasks. I’d love to be able to create a new task and then add a PDF or Numbers document to it. The task could be “Review contract.” I’d then add the actual contract to the task. I could then take my iPad, open up Reminders, and then begin to review the document. What if you could then save any annotations back to the document, and it would be saved back to iCloud? It could just be a symlink to an iCloud Drive document as well. 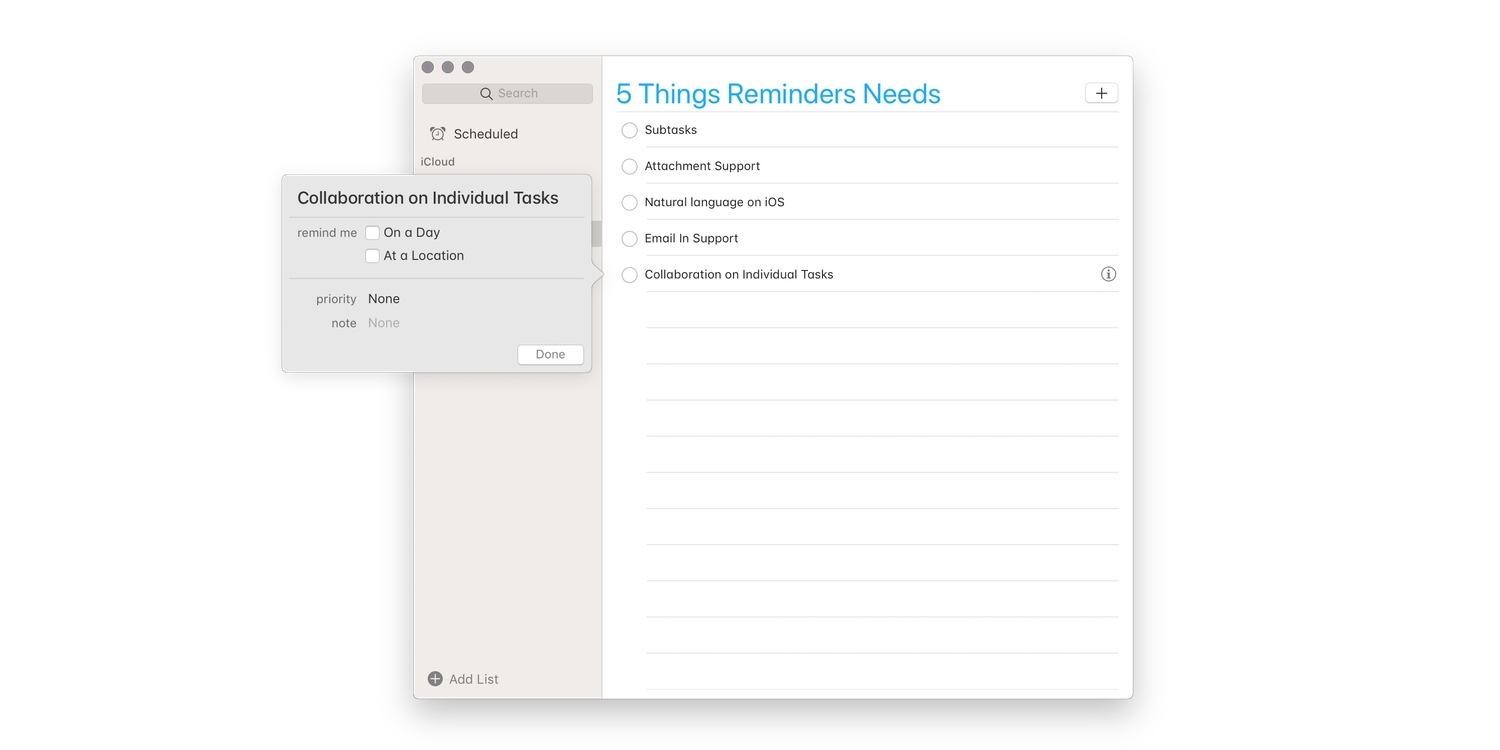 Apple’s Reminders has excellent support for sharing lists. My wife and I have one for groceries, and it works well. Sometimes, I’d want to be able to share a task that maybe needs to be on one of my lists, but not on a list I had previously shared. I’d love to be able to create a task (maybe even add an attachment) and then write in someone’s email address to add it to one of their lists. I could see Reminders on the other end with a pop up saying “Bradley Chambers has shared a task with you, do you accept?” When you click yes, you can pick which list it goes in. It ideally would be in the pop-up menu on the image above.

The final upgrade that Reminders needs to become a full-fledged GTD/task system is subtasks. An example could be that your company was creating a newsletter. Under the Newsletter list, you could add a task of photo selection. As a subtask under photos, you could create a subtask of research local photographers, schedule meeting, etc.

Overall, Reminders is a solid application. It works great on iOS, macOS, and on Apple Watch. With some additional features, it can be one of the best task managers for Apple users. What do you think? Let me know in the comments. Do you have any additional ideas for upgrades to the app?