Now you can play Mario Kart in Fortnite … kind of! 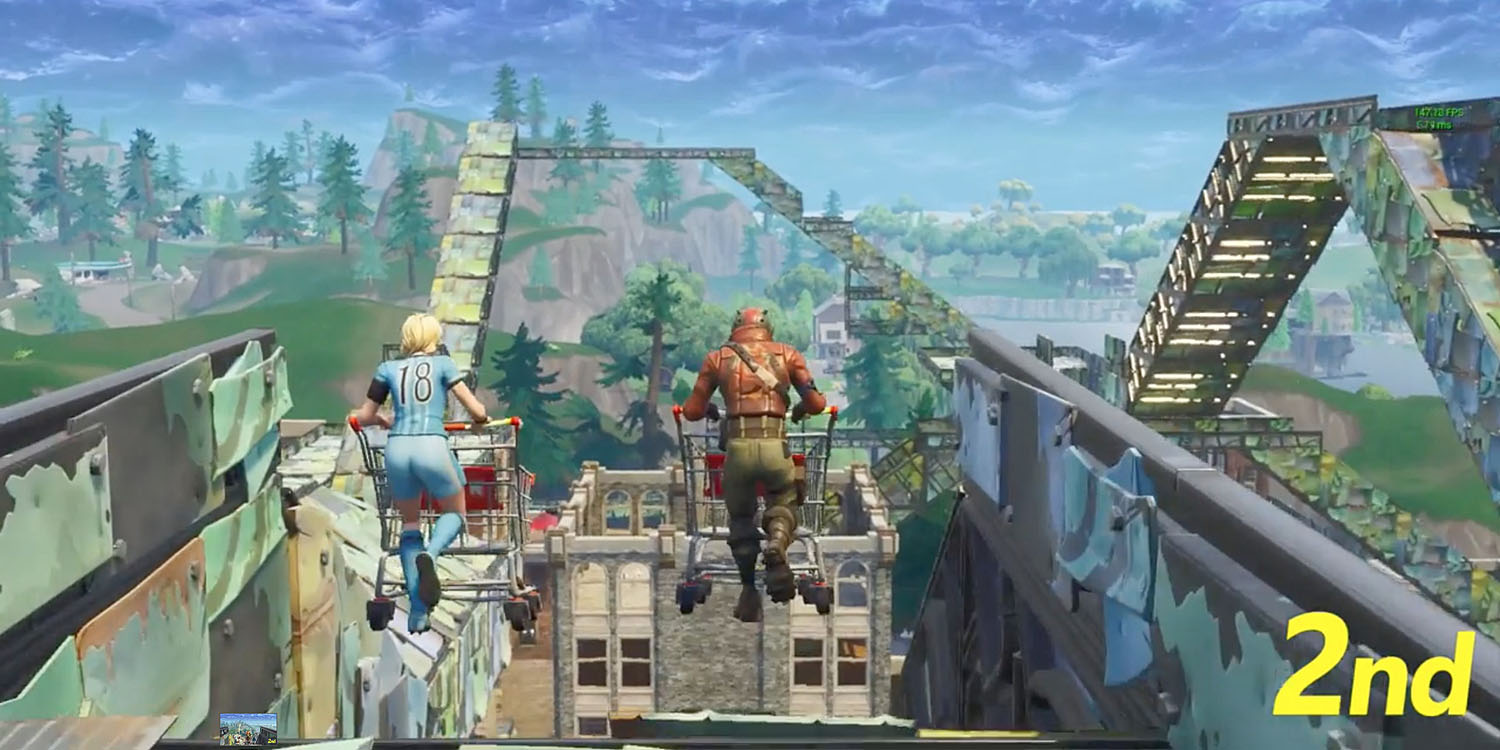 When Epic Games created Playground Mode in Fortnite, allowing an hour of safe play to familiarize yourself with the environment, they probably never imagined someone would use the time to do this …

He’s added Mario 64 sounds to the replay video as characters push and ride supermarket trollies through the cityscape – and the effort seems to be appreciated by fellow Redditors.

Spectacular use of the terrain! Really feels like a Mario Kart map. I love how the track runs on the ground and weaves through the buildings. Like the whole city was put there as a backdrop.

This sure brings a smile to my face.

This is the most amazing thing I’ve ever seen.

This is why the internet was invented.

Replay mode is a little buggy, and makes the characters look like they are running when they’re coasting, but it’s a fun video.

Reddit also had plenty of suggestions for other games that could be recreated in Fortnite, so this may be just the first of many …