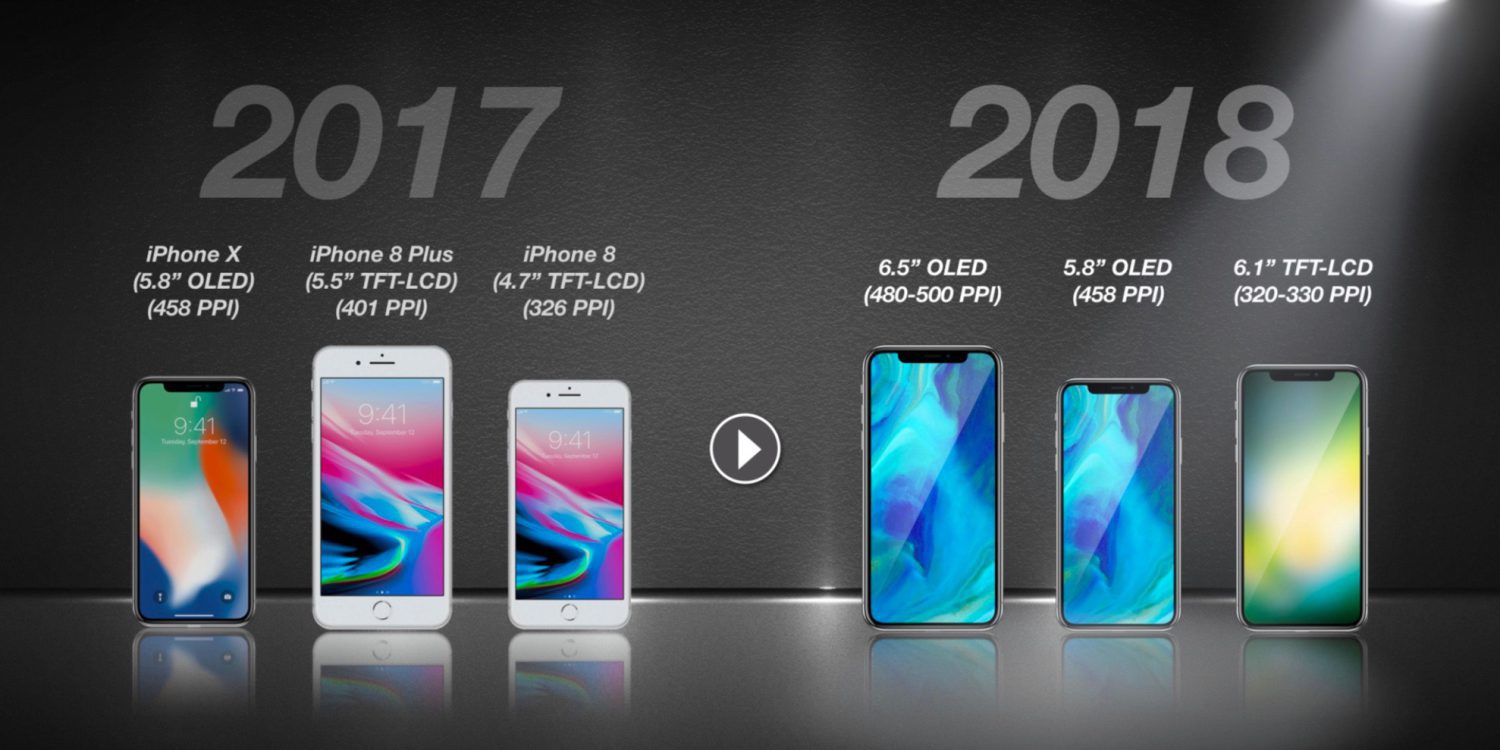 The Eurasian database continues to be a good indicator of Apple’s forthcoming product releases. Some of the model identifiers unearthed earlier this month were unveiled yesterday as the new MacBook Pro laptops. Consomac today noticed that Apple has now registered a fleet of new iPhones running iOS 12, almost certainly destined to be the 2018 iPhone lineup launching in September.

Whilst we aren’t sure yet which is which, this comprises the 6.1-inch LCD iPhone, the 6.5-inch OLED ‘iPhone X Plus’ and the update to the 5.8-inch iPhone X — marketing names still up in the air of course. There are very clearly three separate runs of numbers in this list — A19…, A20.., and A21…, for the three different models.

Interestingly, these are the same model numbers that Apple previously filed with the database in April. At that time, these iPhones were registered as running iOS 11. Now, the database has been updated to say that these phones will ship with iOS 12.

Consomac also highlights the filing of two new iPad models, again said to be running iOS 11. In addition to the five iPads seen earlier this month, there are now a total of 7 as-yet unaccounted for iPads registered in this database. It’s still a little strange to see these marked as running iOS 11, not iOS 12, but the iPhone situation above shows that Apple has the flexibility to update the metadata in the listings at any time.

In the past, the Eurasian regulatory filings have tipped the hat on the iPhone 7, Apple Watch Series 2, and AirPods — as well as 2017’s WWDC hardware and the $329 iPad earlier this year.