Apple has registered a handful of new devices in the Eurasian commission database earlier this week, as discovered by Consomac. Legal obligations require devices that use encryption to be registered ahead of release. In the past, similar filings have tipped the hat on new MacBook models, the iPhone 7 and AirPods.

The latest entries represent two new devices, with model identifiers A1954 and A1893, which are described as Apple tablets running iOS 11. This suggests that new iPads are coming sooner rather than later.

A major iPad update is expected for later this year, drawing cues from the iPhone X with a near bezel-less design, and removal of the home button in favor of Face ID authentication. However, it doesn’t seem like this is what the database findings are referring to.

The Face ID iPads have been billed as products launching in the ‘second half of 2018’ timeframe. The timing of the Eurasian filings indicates that two new iPads will be launching much sooner than that.

For instance, the iPhone 7 and AirPods references turned up just a fortnight before the announcement event. The MacBook and new keyboards hit the Eurasian database in May; these products were subsequently unveiled at WWDC in early June.

Therefore, the most likely situation here is that the new iPads coming in the next couple of months are not the ‘Face ID’ iPad Pros. Instead, this is probably a refresh to the cheaper non-Pro iPad line. In fact, Apple launched the $329 iPad in March 2017 … which lines up perfectly for a yearly refresh given the timing of the filings. The two model identifiers probably represent the WiFi and cellular connectivity options of the ‘same’ new iPad.

Digitimes previously reported that Apple would launch an even cheaper $260 iPad in 2018, with a release date in the second-quarter.

Consomac suggests that the news means Apple will hold a media event in March. We struggle to see that particular connection as Apple already debuted the 2017 iPad with just a press release, no associated event fanfare. 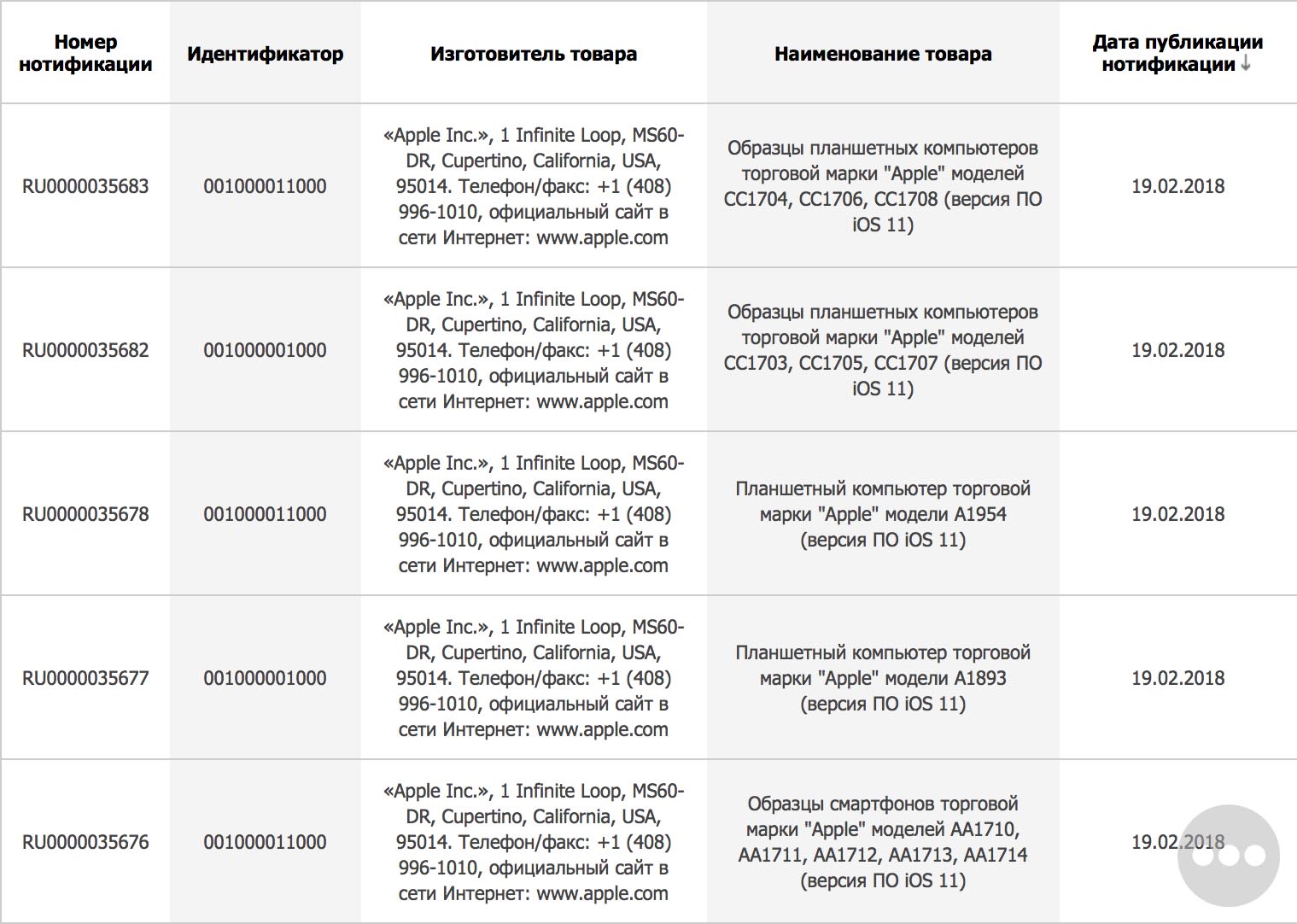