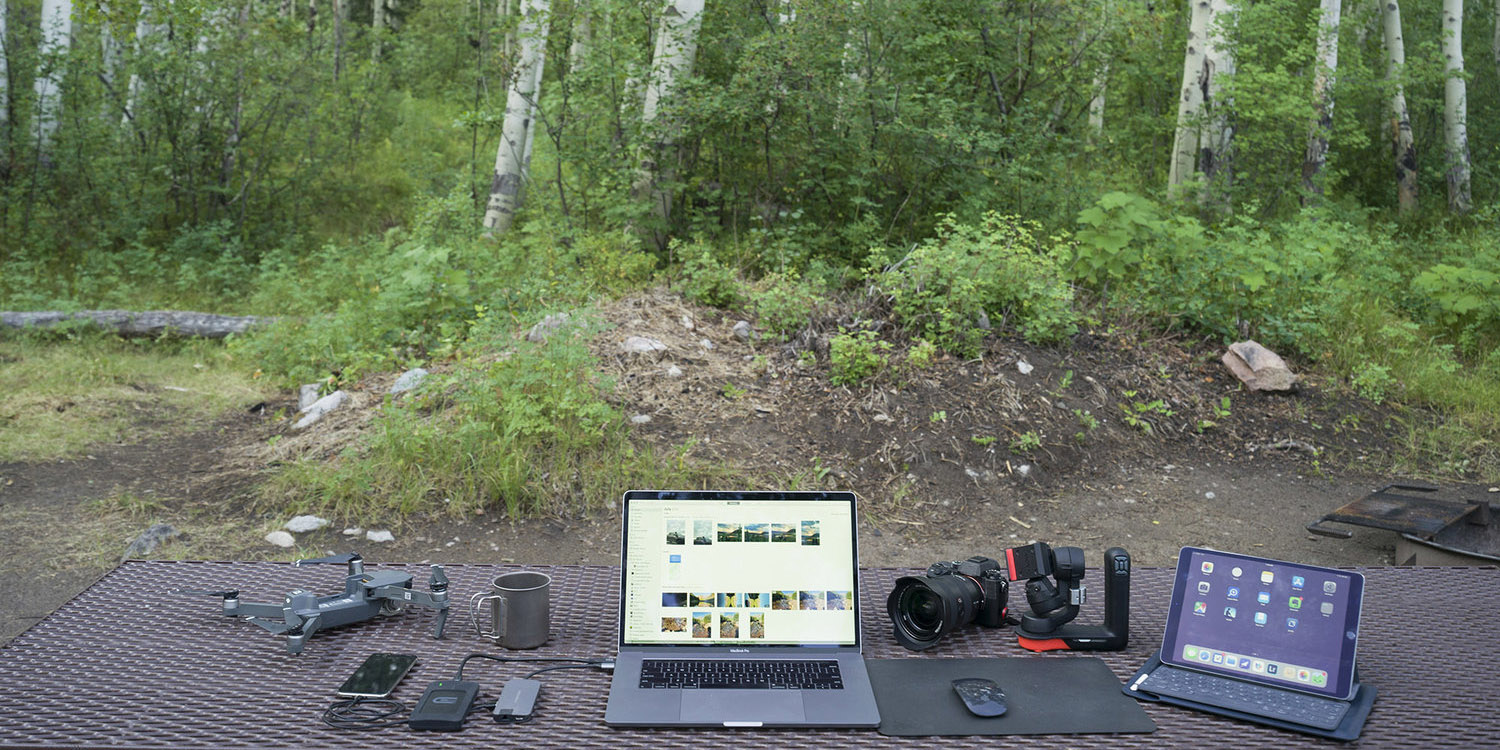 With major new product launches, Apple typically seeds review units to friendly sites ahead of time, with an embargo ensuring that all the reviews land at the same time.

With the 2018 MacBook Pro refresh being more of an iterative update, the company hasn’t done that this time around, so we’re seeing a drip-feed of reviews. But there are now enough out to get a good sense of how the new machine is being received …

Photographer Austin Mann found that the speed difference over his 2013 machine was dramatic, as you’d expect, but even over the maxed-out 2016 model it was seriously impressive.

For a professional photographer, he says, even the insane cost of the 4TB SSD is money well spent.

Laptopmag praised the ‘blazing’ performance, but wasn’t impressed by graphics element, nor the battery-life.

This thing is screaming fast. We’re talking the fastest SSD ever in a laptop, plus some other benchmark scores that put some — though not all — Windows machines to shame […]

It took the system just 2 seconds to duplicate 4.97GB worth of files, which translates to 2,519 megabytes per second. Incredulous, we found another synthetic benchmark to test the SSD called BlackMagic Disk Speed Test. The result? An average write speed of 2,682 MBps […]

The one area where this MacBook Pro falls a bit flat is graphics. On the OpenGL portion of the Cinebench R15 benchmark, which measures graphics performance, the 2018 MacBook Pro 13-inch yielded 41.1 frames per second. The XPS 13 scored 49.3 fps on the same test […]

The MacBook Pro 13-inch did not fare well on our web surfing battery test. Maybe it’s the Core i7 CPU in our configuration or the dedicated T2 chip that’s always listening for Hey Siri or the Touch Bar (or all of the above), but we saw an unimpressive runtime of just 7 hours and 32 minutes. That’s well below the premium laptop average of 8:28.

MacObserver said that the best review it has seen is one by Craig Hunter, NASA aerospace engineer and developer of the iOS app Theodolite. He put it through a series of computational fluid dynamics simulations to benchmark performance, and was impressed.

For a final CPU benchmark I want to look at LINPACK, which solves a dense system of linear equations by LU decomposition with partial pivoting. This benchmark uses Intel’s Math Kernel Library (MKL) code and solves a system of 15,000 equations. Here, the 2018 MacBook Pro runs with the two iMac Pro models up to about 5 cores before falling off, which is pretty impressive. Topping out with 260 GFLOPS at 6 cores, the new MacBook Pro is a whopping 60% faster than the old 2016 model was on 4 cores.

He said that the 32GB RAM was very welcome, and the True Tone display is a ‘standout feature.’ The improvements collectively ’emphasize the “Pro” in MacBook Pro.’

MacWorld thinks it’s all about the speed, with the maximum RAM another pro benefit.

I often say in laptop reviews that if you bought last year’s model, you probably won’t find the speed results compelling enough to upgrade. But this year is different for anyone who uses multi-core apps. Six processing cores is, well, better than four, and the performance boost is deeply satisfying for pro app users. You’ll find that the investment quickly pays for itself […]

In another welcomed upgrade, Apple made the switch from DDR3 RAM in previous MacBook Pros to DDR4 RAM in the 2018 models […] The maximum amount you can have installed is now 32GB, double that of the previous 15-inch MacBook Pro. This is one change that users have been wanting for a while.

But if your usage won’t benefit from the speed boost or extra RAM, says Roman Loyola, then there’s probably little reason to upgrade from either 2016 or 2017 models.

As for performance, Apple’s not messing around here. Running Geekbench 4 (a popular PC benchmark), I got an impressive 5540 on the single core and 23345 with the multi-core test. Geekbench got similar — if slightly lower — results in its own tests on the high end. Here’s founder John Poole on the findings:

The 2018 MacBook Pro is the most substantial upgrade (at least regarding performance) since the introduction of quad-core processors in the 2011 MacBook Pro.

Taken together, that represents a significant upgrade from last year’s model. Individual performance will vary depending on a lot of different topics, but there’s no doubt these are powerful machines.

Brian Heater says that for those who don’t need the power, the new keyboard and True Tone display are nice to have, but don’t justify an upgrade from earlier models.

In addition to the full reviews, there were some early hands-on pieces. These are useful because, not having had time to test performance, they focus on other differences.

Engadget’s Dana Wollman said that the True Tone difference was ‘hard to unsee.’

If you check the record, I probably said great things about the MacBook Pro’s screen before True Tone was introduced (yep, I did), but once you toggle the setting on and off, the difference is hard to unsee. I imagine this feature will be great for everyday use, but people like photographers who are picky about color will probably want to disable it while they’re working.

She also welcomed Hey Siri, though had to disable it on her phone to ensure the Mac responded.

Back to that keyboard. It’s not silent, but it does have a less metallic, clacky sound to it. It’s a subtle difference and certainly not a reason to buy this machine (the modern Intel processors are the headline feature), but it’s there […]

True Tone works as well here as it does on the iPad Pro — at least when you’re looking at the screen. The color temperature changes and whites are much easier on the eyes.

Dieter Bohn also notes that the Touch Bar likewise adjusts its color temperature, which is a very Apple-like detail, though he says it’s very subtle.

I don’t have any reason to upgrade my own 2016 machine – my plan is to hold onto it for another couple of years yet – but my colleague Jeff Benjamin is putting the 2018 model through its paces as I write, and his review will be along soon.