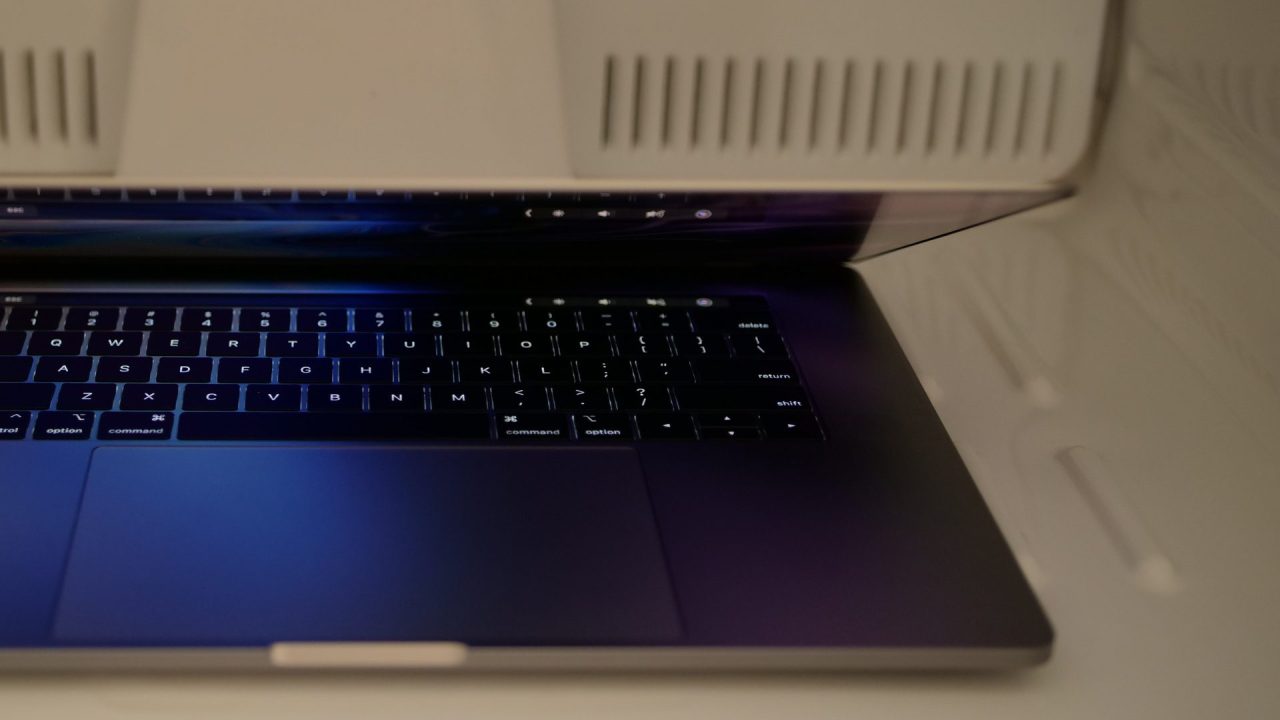 It seems like there’s always some controversy surrounding new Apple hardware. These devices are some of the most popular in the world, which means that they’re bound to get closely scrutinized, perhaps more so than any other tech product on earth.

With that said, there’s a brewing controversy over CPU throttling in the new MacBook Pro. Of course, throttling on a laptop as thin as the MacBook Pro is to be expected, but issue has been taken with the amount of throttling present in Apple’s high-end 6-core Core i9-powered machine.

The scrutinization is warranted, especially when you consider that the least-expensive Core i9 MacBook Pro sells for $2,700. If you opt to max out the GPU, RAM, and SSD storage, the price quickly balloons to nearly $7000 after tax.

Just how bad is CPU throttling on the 2018 MacBook Pro? Let’s do a brief export test with Final Cut Pro X to investigate further.

I opted to use Final Cut Pro X in these tests for the simple reason that it is Apple’s flagship NLE, and many of the people purchasing these machines are creative professionals who work in video.

To monitor CPU performance, I used Intel’s excellent Power Gadget software, which is a free download for Mac users.

Here is my configuration for the test:

To preface, this test is by no means law, and certain applications and export settings may respond differently.

Leaving the Core-i9 configured as default, I exported the video in 5 minutes and 30 seconds. Throttling was definitely noticeable during the export, as you can see from the following chart created from Intel Power Gadget log data:

Specifically, notice how aggressive throttling is here, with numerous occurrences of the clock speed dipping to 800MHz. According to Intel Power Gadget data, this is in response to a CPU Hot flag. (Update: these dips are actually the CPU idling)

Like most laptops, previous generations of the MacBook Pro have throttled, but the throttling with the Core i9 can be quite aggressive with Final Cut Pro X exports.

I was curious to see how the MacBook Pro would respond to the same test with only 4 cores enabled. To attempt this, I installed Xcode, and utilized the handy Instruments utility to disable two of the cores.

I now effectively had a quad-core machine instead of a hexa-core machine. Would it make any difference for my Final Cut Pro export?

Surprisingly, yes. The export completed in just 5 minutes and 12 seconds, 18 seconds faster than the it did when using all 6 cores.

Keep in mind that the CPU inside this MacBook Pro has the following specifications:

For the majority of the testing, the wattage consumed by the CPU stayed around 20W, and overall CPU utilization stayed well below 50%.

For the last test, I switched back to the full 6-cores and put my MacBook Pro in the freezer to keep it cool, à la Dave Lee, who made the excellent video that lended such a big voice to this issue. Unsurprisingly, doing so resulted in the best performance out of the three tests. The video exported in just 4 minutes and 51 seconds, 21 seconds faster than the quad-core test, and 39 seconds faster than the hexa-core test without the extra cooling.

The freezer is good for short term performance on the MacBook Pro, but may prove to be an inconvenient/hazardous working environment (condensation is bad, folks).

Lastly, I wanted to see how my iMac Pro compared, since it has plenty of thermal overhead along with an 8-core Xeon CPU. Would it easily best the MacBook Pro?

Just by looking at this graph, you would think so. The CPU basically stays locked at 4.0GHz and above, and as you can see its temperatures remain relatively cool. However, the iMac Pro actually proved to be slowest on export, coming in at 6 minutes flat, a full 30 seconds slower than our slowest export with the MacBook Pro.

Why? Xeon CPUs lack onboard hardware video encoding, dubbed Intel Quick Sync Video. So even though the iMac Pro runs circles around the MacBook Pro from a thermal perspective, it doesn’t really matter in this test. That’s why you can’t always look at pure numbers when judging a machine. Lots of variables go into measuring the performance, and it differs based on the applications you plan to use.

The results of this test are by no means a recommendation to stay away from the high end MacBook Pro. A machine should be judged on all of its merits and further testing is required before I’m able to do so. That said, the optics aren’t particularly good for Apple; it’s reasonable for users to expect more cores to equal better performance, especially with an app that was built from the ground up with Mac hardware in mind.

All blame shouldn’t rest on Apple’s shoulders, though. Intel needs better performing chips from a thermal perspective. It’s one major reason why Apple’s rumored transition to ARM Macs could prove to be a great thing for future laptops coming out of Cupertino.

What do you think? Is this a serious issue, or is it making a mountain out of a molehill? Sound off in the comments with your thoughts.

This “CPU Hot” flag apparently doesn’t correlate to throttling in the normal sense. John Poole from Primate Labs, creator of the excellent Geek Bench 4, would definitely know and he dropped some knowledge:

If the CPU is at 800MHz, the CPU isn’t throttling, the CPU is idle. The test isn’t using the CPU but rather the on-chip hardware encoder. https://t.co/4kXB2TXsvK

John notes that at 800 MHz, the CPU is idling, awaiting further instructions. This 800 MHz dip that we see on the graphs is normal in the sense that 800 MHz is an idle frequency.

Yet, this still has all the makings of a thermal issue. The export is faster when there are only four cores being used instead of six. And as shown, the export is obviously much faster when outside cooling is added.