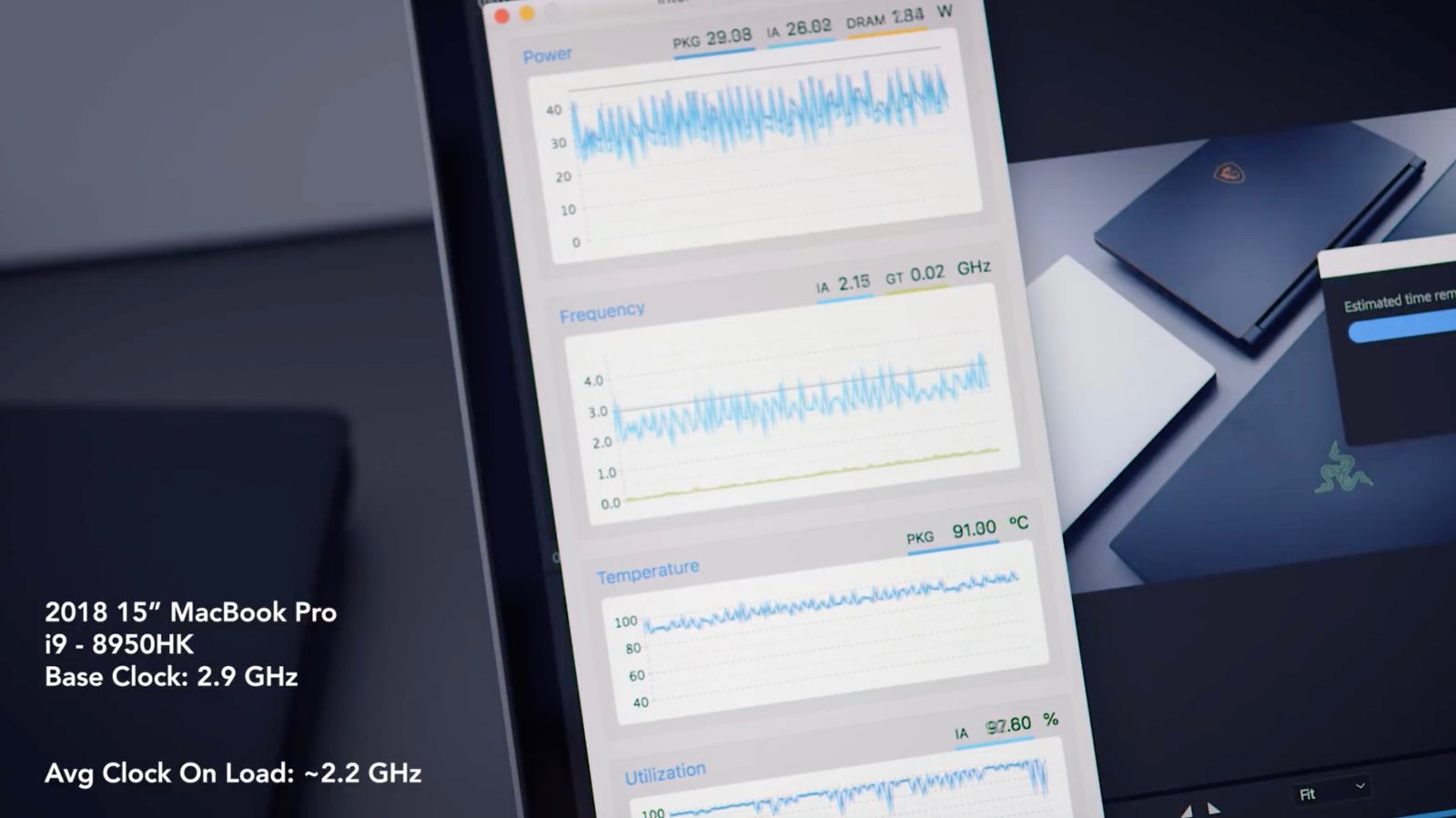 Last week, Apple announced new versions of its 13-inch and 15-inch MacBook Pro models with Touch Bar. Perhaps most notable is the new power that is now available with the 15-inch, including the Intel Core i9 processor.

A new video, however, raises concerns about whether or not the MacBook Pro can handle the heat of the i9 processor…

YouTuber Dave Lee, a respected and popular reviewer, shared his hands-on with the 2018 15-inch MacBook Pro this evening, showcasing the top-of-the line model with the 2.9GHz 6-core 8th-generation Intel Core i9 processor. Apple offers the processor exclusively with the 15-inch model in the form of a $300 upgrade.

In his video, Lee explains that after a “few seconds” of high-intensity work, such as editing in Adobe Premiere, throttling begins to kick-in and limits the clock speed. In Lee’s testing, the average clock speed while under load for the MacBook Pro is around 2.2GHz.

Lee compares the 15-inch MacBook Pro’s performance to that of a 2018 Aero 15X, which uses an Intel i7 processor with a base clock of 2.2GHz. That machine is able to secure an average clock speed of 3.1GHz thanks to Turbo Boost.

Somewhat humorously, Lee ran a render time test using Adobe Premiere (which is rather poorly optimized for macOS) with the MacBook Pro in his freezer in an attempt to cool the machine as it rendered. In doing this, the render time dropped from nearly 40 minutes to 27 minutes.

The important thing to note here, as Lee does, is that thermal throttling is not necessarily new and it’s something that affects both Apple and other PC manufacturers. Lee, however, takes issue with the degree of thermal throttling that is seemingly affecting the 15-inch MacBook Pro.

Furthermore, this is just a test using a single MacBook Pro and a single app – whether or not the issue is widespread remains to be seen, but we’ll certainly be keeping an eye on further reports.