Redditor suggests MacBook Pro throttling is not a CPU issue; can be fixed [U] 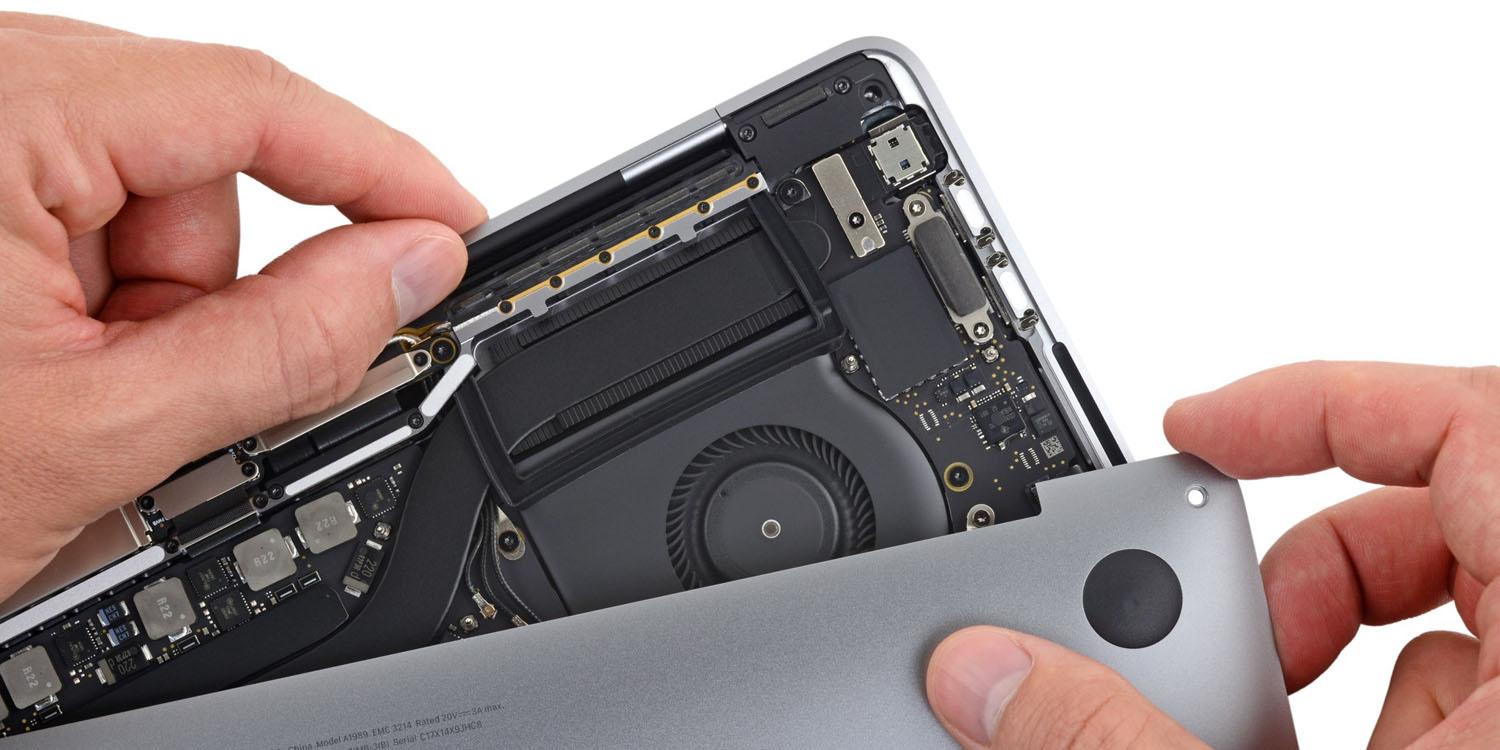 Update: Whether the Redditor is right or not, it was indeed the case that Apple was able to resolve the issue with an update.

They go on to demonstrate that the value can be overwritten, boosting performance, indicating that it is potentially something Apple can fix with an update …

The post provides a possible explanation for the drop to 800MHz we found in our own tests.

The ultimate root cause of the very bad performance drop during the throttling is not thermal throttling of the CPU, but rather power throttling of the VRM (voltage regulator module), being unable to satisfy the power desires of the i9 CPU.

When the VRM maxes out (overheats … but this is different from CPU thermal throttling), the motherboard sends a signal to the CPU to drop its speed to minimum (800Mhz) to allow the VRM a chance to cool down. The CPU then returns to it’s previous desire to pull maximum power, spins up to high turbo speeds, and the cycle repeats again. When the CPU keeps switching from Turbo to 800Mhz, it is in a very inefficient state, so the amount of work being done relative to the amount of power drawn decreases.

A hex value is the culprit, the post says.

I’ve spent a few hours testing at many different draw rates until I could find the rate at which the VRM does not max out, for my machine, that is 49 Watts. Note that this does not include power draw for other accessories (ie: the GPU), so if you are drawing heavy power using other chips, you might need to set the limit lower than 49 watts.

It goes on to provide instructions for over-writing the value.

Note that we would strongly advise against doing so. The figures provided apply only to the OP’s machine, so using these on your own MacBook Pro definitely falls into the ‘inadvisable’ category. However, if the explanation is correct, and Apple has used an inappropriate setting for the thermal management of the VRM, then it would be something the company could potentially fix with an update.

At this point, the best advice would seem to be: wait and see.