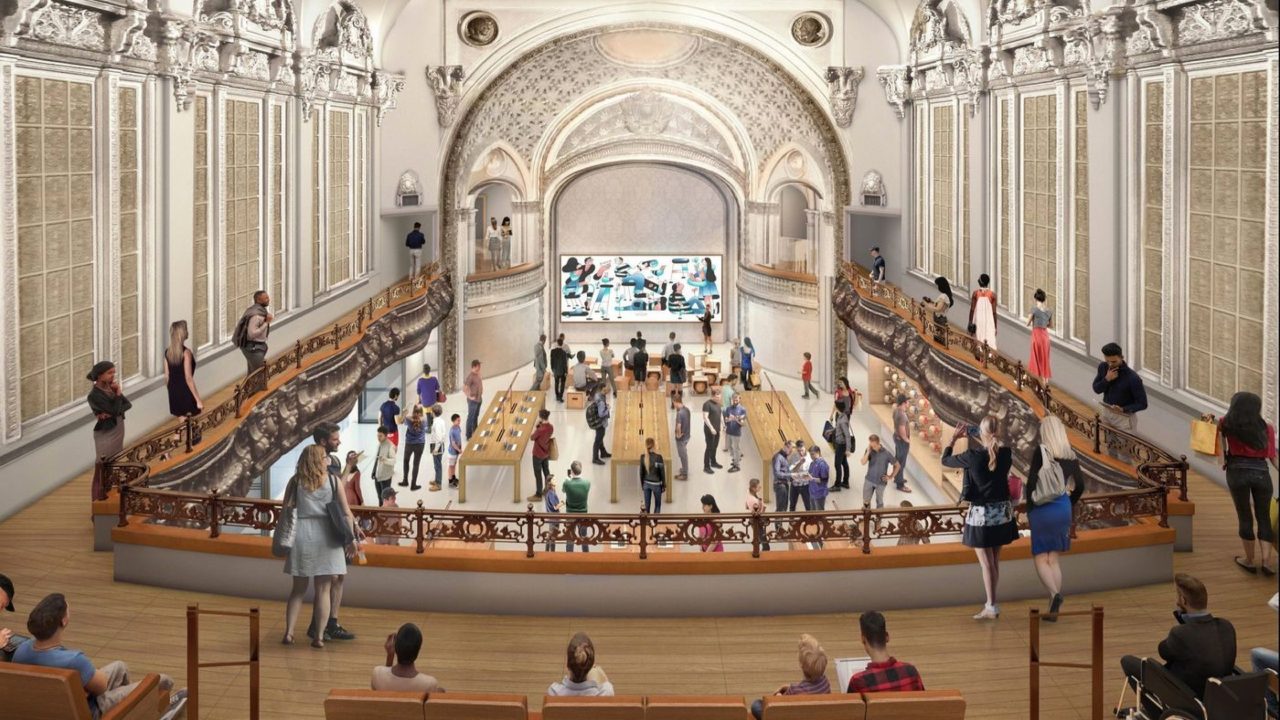 After years of rumors and speculation, Apple has spoken publicly for the first time about their plans to restore the historic Tower Theatre in downtown Los Angeles into a flagship retail location, screening renderings of the space and discussing their goals for the project.

In a new interview with the Los Angeles Times, Apple’s senior director of retail design BJ Siegel explained that the planned stored will be “in the upper echelon of what Apple does,” noting its distinction from the other three Apple retail locations in the L.A. vicinity. The distinction is not without merit. The Tower Theatre is a historically significant building, constructed in 1927 as the first movie theater in Los Angeles wired for sound. The Tower’s early technical prowess and legacy were what attracted Apple, among other qualities. With a Renaissance Revival facade and detailed terra-cotta decorative elements, the building has been called “one of the treasures of Broadway.”

While no timeline for completion or restoration costs have been given at this stage, the project is expected to complement Apple’s growing portfolio of historically significant stores renovated with painstaking attention to detail. According to Apple, original blueprints and photographs will be used to restore details like murals and the theater’s large stained glass window, currently deteriorating over the building’s entrance.

Initial renders of the space show that the theater’s currently empty seating area will be transformed into the store sales floor, with a large video wall anchoring the same space where movies like The Jazz Singer were once screened over 90 years ago. Additional seating around the theater’s balcony will provide viewing areas for live performances and Today at Apple sessions. In addition to the normal lineup of sessions, Apple will offer special talks from experts in the movie, television, and music industries. 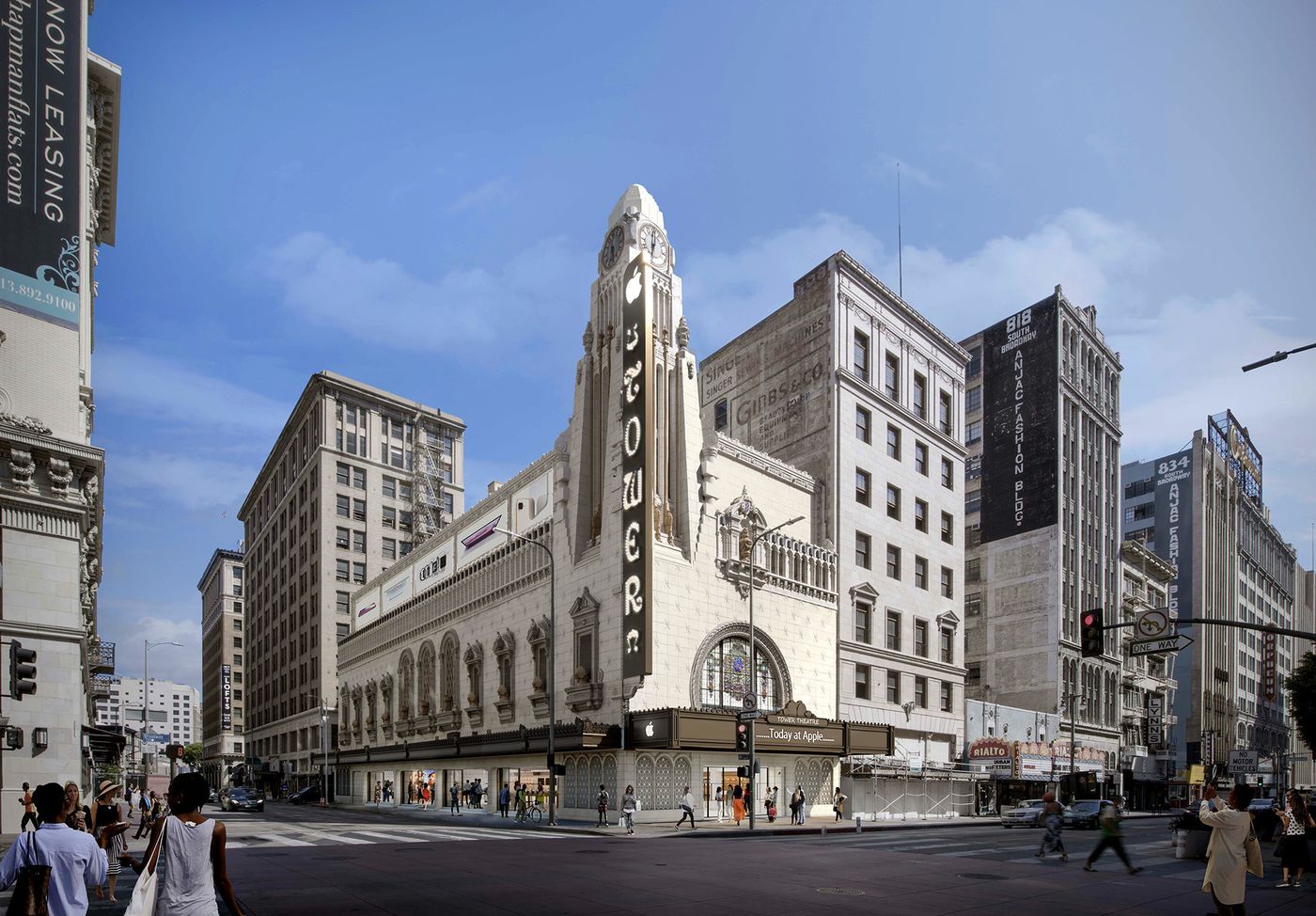 Last month, it was reported that city permits had confirmed Apple as a tenant of the Tower. Earlier reports from Brigham Yen extending back to 2015 had speculated on Apple’s arrival in the neglected building. It’s unusual for Apple to comment on plans for new retail locations ahead of opening, suggesting this store might rank with the likes of Apple Michigan Avenue in Chicago and the upcoming Mount Vernon Square global flagship in Washington D.C., projects that were both too large to hide.

Speaking out early also helps Apple get ahead of the negative narratives that have plagued store projects like those planned for Melbourne’s Federation Square and Stockholm’s Kungsträdgården. Apple has gone out of their way to stress just how different the Tower Theatre project will be, dispelling the misconception that Apple stores are always “the big glass boxes.”

The Tower’s renovation will mark a milestone for L.A.’s Broadway Theater district, which has seen a renaissance in recent years. The revitalization of the community will be spurred further by Apple’s community events that hope to draw crowds downtown. Nearby, the Broadway Trade Center is under renovation to become a mixed-use space for offices and retail.