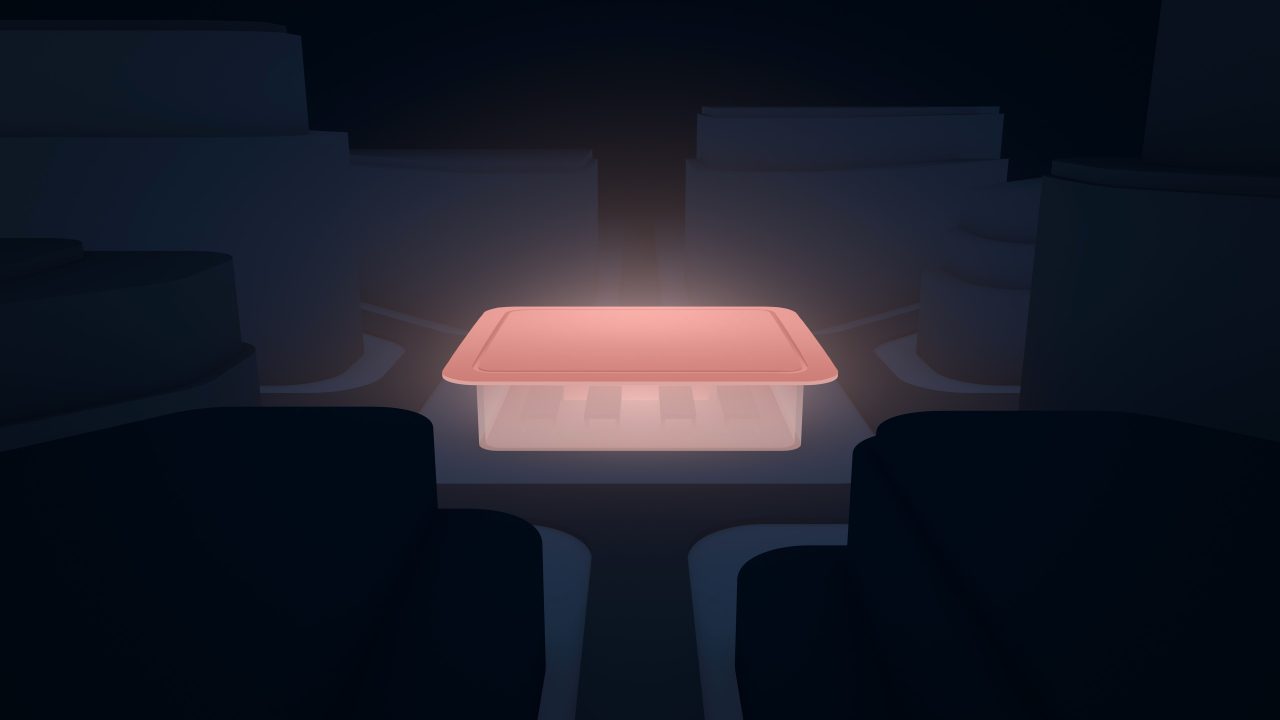 “We will know we have done really great if it feels like a town square,” explained Apple’s SVP of Retail Angela Ahrendts in May 2016. Ahrendts was specifically referring to Apple’s flagship Union Square store in San Francisco, but the goal was part of a broader initiative to reimagine the experience of all Apple retail stores.

With more people shopping online than ever before, the success of the town square strategy is critical to Apple’s continued relevance in a changing space where other well established brands have struggled. Yet even for Apple, the road hasn’t been without bumps. The push to move closer to the hearts of communities is increasingly met with skepticism and even hostility from residents. Apple is faced with a significant and growing long-term challenge that it will need to tackle in order to fully realize its retail strategy.

Town squares have been revered meeting and trade spaces since ancient times, so it’s no surprise that any changes to their fabric evoke strong feelings from communities. As public commons, these spaces reflect the values, priorities, culture, and preferences of those that occupy them. In a contemporary context, Apple and popular culture are inseparably bound by the ubiquity of iPhones, iPads, and Apple Watches. This makes Apple’s pitch for modern-day town squares relatively straightforward: help people get more out of the lifestyle they’ve already embraced by providing spaces to meet up, learn, and get inspired.

If only it were that simple. 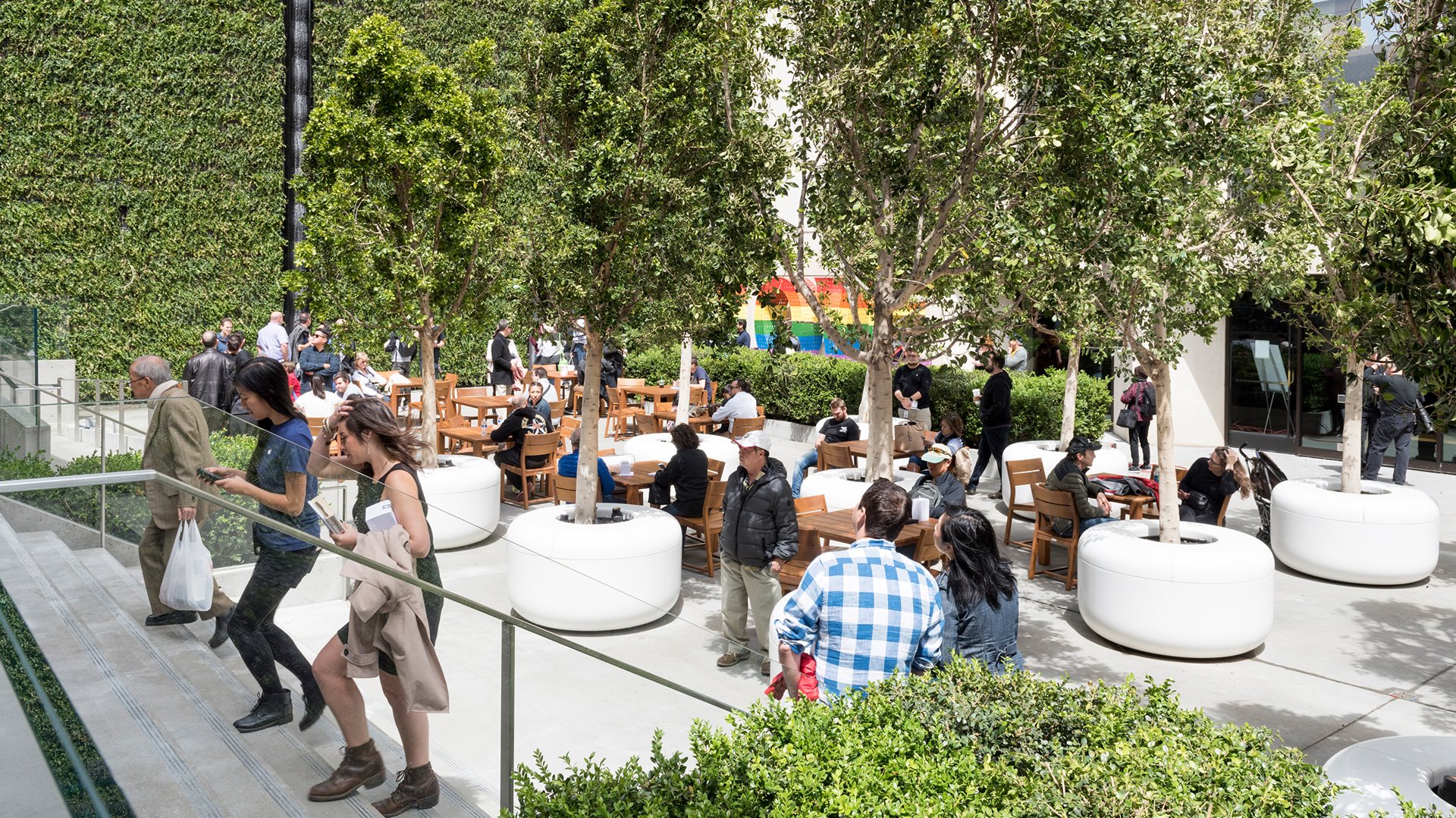 In each new city where Apple attempts to establish a significant contemporary store – typically adjacent to public space or inside a culturally notable building – a pattern of resistance is emerging. While every case is as unique and nuanced as the cities themselves, the broader sentiment is the same: citizens are wary of Apple’s reach.

At a time when advertising and branding proliferate every corner our digital lives, perhaps Apple is simply the straw that broke the camel’s back. Residents may see allowing a new store as the surrender of their last sanctuary from commercialism. But commercial presence around cultural centers is far from new. Chicago’s Millennium Park is just three blocks from the city’s largest shopping district, the Magnificent Mile. New York’s Central Park is home to several upscale restaurants. Quasi-public facilities like sporting venues are routinely named after large corporations, and urban public markets have been embraced by communities of all sizes.

“Some people may rejoice that they will have access to such a beautiful piece of architecture, but others will be clearly out of place,” writes Carlos Carmonamedina, a Washington D.C.-based artist, referring to Apple’s ambitious plan to restore the city’s historic Carnegie Library. Critics have argued that allowing a retail presence inside the library building, set to open later this year, undermines the original intent of the space as a public facility for learning. Apple’s answer is Today at Apple, a series of educational and community-driven sessions held at every store around the world. While the sessions are free and open to the public, signing up to attend still requires an Apple ID, and with the exception of live performances, getting the most out of a session often requires having your own devices. 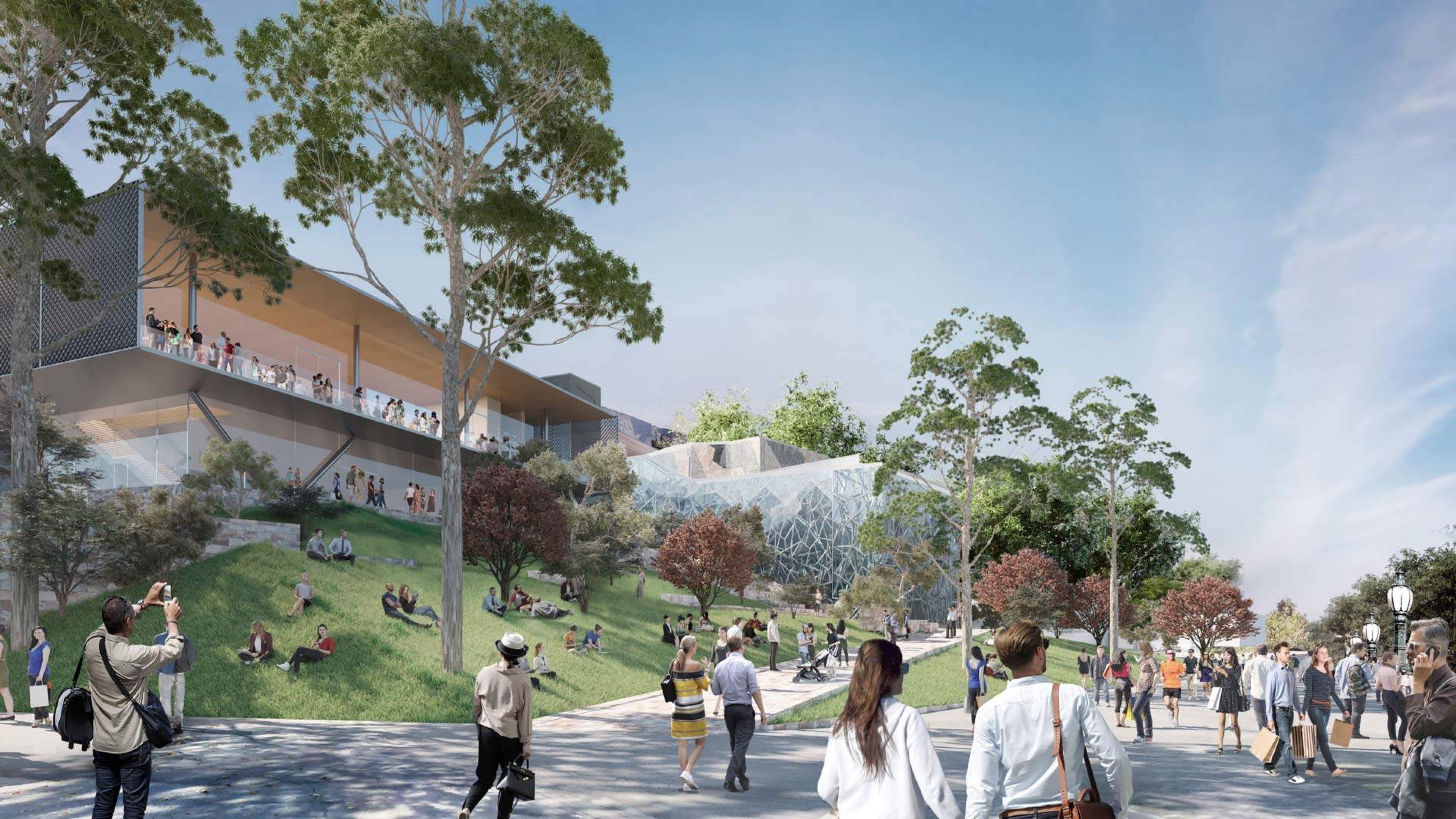 Louder but sometimes less articulate are concerns raised over Apple’s proposed flagship store in Melbourne’s Federation Square. The project would be one of the company’s largest retail investments to date, placing a store not adjacent to public land, but on it. Construction would also come at the expense of the Yarra building, home of the Koorie Heritage Trust and numerous historic artifacts, all of which would be relocated. Apple says the proposal will improve the visibility and accessibility of the nearby Yarra River. The concerns of Melbourne citizens are justified, but difficult to parse amidst a wash of impassioned arguments that often devolve into attacks on Apple’s products and practices rather than the project itself.

Much of the momentum against Apple in Federation Square has been spearheaded by the “Our City, Our Square” movement, a campaign organized by Citizens for Melbourne. Last week, Apple revised their plans for the square after several months of continued unrest. Despite receiving approval from Federation Square’s original architect, the design changes have so far done little to quell the concerns of detractors, indicating that disapproval is less about the store’s architecture and more a matter of principle. Citizens of Melbourne did not respond to a request for comment.

In Sweden, a similar situation is unfolding. Apple and architecture firm Foster + Partners have revised renders depicting a retail presence at the head of Kungsträdgården, a historic park in Stockholm. Initial plans for the store were deemed too large and disruptive for the square. Even after redesigning the building with a more subdued footprint, nearly 80% of over 7,500 people surveyed in a recent Swedish poll viewed the store unfavorably. 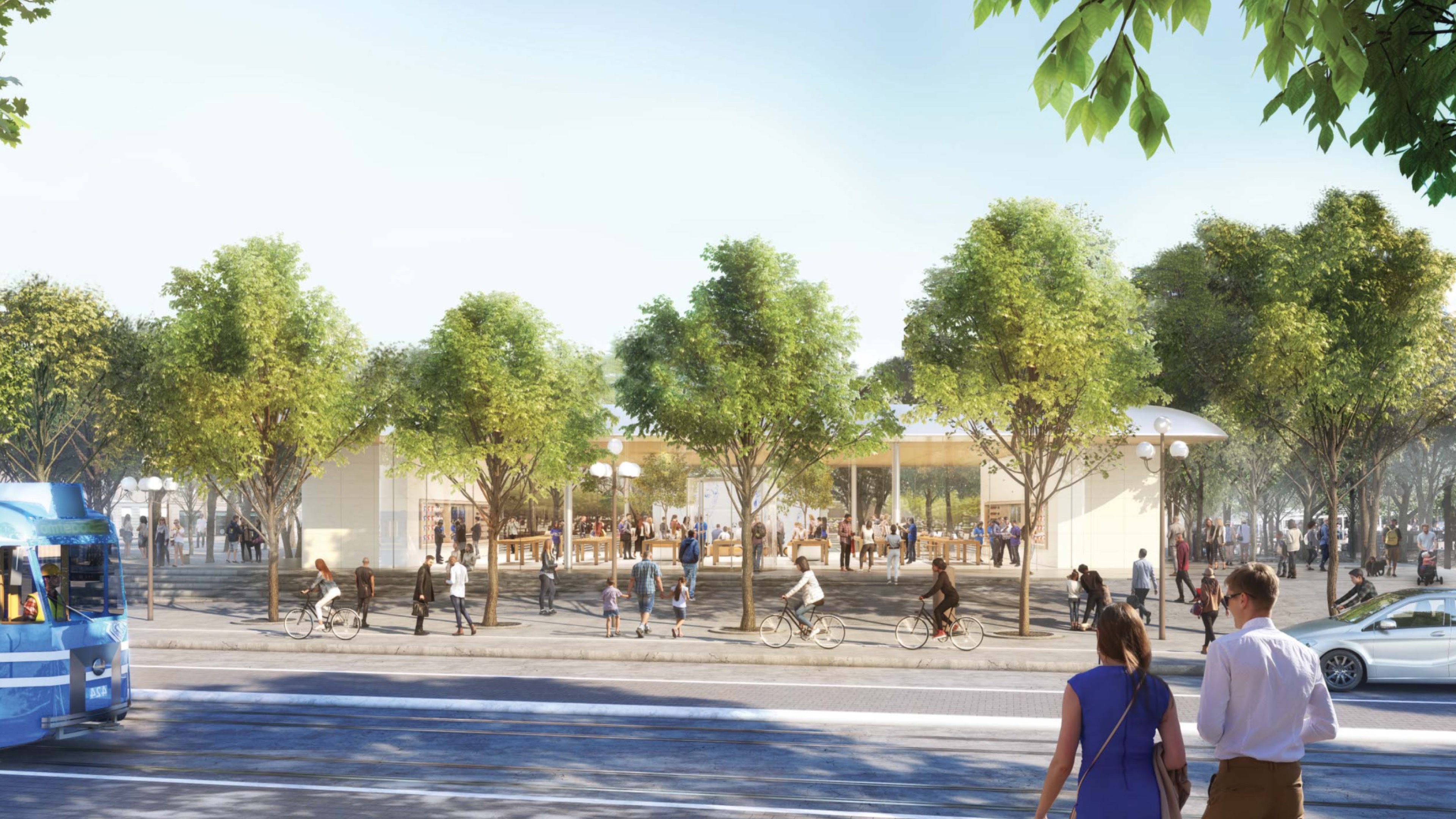 “Personally, I think it would be a huge step up aesthetically from the (TGI) Friday’s restaurant that currently occupies the space, but I do think there could be even better use of the location than an Apple Store,” Stockholm-based software developer Andreas Hassellöf told me. In early July, public consultation began on the project, with hopes to facilitate similar civil discourse about the best use of the space.

Even Apple’s newly completed amphitheater in Milan, Italy has not gone without criticism. An unfavorable review in one Milanese newspaper called the store “an invasion.” Built underneath the historic Piazza Liberty, the space was formerly home to the Apollo Cinema.

In cities where town square-format Apple locations have already been established, communities have embraced the stores warmly, dissolving initial skepticism. Apple Michigan Avenue has quickly become an architectural destination and photography landmark in downtown Chicago. Apple Williamsburg in Brooklyn routinely draws crowds to star-studded live performances. So why are new projects so polarizing?

Apple’s earliest stores received little criticism, since most conformed to standard storefronts inside existing shopping malls throughout the United States. Even later and more ambitious projects were generally well received, with only a few exceptions like “there goes the neighborhood” concerns over New York’s Upper East Side store. Apple’s retail projects have long been lauded for their careful restoration and painstaking attention to detail. 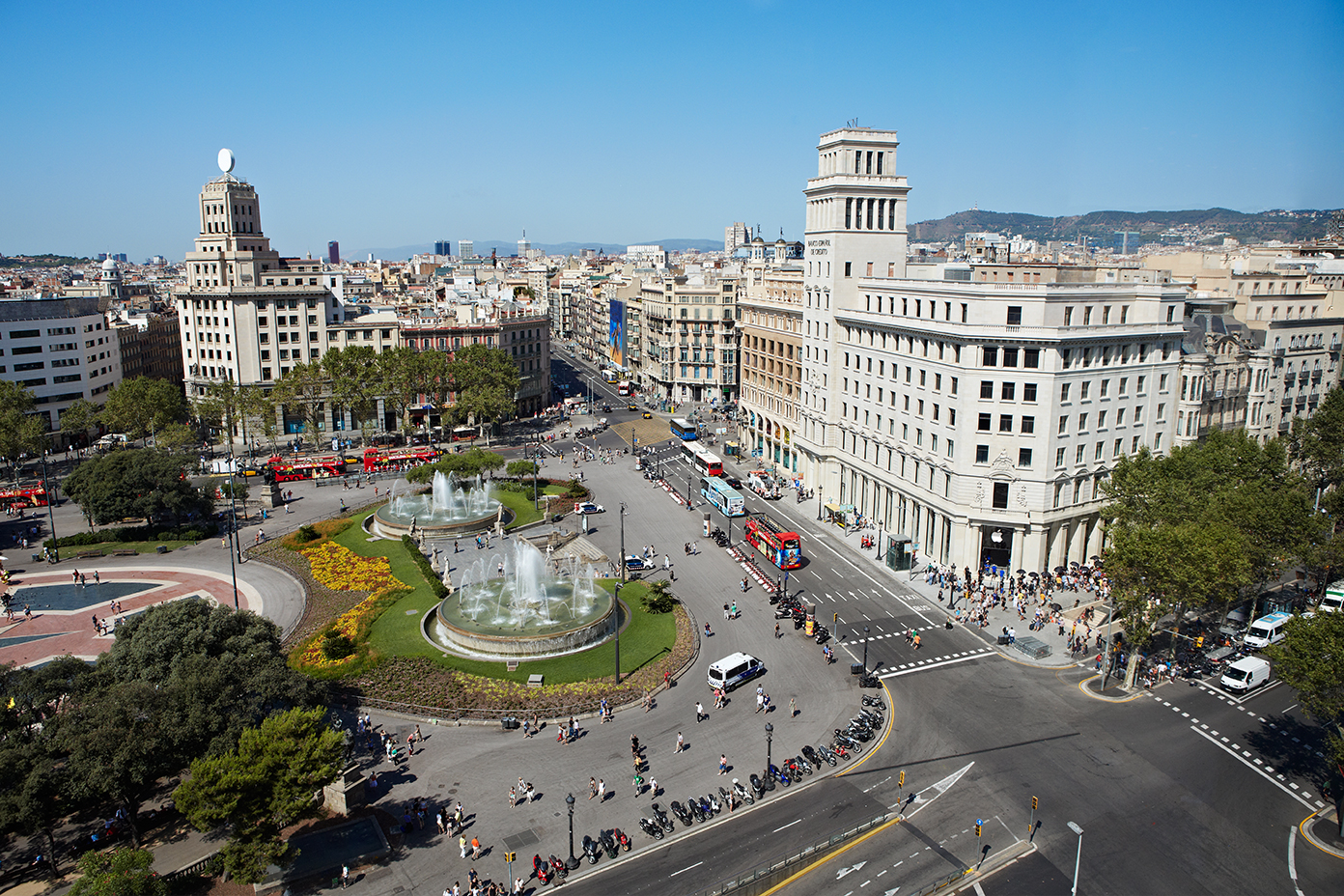 Even the idea of Apple retail functioning as a gathering place isn’t entirely a new concept. Stores like Puerta del Sol in Madrid and Passeig de Gràcia in Barcelona bordered public areas long before the rollout of Today at Apple. Widespread skepticism didn’t begin until Apple started explicitly promoting their stores as modern community hubs. A new wave of negative press coverage lamenting the privatization of public space followed when Angela Ahrendts used the words “town square” during an Apple keynote. Customers hear a message that Apple is trying to replace, not complement their cherished public spaces.

Misaligned expectations may also contribute to skepticism. Anyone who has been to a contemporary Apple store with the latest design elements, video wall, and Forum will immediately recognize how dramatically different the spaces feel compared to “classic” locations. But in Australia, only one store has been refreshed with the new design. In Sweden, none. Globally, only around one fifth of all locations can offer the full Today at Apple experience. Without visiting a new store or taking a Today at Apple session, it’s difficult for concerned citizens to form an accurate picture of how Apple will impact their community.

“Gadget store can’t be the best possible use—not in the District,” writes Kriston Capps for CityLab in an argument against an Apple store in Mount Vernon Square. The perception of Apple stores as simply electronics outlets – no different than a shiny Best Buy – is not uncommon, and it speaks to a need for more thorough communication from Apple to the communities they prepare to enter. 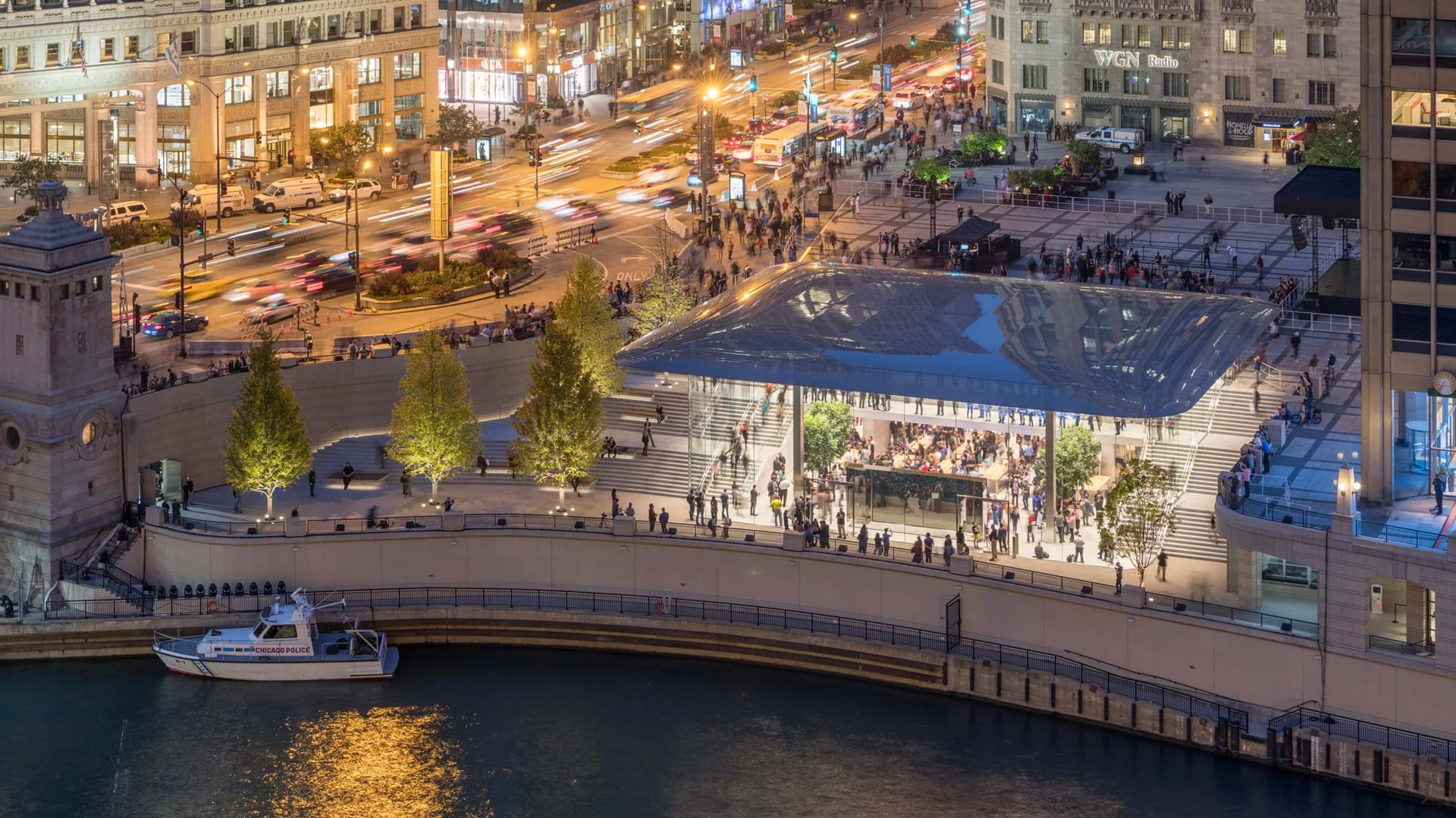 While Apple can’t send every Stockholm citizen to Milan to see what’s in store for Kungsträdgården (although a few local journalists were offered a preview), they can take a proactive role in the community before construction even begins. Hosting Today at Apple-esque events and sessions in local venues – even without an accompanying store – would reap goodwill and offer residents a preview of what they can look forward to. Projects like the former Apple Music Festival come to mind. “…After seeing what they have done here in Milan, I’m not particularly worried that it will be bad in Stockholm,” writes Feber.

History has shown that commercial activities and public space can live hand in hand when executed in way that provides a perceived value to every party involved. Broader acceptance of modern-day town squares will continue to be a significant challenge for Apple as their retail ambitions trend toward increasingly grand architecture projects. The success of a store can’t be measured only by completion and profitability, it must also be valued as a resource by those who live and work around it. An upfront effort to set the stage and educate people about a significant store wouldn’t be a frivolous expense, rather it demonstrates a long-term investment in a community that’s about to do the same.

Today at Apple worldwide: The first year in review

Apple’s former retail stores: Where are they now?

Apple retail in 2017: A look at every store opened, closed, and remodeled