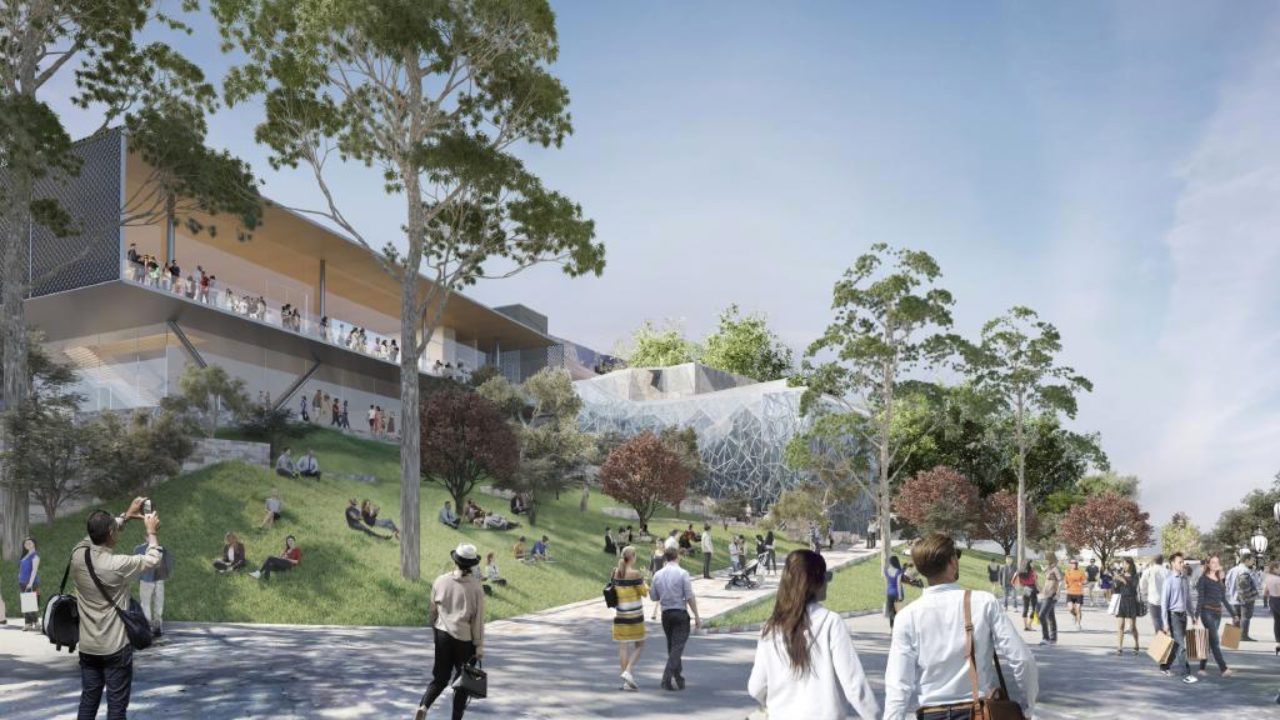 Apple first presented architectural renders for the new structure last December in an Australian Newsroom post, where illustrations showed a two-floor pavilion replacing Federation Square’s Yarra building. Rumors of a store in the square surfaced as early as 2016. Apple said the space would create the company’s “most significant store in the Southern Hemisphere.” Instead, the project quickly became the most controversial, and the sharply angled roof earned it the nickname “Pizza Hut pagoda” among detractors.

Today, Apple submitted new plans to the City of Melbourne that were revised with input from Don Bates, Federation Square’s original architect. Apple’s second attempt at transforming the square seeks to cool tensions with the community.

BJ Siegel, Apple’s senior director of retail design, noted that both the original design and today’s revision are aimed at opening Federation Square to the Yarra river through the use of landscape planning and by lifting the store for improved views.

When compared side by side with previous illustrations, Apple’s new plans dramatically alter the look of the proposed store, removing the angled roof entirely in favor of a flat, cantilevered design. The Herald Sun notes the entire roof will be covered in solar panels. In addition to tweaking the building’s design, Apple has added spaces for live performances, improved disability access, and an additional 500 square meters of new public space.

It remains to be seen how the new design will be received by the citizens of Melbourne, some of which have been extremely vocal about their distaste for Apple’s plans. According to today’s renders, the Yarra building will still be demolished. The “Our City, Our Square” campaign has placed posters against the store around Melbourne and collected thousands of signatures calling for a stop to the project citing a “blatant abuse of precious public space.”

The reimagining of Apple stores as modern-day town squares has been a challenge for the company, as new projects seek to inject Apple’s presence directly into the cultural centers of many major cities. Similar, though more tempered criticism has risen over plans for an Apple store in Stockholm’s Kungsträdgården.

Earlier this month, public consultation began in Sweden on the proposal. Concerns have also been raised over Apple’s current construction in Washington D.C.’s Carnegie Library.