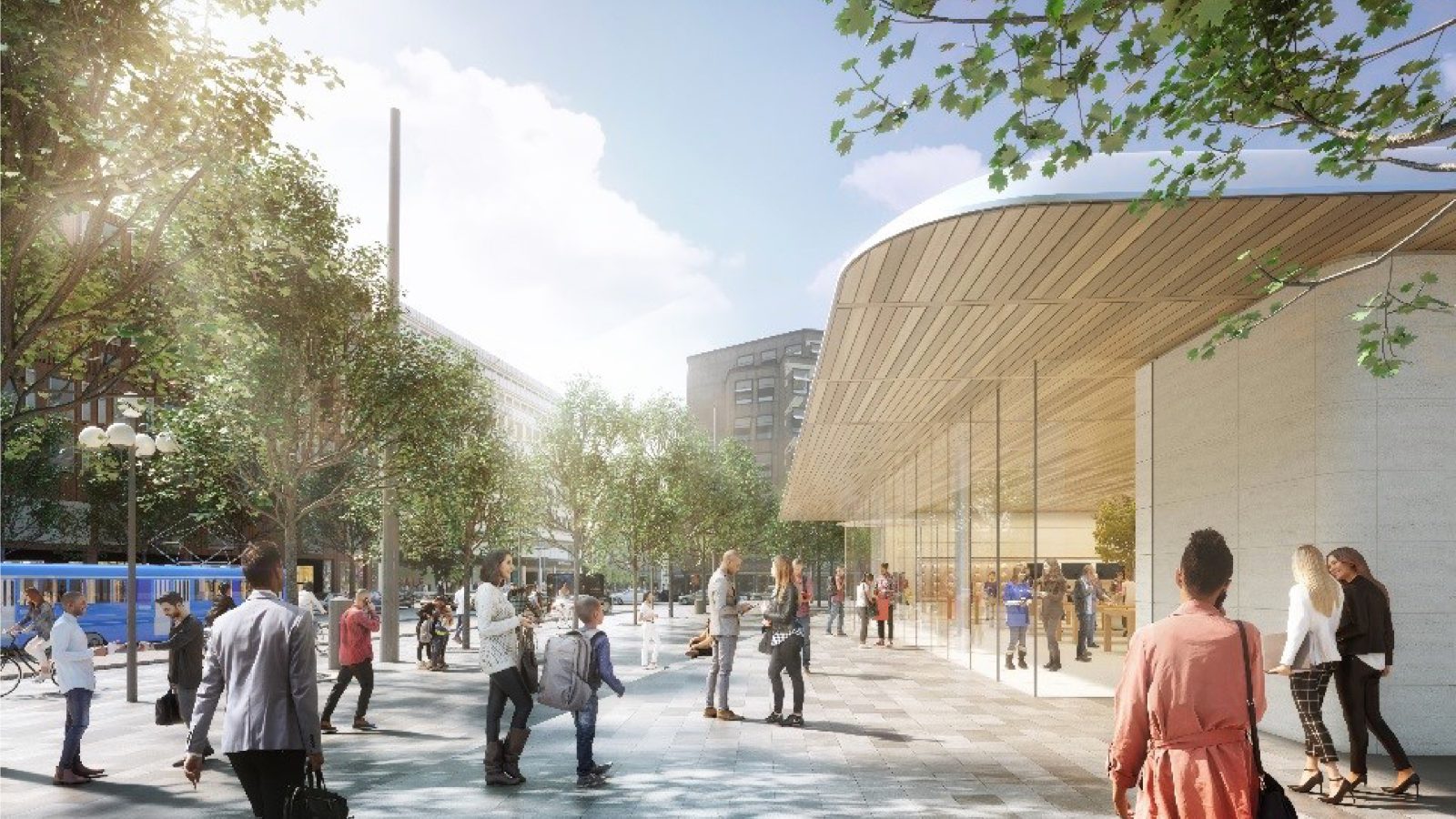 Beginning today, residents of Stockholm, Sweden, will have the opportunity to inspect Apple’s plans for a significant new retail store bordering one of the city’s most popular public parks.

From now through September 12th, the draft proposal for Apple’s 4th store in Sweden is on display in city facilities and open for public comment in writing. In addition, 24 local agencies and bodies have been invited to offer their own thoughts, and a consultation meeting has been scheduled for August 23rd. Ahead of the consultation, a series of new renderings have been released depicting the proposed store.

Reports of Apple’s wish to build a new store in Stockholm’s Kungsträdgården surfaced all the way back in early 2016, with an opening date within two years predicted. Construction at the site – or even demolition of the existing structure – has yet to begin, due to roadblocks along the way.

For Stockholm residents, Kungsträdgården is an important landmark location, and Apple’s plans to build a store overlooking the historic park have been met somewhat coldly. In April 2016, it was reported that while City Council members voted in favor of the store, some Stockholm residents urged Apple to search for a different location. 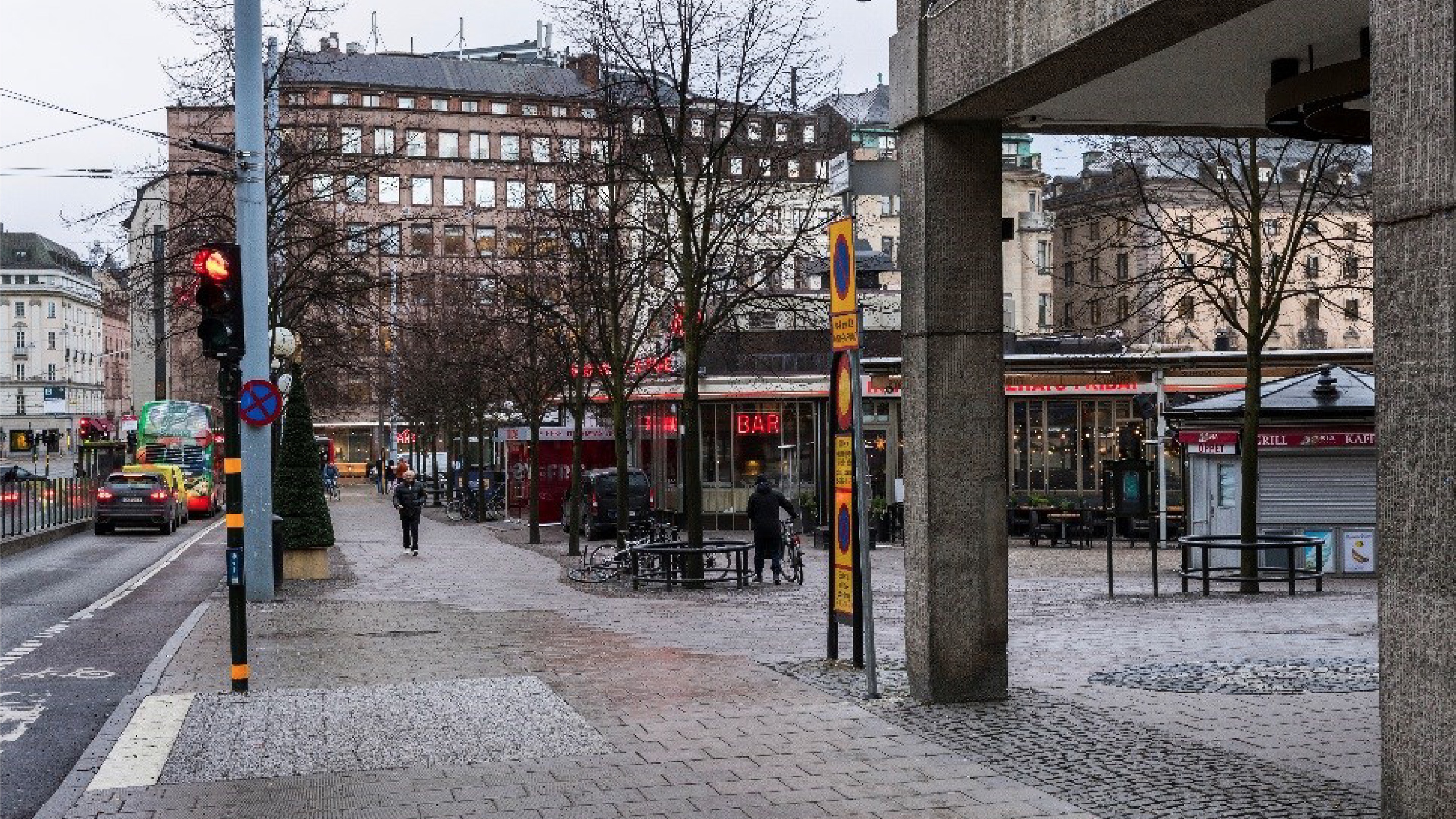 In following months, The Foster + Partners-designed structure was put under significant scrutiny. In order to reduce the store’s visibility in the park, Apple later submitted a revised plan with notable design compromises. Today’s renders attempt to obscure the structure further, perhaps in hopes of downplaying its impact to the square.

Opponents of the project argue against the commercialization and disruption of a historic community space, although the site is currently home to the novelty American chain restaurant TGI Fridays. Under the current proposal, the franchise would be demolished to make way for Apple’s store, where community-centered Today at Apple events would be held.

In recent years, Apple has faced increasing resistance to new retail locations as it attempts to model its stores after modern day town squares. Building at existing town squares is a logical extension of this philosophy, but often makes residents of surrounding communities uneasy, as many fear the deterioration and commercialization of public land. No better example can be found than in Melbourne, Australia, where months of protests and backlash have followed Apple’s plans to open a store in Federation Square. In Washington D.C., some have resented Apple’s decision to restore the city’s Carnegie Library, where the building will be shared with the Historical Society of Washington.

Keep up with our Apple retail guide for more store news.