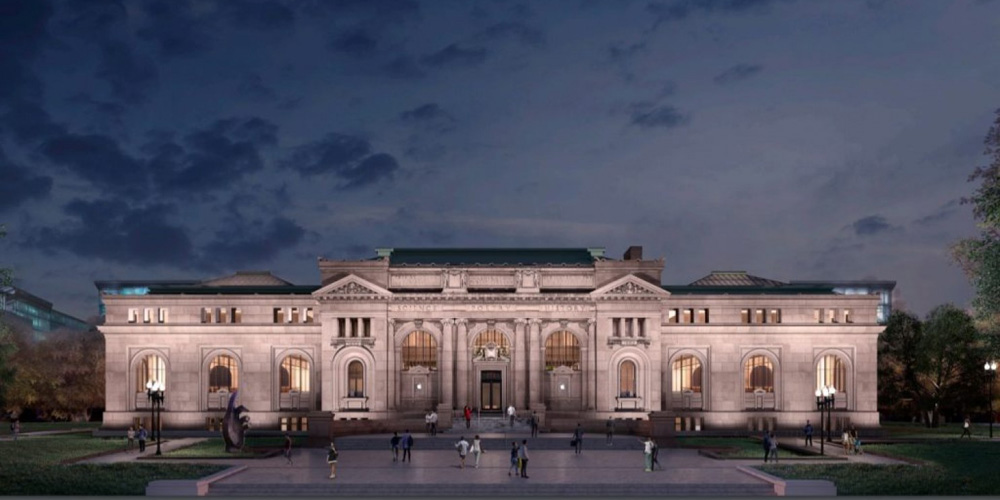 Ahead of opening later this year, Apple has posted several job listings for various positions at their new retail location in the District of Columbia. Located inside the historic former Carnegie Library, the new store will be Apple’s second in Washington D.C., and one of the company’s largest historic restoration projects to date.

Apple typically posts job listings several months before opening new locations, indicating that visitors waiting to see the new store may still have to wait a little while.

We first heard about Apple’s plans to renovate the city’s Carnegie Library in September 2016, and later that year it was reported that a 10-year lease was proposed. This past May, Apple presented its plans for the historic building’s renovation, which include a large skylight and restrained signage on the exterior to preserve the structure’s character.

Final approval and more details about the proposed store came in July, as lease documentation revealed that 19,000 sq. ft. of floor space would be under Apple’s control. Most recently, retail chief Angela Ahrendts spoke about the new space in an appearance at Apple Park’s Steve Jobs Theater this past September.

The future of D.C.’s Carnegie Library has been in question for some time now, after plans for a Spy Museum in the building fell apart in 2014. While Apple says the building is the perfect space to hold Today At Apple Events, others have argued that what was originally a public institution shouldn’t house a corporate tenant. The company already operates another retail location in Washington D.C., Apple Georgetown.

Apple is no stranger to historic preservation, however, currently finishing up restoration work on prominent structures in both Paris and Vienna. In 2015, Apple opened their Upper East Side retail location in a former Beaux Arts bank building, and in 2016 completed an update of their flagship store on historic Regent Street in London.