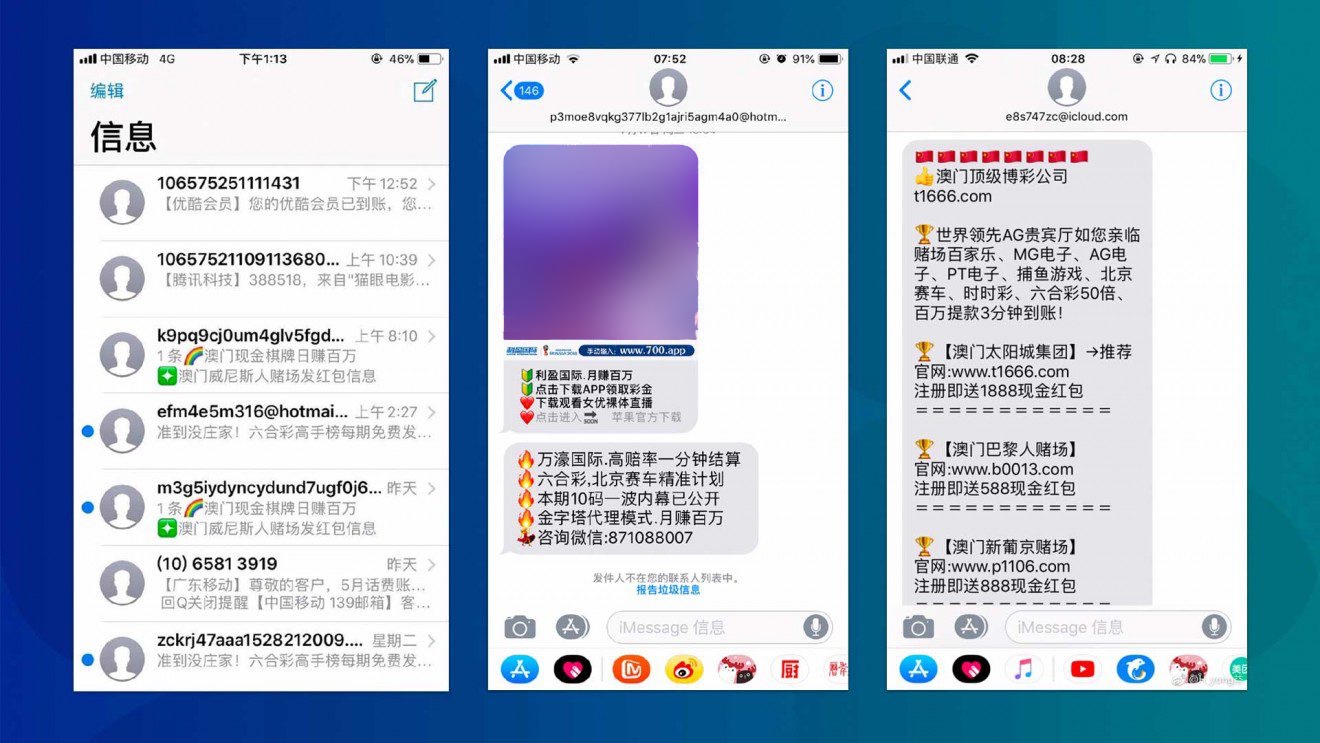 For the last few days, Chinese state media started a mini smear campaign on Apple, criticising the company’s App Store policies and voicing frustration at ongoing SMS and iMessage spam in the region.

Reuters reports that the Chinese media quoted an Apple rep announcing that Apple will be rolling out new ways to block iMessage spam accounts, and is developing ‘advanced technology’ to automatically identify junk messages. In a statement to Reuters, Apple said that they have been ‘working to reduce the issue of spam for quite some time’.

Whilst text message spam is an affliction that the whole word experiences, it is particularly common in Asia. Chinese regulators have recently targeted to cut down on this spam. Whilst they can intercept SMS communications, it has no control over the end-to-end encrypted iMessage chats.

This ultimately resulted in an uprising of public complaints to Apple in recent weeks to do more, as the mobile carriers are powerless as far as iMessage is concerned.

With iOS 10, Apple launched new recipient blocking and junk features. Messages from unknown recipients include a ‘Report Junk’ link at the bottom of the transcript, so users can easily block spammers on an account-by-account basis.

With the latest proclamations from the Chinese media, it sounds like Apple is exploring some more automated and proactive approaches, likely deploying machine learning techniques. Apple did not confirm exact details or a timeline for when these new features may be deployed. The China News Service said Apple is collaborating with Chinese telecom firms on this effort.

China is a key market for future iPhone growth. Just over a year ago, Apple appointed Isabel Ge Mahe to a new VP position to oversee and drive Chinese operations.