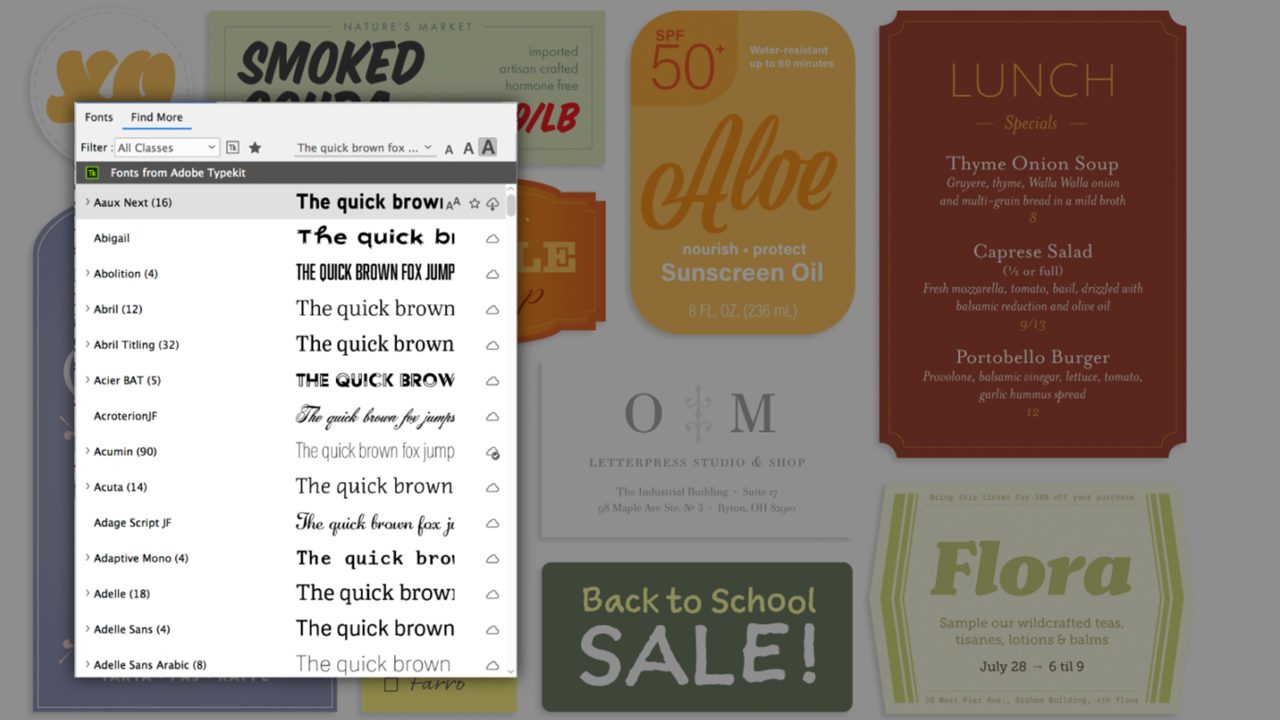 Adobe today gave a sneak peek of a completely overhauled font interface set to make its way to two of the company’s most popular Creative Cloud applications, InDesign and Illustrator.

Bolstered by deep integration with Adobe Typekit, InDesign and Illustrator’s new font menu adds several features that should streamline the workflows of creators who depend on the apps everyday. The experience begins with improved font previews. Larger type samples will appear next to each font, and users will be able to enter any text they wish to use as the sample, making it easier than ever to quickly compare typefaces.

Creative Cloud members have access to 9,000 fonts thanks to Adobe’s Typekit library. Today, the only way to manage and add fonts to Creative Cloud apps is to use Typekit’s web interface. In the upcoming releases of InDesign and Illustrator, Adobe has built the power of Typekit on the web right into the font menu. Any available font can be previewed, activated, and synced without switching applications. Users will even be able to use Typekit’s font filtering UI to quickly find the font they’re looking for.

While Adobe hasn’t given a specific release date for the new interface or if it’ll come to other Creative Cloud applications, more details are offered on the Adobe Blog and in a short video:

Alongside today’s Creative Cloud news, Adobe also announced the addition of 665 Monotype fonts to the Typekit library. The new collection includes several classic designs created in the earlier 20th century and many that were refined for adoption into digital type.